Urs Meier: I can’t believe anyone thinks Sol Campbell goal should have stood 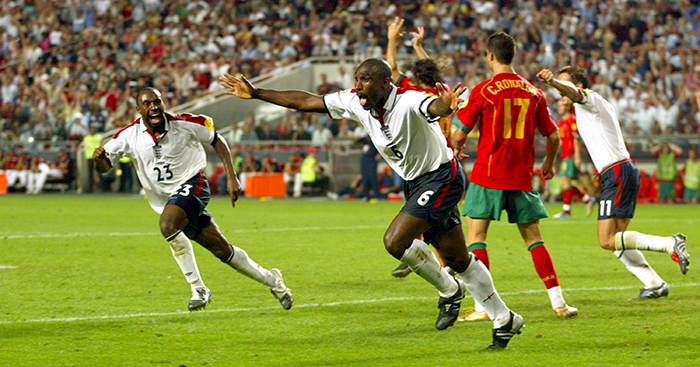 England fans remember Urs Meier as the man who denied them a chance of glory at Euro 2004. But the former referee himself remains as convinced as ever he got the big decision right.

Meier had been officiating professionally in his homeland of Switzerland for almost a decade before he was given his first major tournament in 1998. He would go on to referee in a succession of tournaments that would take him through to the retirement age of 45 after Euro 2004.

However, for all the big games Meier took charge of, including the 2002 Champions League final, it was his final major tournament game – and what should have been the final game of his career – that he is most remembered for.

It was, of course, the Euro 2004 quarter-final between England and Portugal, when Meier disallowed what would have been a last-gasp winner from Sol Campbell after adjudging John Terry had fouled goalkeeper Ricardo.

England went on to lose on penalties and the decision to disallow the goal saw Meier receive thousands of death threats after English newspapers leaked his personal details.

All these years on, Meier still can’t believe there was even a debate about the decision.

“When I saw the goal it was clear to me,” he says. “It’s still to me a foul play by John Terry on the goalkeeper.

“In the German book of referee laws there is a good example of what I saw there so I was surprised by the reaction. I thought, ‘How can a football nation like England not see that is a foul play?’” 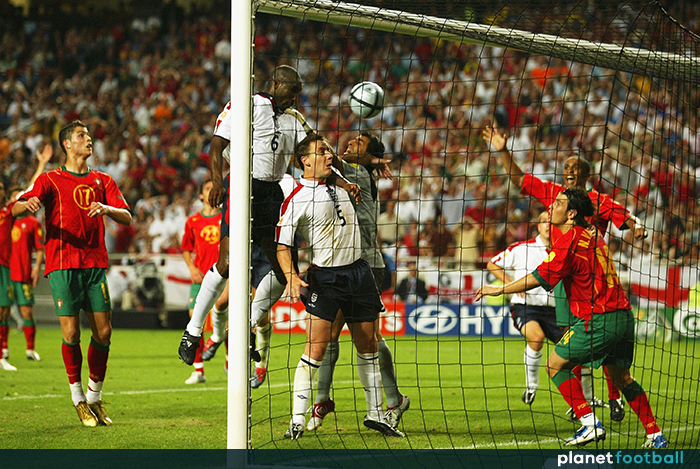 The threats from England were so strong that Meier had to be placed under police protection, but though he admits he was scared in the initial aftermath, the strength of the reaction led to him actually postponing the retirement he had planned going into the tournament.

“I think for three or four days I was on the front page of The Sun, there were death threats and I had to go undercover in Switzerland for 10 days,” he says.

“I had no contact with my family, it was a really hard time and I started to be a bit afraid around fans because you never knew what was going to happen.

“I was in an airport a few months later and I heard someone behind me speaking English and there was a reaction in my body.

“My goal was always to retire after Euro 2004, but after this tournament it was not the right time to stop. It would have looked like the English fans had ended my career.

“But I was 45 and only went one year longer. I had to give up the FIFA badge so I went to the end of the domestic season. I didn’t retire because of the reaction to that game.”

Despite all that followed, Meier describes that England v Portugal game as “one of the best games I ever did”.

Meier says he started to enjoy the games he was officiating in after a piece of advice in the 1990s, and he is quick to recall some of his favourite memories from his career.

“The goal from [Zinedine] Zidane in the final in Glasgow,” he says. “Back then we whistled when a player scored and I think this was the longest whistle I ever did. It was such a fantastic goal.” 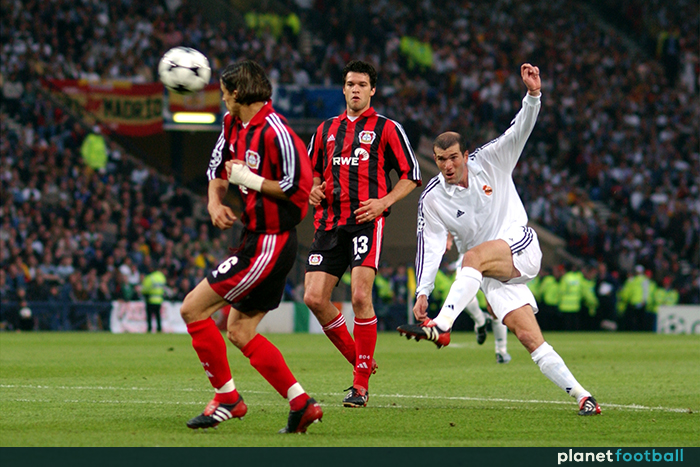 Meier lists Deportivo’s comeback against AC Milan in 2004 as another “special game” but rates a UEFA Cup match between Arsenal and Borussia Monchengladbach in 1996 as the most enjoyable of all he took charge of.

“It had no yellow cards and it was a fantastic football game,” he says. “Both teams played great football, it was a fast game without any nasty fouls.”

He also fondly remembers a big decision he made in Manchester United’s dramatic comeback against Juventus in Turin in 1999.

“I made a good decision to play advantage for United’s third goal. I could have given a penalty, but I would have had to send the goalkeeper off.

“The ball went past and Andy Cole came onto it. The angle didn’t look so good, but I felt Cole had the capacity to score from there.

“I went to Alex Ferguson and said, ‘This is football, this is an advantage,’ and he looked back at me and said, ‘Fantastic, that was good, thank you.’

With referees unable to talk in public about why they may have made a certain decision, whether right or wrong, Meier tried to disassociate himself from any possible repercussions and focus solely on the decision in isolation.

“For a big decision it has to be 100% clear for yourself,” he says. “Someone said to me once, ‘You know why you have so much success?’ and they said it was because I don’t think about the consequences.

“I didn’t think about if it was against the home team or the big team, football is football and to me it was white against red.

“I had a game in Euro 2000 between Romania and England when I gave a penalty against Phil Neville and England went out.

“But I wasn’t thinking about that because if you think about that you perhaps don’t give the decision. It was a penalty so I gave the penalty.” 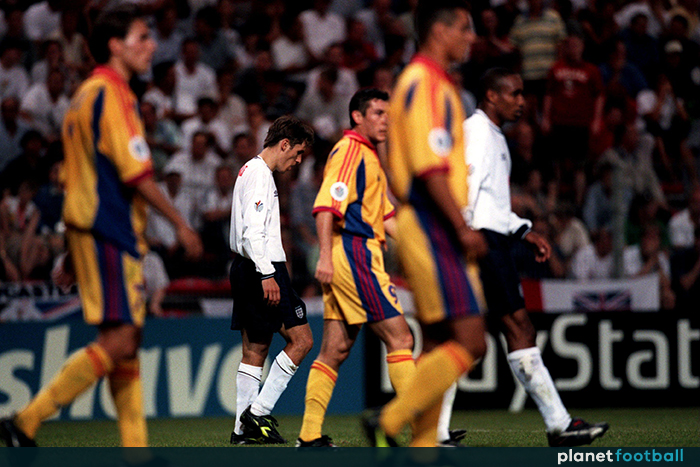 But for all the good games and the respect Meier gained across his career, every referee makes mistakes.

Asked what decision he quickly realised he had got wrong, he remembers a Champions League semi-final between AS Monaco and Claudio Ranieri’s Chelsea, when he sent off Greece midfielder Akis Zikos for an incident with Claude Makelele during the first leg in the principality.

“In this situation the Chelsea player was a good actor,” he laughs. “I made a wrong decision to send the Monaco player off because it was never a red card.

“It was more a yellow, but I reacted because of the way the Chelsea player reacted and that was wrong, it didn’t become 100% my decision anymore.” 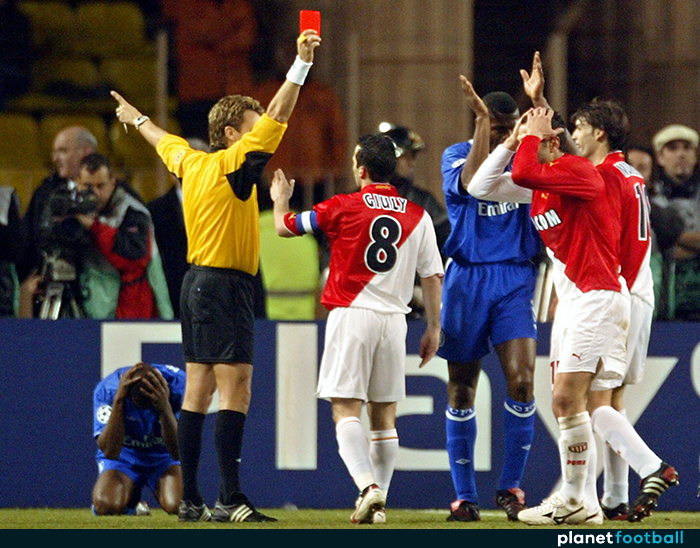 But Meier insists he never let a decision affect the rest of his game and has tutored would-be referees to never look back on a decision until the game is over.

“You have no doubts during a game, you are clear your decisions are correct.

“I said to all referees when I was chief of the Swiss referees that I forbid them to watch decisions at half-time. A lot go in at half-time and they do and they are influenced for the next decision.”

Meier has overseen a lot of change in refereeing since retirement, the biggest now being the introduction of VAR around the world and its implementation for this year’s World Cup in Russia.

And though he feels it can work for referees in the future, he’s not convinced it’s ready for use at such a major tournament yet.

“UEFA are saying it’s too early for the Champions League because it’s still in its test phase and they are right. 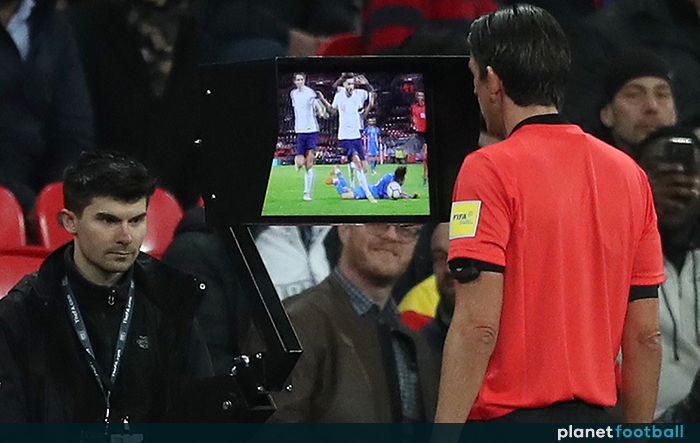 “In 2006 we wanted to install goal line technology, but it wasn’t ready so we waited and we waited until 2014 for it to be ready.

“The VAR isn’t ready and if it’s the same pictures we had at the Confederations Cup it will not be good for football and FIFA.

“I always say it’s like an airbag, it’s useful if you need it,” he laughs. “Normally you don’t need it, but it’s possible maybe one time you will need to rely on it.

“But if you need to use it three or four times then you ask is he a good driver?”