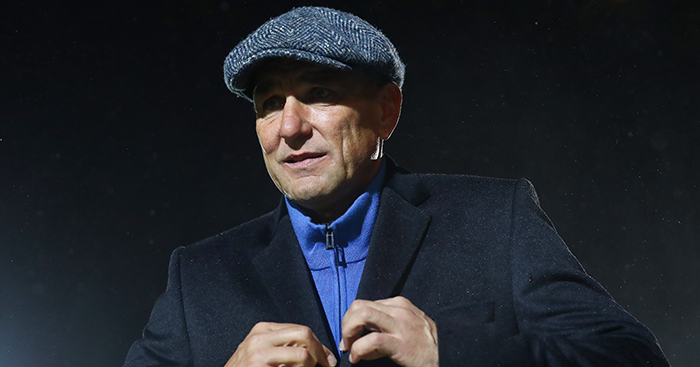 Vinnie Jones has featured in more than 70 films since his football days and has recently produced a $6million movie in Hollywood – but he’d swap it all for a career in coaching.

Jones made more than 500 appearances as a player in the 80s and 90s, including 303 in two memorable spells with Wimbledon, and the former Wales international had originally hoped to go into management after hanging up his boots.

He had joined QPR as player-coach under Ray Harford in 1998 as his first step towards that aim, but when Harford was sacked early into the 1998-99 season, it was Iain Dowie rather than Jones promoted from the coaching staff.

Jones got his acting break that same year in Lock, Stock and Two Smoking Barrels, but not being given a chance at Loftus Road still hurts.

“I would love to have stayed in football, that’s the big regret I have in my life,” Jones says.

“I enjoyed my time working as assistant manager to Ray Harford at QPR, but Iain Dowie was lurking in the background trying to get the top job and that made it difficult.

“He was a No.3 at the time and thought he should be a No.1, but I would have liked the chance to take over from Ray. QPR is a brilliant little football club with great fans and I will always feel I got a raw deal there. 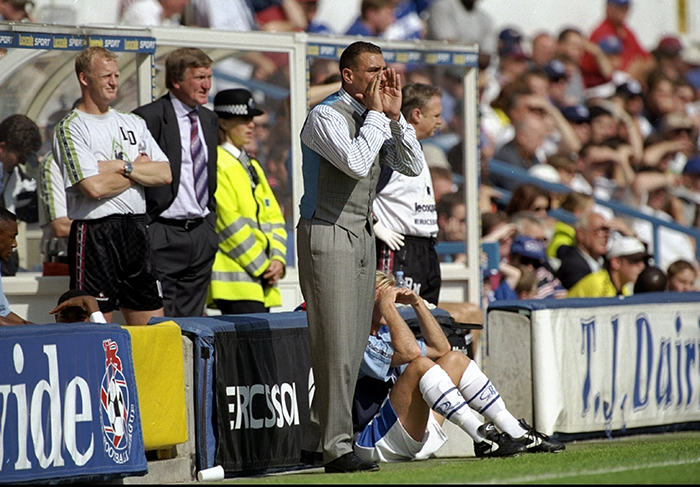 “I have just produced a $6million movie in Hollywood and my experiences in acting have been incredible, but I will always regret not getting that chance to take over as QPR manager.”

And while most would see working alongside major stars in Hollywood as a decent substitute for a life in football, even that, Jones says, can not replicate the enjoyment of being on a training pitch.

“It never replaced the buzz of football, but it gave me a different buzz,” he says. “Walking on the set of my first movie in Hollywood and seeing Nicolas Cage and Angelina Jolie coming out of their trailers and walking on to set with me was an amazing moment.

“It was the first scene for Gone In 60 Seconds and my bum completely dropped out. Whether that was a buzz or a panic, I don’t know, but it was certainly memorable.

“The buzz of playing football is hard to replace. I can see why a lot of footballers have a breakdown when their career ends because playing golf every day is no replacement.

“What has happened to me with my acting career was wonderful, but I would swap it in a heartbeat to be on the training pitch every day as a player or a manager with the lads.”

‘Passing sideways is not bold’

Jones played in the first six seasons of the Premier League with Chelsea and Wimbledon, and while English football changed dramatically in these years as overseas talent started to be attracted to the newly-rebranded top flight, Jones does not think the actual football has changed a great deal in the two decades since he called time on his career in 1998.

“I look at the game now, the beautiful game we keep hearing about, and I wonder if it is all that,” Jones says. “We have a lot of foreign players in England now playing this tippy-tappy football, but a large percentage of goals still come from set-pieces or good quality crosses into the box.

“That is what Wimbledon were all about and why no one enjoyed played against us. Yes, we were physical and got stuck in, but we were good at what we did and the opposition didn’t know how to stop us.

“I don’t think the game has changed as much as some people like to believe it has. Maybe we didn’t pass it around at the back as much as a lot of the top teams these days as we liked to get it forward quickly and put teams under pressure, but don’t confuse that with long-ball football.

“We would get fined by our manager Dave Bassett if we passed the ball backwards! Nowadays, that is not seen as a problem.

“In my eyes, courage for a footballer is to pass the ball forward. Passing it sideways or backwards is not being bold.

“Our philosophy was to get the ball forward, play in the opposition’s half and let them worry about what we are going to do to them. We were always accused of lumping it up to John Fashanu, but there was more to us than that, a lot more.”

Wimbledon were known as the Crazy Gang during Jones’ two spells at the club and were not exactly media darlings as they progressed through the leagues, bloodying plenty of noses along the way and famously beating Liverpool in the 1988 FA Cup final.

But as well as Jones, who won the Second Division title with Leeds United in 1990, Wimbledon had several other players who represented bigger, more fashionable clubs, and Jones believes they were underrated as a team.

“When you look at that team now, we had some great players in there,” says Jones, who was part of the BT Sport team to see AFC Wimbledon knock West Ham out of the FA Cup.

“Dennis Wise, John Scales, Andy Thorn, Terry Phelan, John Fashanu…all top footballers, but we probably never got the respect we were due.

“Some people in the media thought we were lucky and didn’t consider changing that story.

“When Wimbledon were causing chaos at the top end of English football, some journalists loved the story we created and a lot of them hated us.

“It is all down to taste. Do you like HP sauce or tomato sauce? Wimbledon were the marmite of football and that is why some reporters despised everything about us and put us down at every opportunity.

“We saw ourselves as the team giving hope to every small club in the country, the great British underdogs.

“What we were doing was impossible in many ways, but we had some good players in that Wimbledon team and maybe people only appreciated that when we went on to other clubs and played international football.”