Vinnie Jones: Wimbledon have to get under West Ham’s skin to stand chance 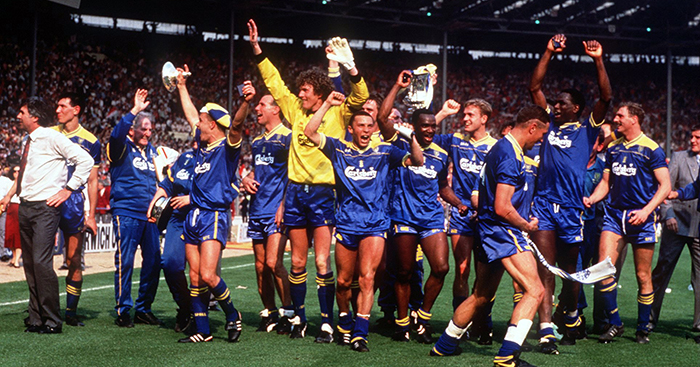 Vinnie Jones has urged Wimbledon’s class of 2019 to draw inspiration from his team of legends that guided the Dons to FA Cup glory against Liverpool at Wembley 31 years ago.

Jones was part of the Wimbledon team that secured a famous victory in the 1988 FA Cup final against Kenny Dalglish’s First Division champions, instantly carving themselves a place in the competition’s folklore.

After the original Wimbledon became the MK Dons in a contentious move 16 years after that great day at Wembley, AFC Wimbledon have revived the true ‘Crazy Gang’ spirit as they have fought their way into the Football League – and they now have a huge platform to perform on when they take on Premier League side West Ham in the FA Cup fourth round on Saturday.

While Jones admits the mountain facing his former team-mate and current Wimbledon manager Wally Downes may be too steep to conquer this weekend, he hopes the memories of 1988 will inspire the club’s current players.

“Our win in 1988 shows what the FA Cup can do for a player,” Jones told Planet Football.

“Now, more than 30 years later, we are still talking about it with pride and that is what this competition can do, so the players who will represent Wimbledon have to remember what we did and try and draw something from that.

“This is a tough match for them. They started off flying under Wally Downes, but it has all come to a bit of a grinding halt and that can happen for a new manager. What we know from many years of experience is the FA Cup is a very different story. 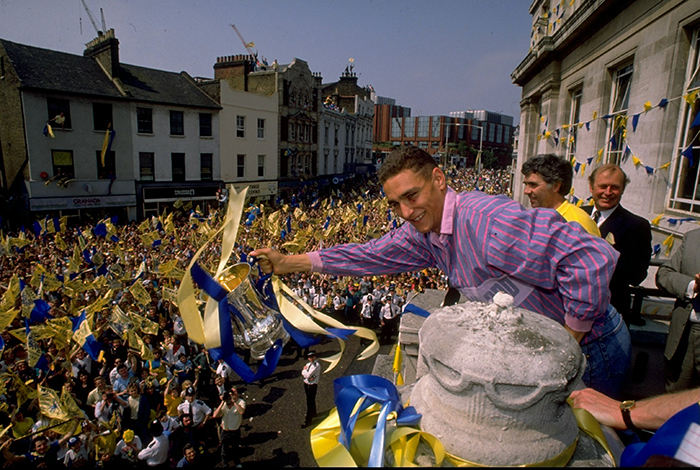 “If West Ham turn up and play as we know they can, there will only be one winner, but Wimbledon have to find a way to stop them and hope will become one of those special days.

“If they can get under West Ham’s skin, let them know they are away from home and on Wimbledon’s patch, there might be a bit of an upset, but this is a massive task, no doubt about that.

“These are great teams with a great history in this competition and that’s why people are getting excited about this tie.

“I’ve always had a soft spot for West Ham and they have pulled off a few famous FA Cup upsets of their own down the years, and Wimbledon’s famous win nearly 30 years ago means our club will always have a unique place in the FA Cup story.”

As Jones reflects on his golden FA Cup moment in 1988, he admits his team feared they could go down in history for all the wrong reasons.

“In this competition, you always have to believe,” adds Jones, who will be part of BT Sport’s coverage of AFC Wimbledon v West Ham on Saturday.

We are delighted that Vinnie Jones will be joining us at Saturday's big @EmiratesFACup tie against @WestHamUtd. Don't worry Vinnie, we've got the 1988 FA Cup winners' medal you donated to us in safekeeping! #AFCW pic.twitter.com/d3GW0XnL8G

“If I take myself back to 1988 when we took on an incredible Liverpool, our main mission on the day was not to get embarrassed and humiliated.

“There was a chance that we could have been on the end of the biggest hammering in FA Cup final history and we would be having a very different conversation then.

“You might be asking me how it felt to lose 11-0 in the FA Cup final in front of 11 billion people worldwide and maybe we would never have shown our faces again.

“These days are all about grasping the moment and that is what these Wimbledon players now have to do.”