‘We could tell that he was The One’: The magic of Zidane’s France debut 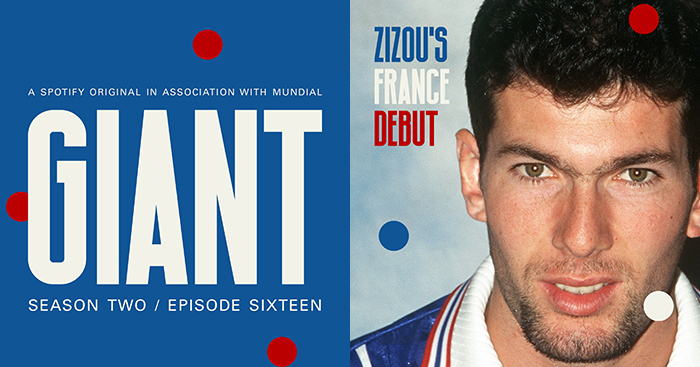 Every legendary international career starts somewhere. For Zinedine Zidane, his began after a twist of fate in Bordeaux, back in 1994.

Zidane announced his Les Bleus arrival in stunning style to help usher in a new era following the abject disappointment of failing to qualify for USA 94.

Having enviously watched on as the likes of Roberto Baggio, Hristo Stoichkov and Romario lit up that World Cup, it wouldn’t be long before a new cycle began with a renewed sense of optimism as France began to look ahead to hosting the tournament four years later.

But first, they had to qualify for Euro 96 in England. Exactly a month after Italy and Brazil played out that drab goalless draw in the World Cup final in Pasadena, preparations started with a friendly against the Czech Republic.

Gerard Houllier had been shown the door following the qualification debacle, with Aime Jacquet arriving as his successor in the dugout, tasked with steering them in the right direction.

Zidane, of course, was ultimately France’s talisman as they became world champions on home soil in 1998. He only needed 30 minutes on his debut to show how special he’d be.

Marcel Desailly was in the starting XI that day and reminisced about the occasion for episode 16 of series two of MUNDIAL’s award-winning Spotify Originals podcast, GIANT, alongside French football journalists Julien Laurens and Christian Jeanpierre. 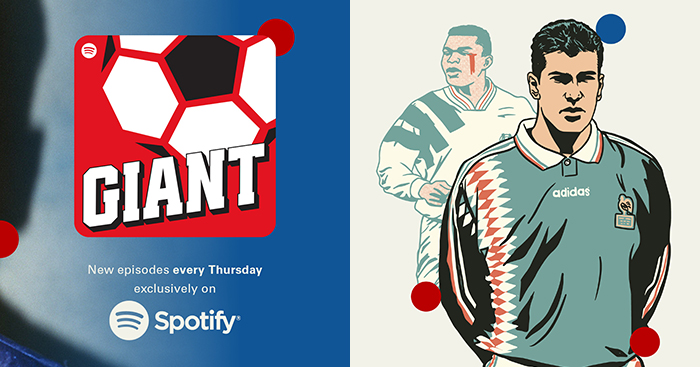 Zidane had made his debut for Cannes five years prior and was beginning to establish himself as one of the rising stars in Ligue 1 with Bordeaux, but he didn’t originally receive a call-up as Jacquet started planning ahead to Euro 96.

It was only after an injury to Youri Djorkaeff that Zidane was given the nod as a local Bordeaux boy at his club’s old Parc Lescure ground.

“You can never see on Zidane’s face, you cannot guess. He doesn’t give anything,” says Desailly, who previously clashed with the rising star of French football whilst they played for Marseille and Bordeaux respectively.

“Even when he became the Zidane that everybody knows, you cannot see his happiness fully. He was happy to be a part, he was first of all surprised, himself, to be selected if you look at his interview at the time.

“He said, ‘I’m surprised, I’m not sure that I’ve played at the level to be part of this national team.’

Fate smiled on him later that season once again, as the place of France’s playmaker became vacant for a year courtesy of Eric Cantona’s kung-fu kick at Selhurst Park and subsequent suspension. But to make it his own, Zidane had to show he was worthy of stepping into King Eric’s boots.

The Czech Republic went into the break in Bordeaux with a two-goal lead, having put in a dominant performance and taken advantage of changes at the back after Desailly was withdrawn early due to a knock.

Just after the hour mark, a fresh-faced 22-year-old Zidane with a full head of hair got the call amid a palpable sense of excitement in the stands – full with fans of his club – as the No.14 went up on the metal boards.

1994 was the year everyone started to realise what Zinedine Zidane could do.

Here’s Zidane’s debut for France, coming on when Les Bleus were 2–0 down against Czech Republic. Zizou scored twice.pic.twitter.com/9PMEGF00XR

Having stepped onto the pitch after sunset on that balmy summer’s evening in Bordeaux, his first act was to hit a free-kick straight into the wall, but from there he grew into the game. The technical ability was unmistakeably Zizou.

In the 85th minute, his moment arrived after Laurent Blanc strode out of defence and played him in on goal with a 30-yard pass.

“Suddenly I see Zidane getting the ball,” Desailly says, recalling how he watched from the bench as Zidane made two trademark step-overs before cutting inside, 25 yards out. “A left-footed shot. Bam!”

A second arrived two minutes later. Zidane was there at the near post to head in a corner to level things up. “Higher than everyone, cleverer than everyone,” in the words of Desailly. 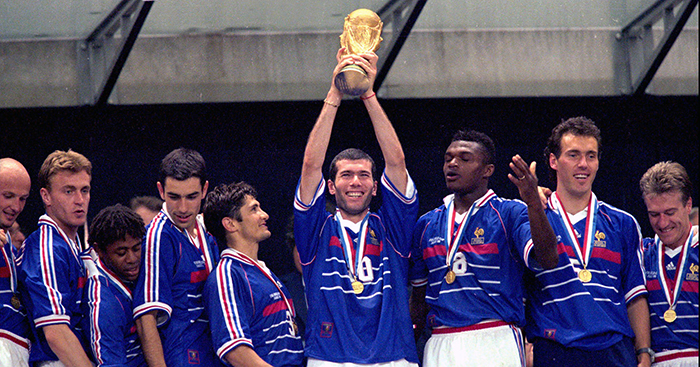 READ: A celebration of Zinedine Zidane and an amazing era for French football

Desailly, who at that time had just won back-to-back Champions Leagues with Marseille and AC Milan and had established himself as one of France’s outstanding players, was waiting gleefully to greet the nation’s new hero in the changing rooms.

“Zidane is somebody very quiet. We were happy all around him, and he was quiet, humble. He knew he had done something great,” says the former Chelsea centre-half.

“Probably he was not ready to celebrate with us because he knew already how hard he was ready to work to become the Zidane that we all know. For him, it was something normal to be able to make that magic moment.

“I think I remember Cantona coming to him and telling him, ‘You are going to be a serious player in the future.’ He was the captain, Cantona, and offered him the flag that we have to exchange with the opponents.

“Zidane was just happy, smiling with us, he knew he gave us a bit of freedom and happiness. We could guess the future because the skills and his capacity was really there from the first training session.

“He only had about 10 minutes to prove he was the man for the situation, and he made it. You could tell that, yes, he was the one.”

And so it came to pass.

To hear more about Zidane’s iconic international debut, including Julien Laurens reminiscing about what that night meant for himself as a football-obsessed 13-year-old, listen to GIANT: Zizou’s France Debut. There’s plenty of great details about the emotional significance for Zidane, as well as the cultural significance of a child of immigrants from a poor Marseille suburb becoming such a hero for France. We take no responsibility if you then spend a whole day at work watching his majestic highlight reels on YouTube.