Over a decade ago, Santos wonderkids Neymar and Ganso were considered equals — a thrilling duo set to become stars of the Brazilian national team. So what happened to the latter?

Have you noticed how wonderkids often come in pairs?

History is full of them. Playing alongside a young Vincent Kompany was the rough diamond of Anthony Vanden Borre. Lurking in Cristiano Ronaldo’s shadow was the near-mythical figure of Fabio Paim. Bojan Krkic, who went from Barcelona sensation to Stoke backup, was aided then ultimately hampered by his proximity to Lionel Messi.

Among other causes, the phenomenon is sometimes a construct of the media. Once a young player becomes sufficiently popular, a journalist can say “but he’s not as good as this other kid!” and shift a few newspapers.

It makes sense but usually works to the detriment of the second wonderkid.

Sometimes, great players even throw the lesser wonderkids under the bus.

For example, when the world looked expectantly at Brazilian Ronaldo ahead of the 1998 World Cup, O Fenômeno tried to deflect the attention — with some degree of success — to his talented but undisciplined team-mate Denílson.

In the end, only one of the two had a successful career. 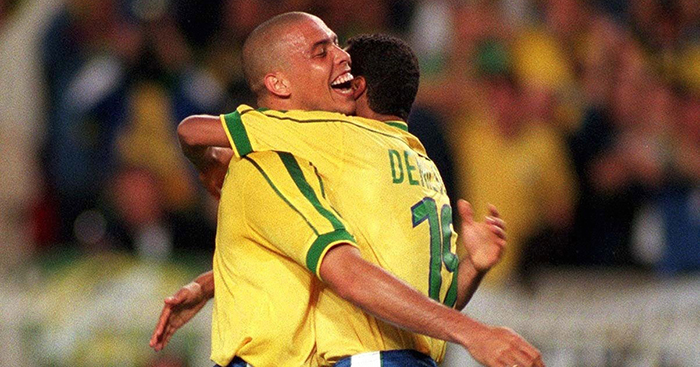 READ: Denilson: From the world’s most expensive player to snubbed by Bolton

Another Brazilian to have enjoyed a successful career is Neymar. The 28-year-old, currently the world’s most expensive player, has won titles in Brazil, Spain and France, including the Champions League with Barcelona.

It seems only a matter of time before he wins the Ballon d’Or.

But when Brazilians erect statues of Neymar in a decade’s time, one wonders how many of them will remember Paulo Henrique Ganso, his friend and former team-mate whom a previous generation once considered just as talented.

The goose and the golden boy

The nickname ‘Ganso’ means ‘goose’ in Portuguese. And for a few glorious years, Paulo Henrique Chagas de Lima looked fully capable of laying golden eggs — trophies, if you like — for Santos and Brazil.

After making his Santos debut in 2008, a season before Neymar, Ganso quickly became one of Brazil’s most exciting youngsters.

A composed and intelligent playmaker who could play anywhere across midfield, he was first choice for Santos by the 2009 season.

Fans of a similar persuasion clamoured for both him and Neymar to be included in Brazil’s 2010 World Cup squad — though the conservative Dunga ultimately decided against it.

But that small setback didn’t hinder Ganso’s development. Santos regained the state championship over the next two campaigns, and in 2011 scooped an even bigger honour: the Copa Libertadores.

One troubling injury aside, Ganso’s career had started incredibly well.

During this period, Neymar’s ascent was equally dramatic. While Ganso was pulling the strings from midfield, Neymar was scoring bucketloads of goals, including 43 in all competitions over the 2012 campaign.

By the end of that season, a 23-year-old Ganso had a very respectable eight caps for the Brazilian national team. Neymar, however, three years younger, had 27, and was evidently moving ahead of his colleague. 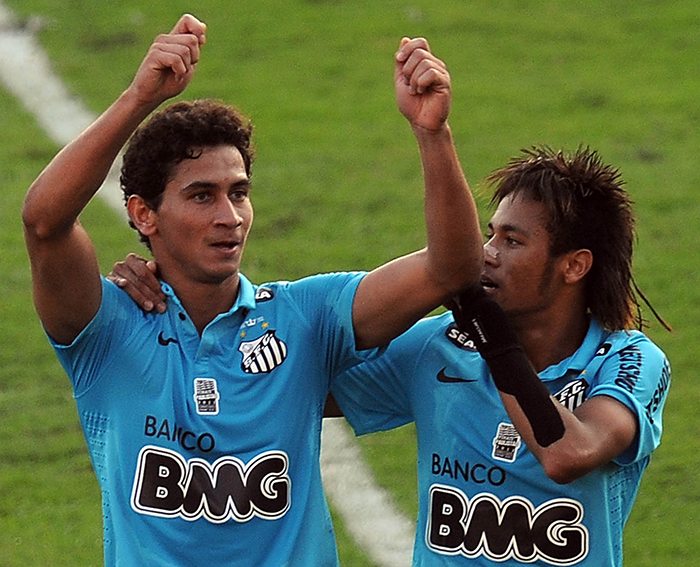 Despite the age gap, Ganso and Neymar were extremely close friends. In fact, Ganso was present at the birth of Neymar’s son and became the child’s godfather.

But as the disparity between their respective abilities began to widen, the media effectively forced Ganso to confront the issue: was he to become a second-class wonderkid like Fabio Paim, doomed to live in the shadow of his more talented friend?

In 2012, an unkind rumour suggested that Ganso was jealous of Neymar’s success.

“But I think if we have that true friendship, like a brother and a friend, it’s because we never let it interfere with anything.”

Despite his success on the pitch, 2012 was a difficult year for Ganso.

In addition to dealing with accusations of jealousy, the playmaker was seeking a move away from Santos, which resulted in fans booing him and calling him a mercenary.

The media proposed one of the two Milan clubs as a possible destination.

In the end, however, Ganso made a much shorter trip, moving across the state to join Sao Paulo, where he replaced the departing Lucas Moura. The fee was around £7million.

“It’s a dream come true,” Ganso said. “Ever since Sao Paulo showed interest in signing me I wanted to get the deal done. I can’t wait to get on the field.”

If he really did dream about such a move, then his dreams were less imaginative than those of Socrates, who had envisaged Ganso becoming a world-beater.

Ganso enjoyed limited success at his new club, in terms of both trophies and performances. Although Sao Paulo won the Copa Sudamericana (South America’s secondary continental cup) within three months of his arrival, that was to be his only trophy over four years.

Perhaps more importantly, he failed to earn a Brazil cap after leaving Santos.

His form did improve after a couple of seasons, however, and playing with the likes of Kaka, Alexandre Pato and Luis Fabiano in 2014 brought the best out of the playmaker.

So while Ganso no longer appeared to be Neymar-class, the football world began to focus on him once more.

Keen observers included Sevilla, who signed him in the summer of 2016.

“I know I have to work hard,” Ganso said. “I come to Sevilla with a will to win titles. At 26 years of age I see myself as prepared to make the jump and do it well.”

Ganso went in and out of the team, and in summer 2018 was sent out on loan to Amiens. The small French club finished just four points above the relegation zone come the end of the season.

If taking a step down to a smaller club might have given the Brazilian a chance to showcase his talents as a big fish in a small pond, the reality was less positive.

Amiens struggled to accommodate a player not known for his energy and work rate. At the end of the season, Ganso joined Fluminense in Rio, his European adventure now a confirmed failure.

Ultimately, Ganso must take some responsibility for the downturn of his career. The last six years should have been his best, but those eye-catching performances of his early twenties remain his pinnacle.

Nonetheless, any critical judgment of the Brazilian will always be influenced by his personal and professional association with Neymar.

And in that regard, he faces an impossible battle. Neymar’s talents are unparalleled, and Ganso was surely never equipped to achieve comparable success.

A golden goose? Not quite, but not a dead duck either.

READ NEXT: Fabio Paim: The wonderkid Chelsea and Jorge Mendes couldn’t save