Mutiny at Hearts: Steven Pressley on the chaos of Vladimir Romanov 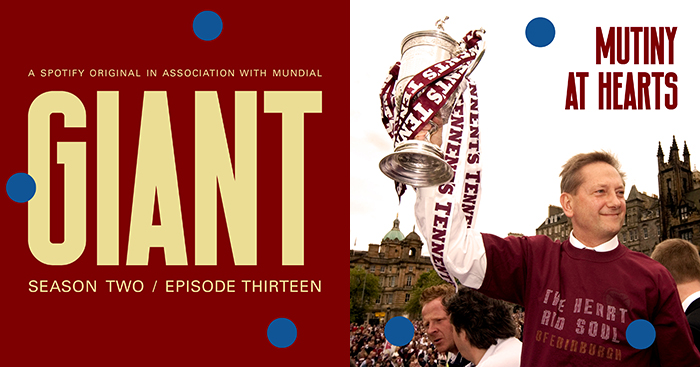 After taking over Hearts in 2005, Vladimir Romanov promised to bring Champions League glory to Edinburgh. Instead, he oversaw one of the most turbulent spells in the club’s history.

Yet despite winning their opening eight league games in 2005-06, Burley was sacked by Romanov, the first of 17 managers to be axed in the eight and a half years the club was owned by the future winner of Lithuania’s Dancing with the Stars.

Romanov tried – and failed – to appoint Bobby Robson before handing the reins to Graham Rix, who was sacked after just four months in charge.

While Hearts still finished second in the Scottish Premier League and won the 2006 Scottish Cup under Rix’s replacement Valdas Ivanauskas, there were plenty of problems bubbling under the surface.

In Mutiny At Hearts, episode 13 of the second series of GIANT, the award-winning Spotify Originals podcast produced by MUNDIAL, we’re given a brilliant insight into the problems at Hearts in the early stages of Romanov’s reign, as told by three players who experienced the madness first-hand.

‘It became draining on me’

“More than any other time, I was the one that was controlling the dressing room,” former captain Steven Pressley says.

“In fact, players would come to me rather than the manager with their problems and I would have to deal with that. It was far too much for a captain who also had to perform in the right way every single week, and it became draining on me as an individual.”

Plenty of owners attempt to make their mark on a football club, but Romanov took the biscuit, regularly undermining whoever was supposedly ‘in charge’.

“It had got to the stage where prior to games the team was given to Valdas (Ivanauskas) and the times and the players of substitutions,” Pressley says.

“A manager’s job is to read the game and understand what is required at that particular moment in time and to make the substitutions in accordance with that, but for Valdas it was all pre-rehearsed.

“We actually had a meeting where Vladimir came in and through an interpreter, he embarrassed him in front of the full squad. ‘I had told you at what time to make the substitution and you didn’t do that.’ So in front of the group what type of respect does the manager have from the players?”

Following an indifferent start to the 2006-07 season, Ivanauskas took a sabbatical from his role and was replaced by Eduard Malofeyev, a veteran Russian coach who could not speak any English.

His methods included star jumps and wheelbarrow races in training sessions. Senior members of the squad soon began to vent their frustrations.

Ahead of Hearts’ game against Dunfermline in October 2006, Romanov even threatened to place the entire team on the transfer list if they failed to win, which proved to be the final straw for Pressley. 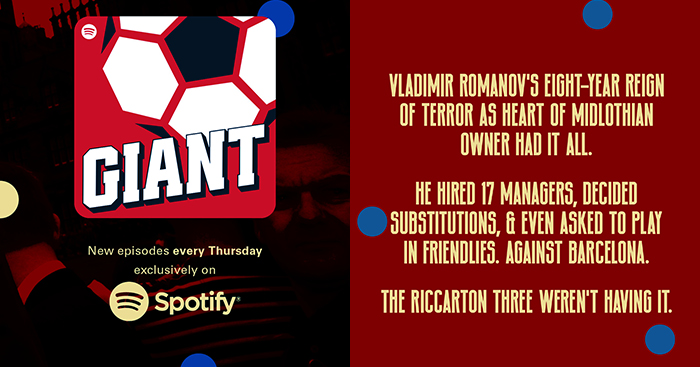 The captain, flanked by key players Paul Hartley and Craig Gordon, decided to hijack a press conference and make a seismic statement that publicly called out the destructive behaviour of the owner.

“I felt that with the support behind us that this would be a clear message to Vladimir that what was going on at the club can’t continue.”

‘It’s against everything I’ve stood for’

Despite having the home crowd and the dressing room behind him, Pressley’s brave decision to criticise his own employer led to his contract being terminated by the club in December 2006.

“Ivanauskas called me up to his office and said to me, ‘Steven, listen, I’d like you to become my assistant manager,’ and I said to him, ‘I appreciate this, but I can’t do that. It’s completely against everything that I’ve stood for.’ The hypocrisy of it would be incredible.

“From that meeting to then going to meet the regime at Tynecastle, there was a completely different type of feel about it. From the off, I could tell they keen to get me out of the door.”

The defender joined Celtic a few weeks later and helped the club win the Double in his debut season, while Hartley and Gordon soon followed him out of the exit door at Tynecastle.

Hearts finished the 2006-07 season in fourth place, prompting the start of their decline on and off the pitch under Romanov.

While Pressley didn’t want to see the club struggle, his decision to stand up against the owner had been well and truly vindicated.

“I suppose in football sometimes you make decisions and you have to wait a long time to really see the real outcome,” Pressley says.

“The situation was going to take time for it to truly implode, so it took a number of years where people are probably still questioning whether I was right in what I said or was wrong. Eventually, it proved to be right in terms of the mismanagement of that football club.

“I was completely settled at Hearts and I could see longevity for me at Hearts. I could see as well that I’d been promised a testimonial. I had a kind of plan of my life that might happen but what I did there sacrificed all of that and changed the pathway of my life.

“But I was prepared to do that because I stood up for what I believed was right.”

Listen now to Mutiny At Hearts to hear more from Steven Pressley, plus brilliant stories from Paul Hartley and Craig Gordon on working under one of football’s most controversial owners. You have to hear it to believe it.