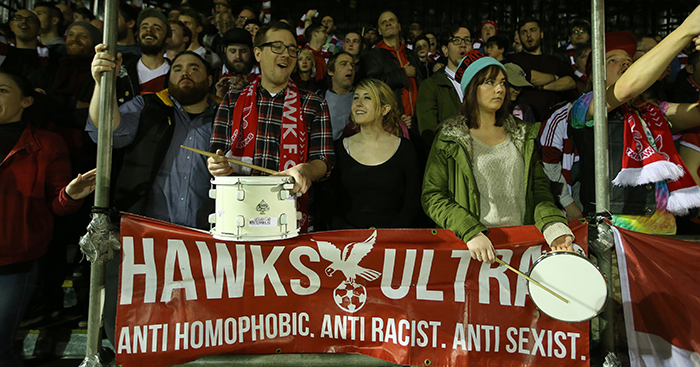 Pro-football, anti-idiots. The Whitehawk Ultras’ slogan is intended to refer to their anti-racist, anti-homophobic and anti-fascist principles, but it occurred to me when visiting the non-league side there is another meaning, too.

Pro-football, anti-idiots. It is also a very good description of what it is like to follow a non-league club as opposed to a Premier League one.

My trip to the Enclosed Ground marked the first time I had taken in a non-league game since I was a child. Nowadays, when not watching my club, Stoke City, live, I spend my Saturdays trawling through forums to find the best quality stream online.

I would definitely class myself as one of those ‘idiots’ that invests too much time and emotion into my club, and my trip to Whitehawk was a blissful retreat from the football experience I know.

There was no stress, anxiety or desperate panic in the hours leading up to a match, and I didn’t spend hours that evening arguing about the performance on social media. It was great. 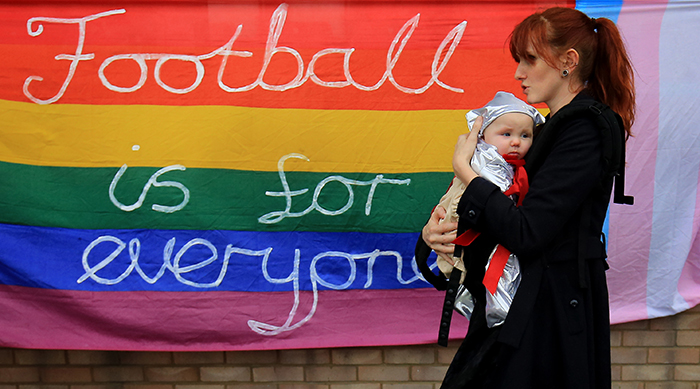 I took in Whitehawk’s FA Trophy second-round tie against Dulwich Hamlet, another side whose fans identify themselves as progressives. It had the makings of being an excellent cup tie.

On the walk to the ground I got talking to a dad and his lad, who told me they had been watching Whitehawk for about three years. We chatted about their Premier League team, West Ham, and both shared disappointment at the Olympic Stadium.

They were more positive about the experience of following Whitehawk: “It doesn’t take itself very seriously.”

It was a comment that resonated with me, as the constant attention placed on Premier League football has led to it taking itself far too seriously. But as I walked through a narrow turnstile and turned into the clubhouse for a pint, that seemed a million miles away.

The first half wasn’t the most exciting in football terms, but the sight of both sides ‘Ultras’ was genuinely impressive. 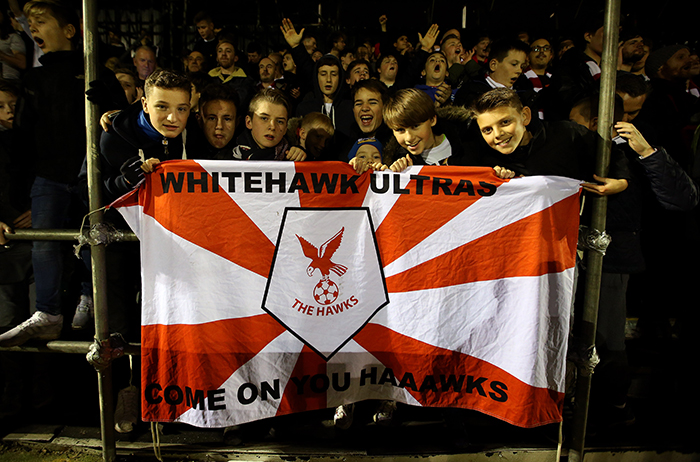 Dulwich had a huge pink and blue flag, resembling something you’d expect to see in the stands of Italy rather than the small south coast venue. The Hawks fans, meanwhile, made a constant din behind the goal, pounding a drum throughout and rattling keys every time a corner was taken.

There were only 300 or so people there, but it was louder than many Football League grounds I have visited.

Whitehawk opened the scoring early in the second half – I was still finishing my pint and missed it – but it ultimately ended up being a day to forgot for the Hawks fans with an injury to goalkeeper Tom Stewart, when the scores were level, proving costly as Dulwich romped to a 4-1 victory.

The Hawks Ultras stayed in fine voice, however, and particularly amused me with their ironic ‘the referee is a referee’ chant which had me giggling every time it was sung.

Despite the disappointment the fans who stayed at the clubhouse seemed to be in good spirits. I got chatting to Josh, who is one of the more prominent members of the Ultras, but he told me the name was more than a tad sarcastic. Like everyone else I spoke to, he stressed the carefree non-serious nature of following the Hawks. 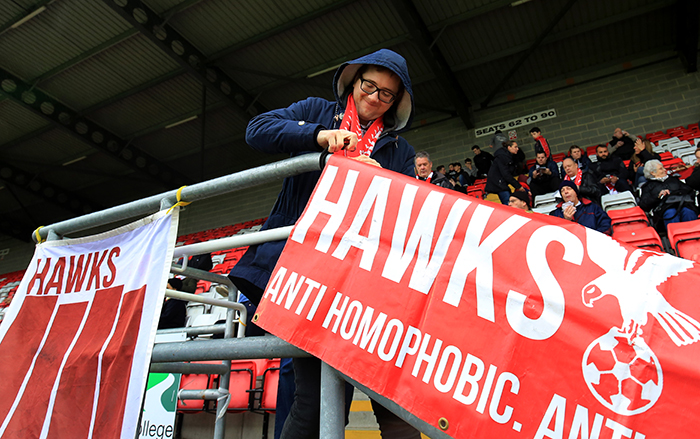 All in all, it was somewhat of a pilgrimage for me. The atmosphere was brilliant, and everyone was clearly there to have a good time, but most of all I was reminded that there is more to football than worrying about the performance and result.

Going forward it’s an attitude I want to take towards supporting Stoke, but I can honestly say that given the choice of watching a stream of the Stoke match or making a return trip to the Enclosure Ground, the latter will always be my choice.

You can find out more about the Whitehawk Ultras on their website – whitehawkultras.co.uk