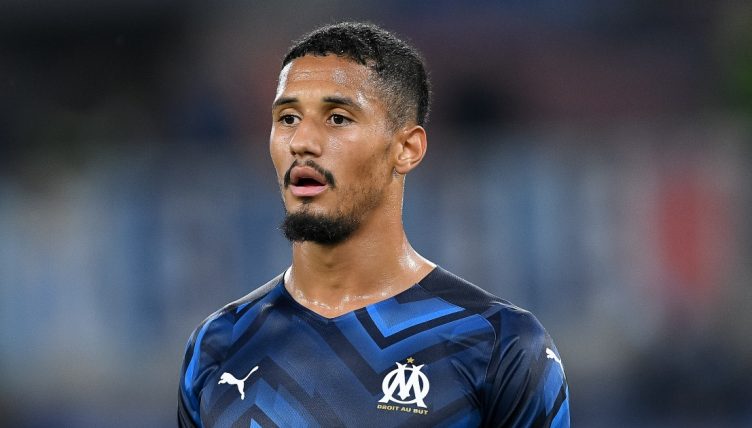 William Saliba signed for Arsenal over two years ago as an 18-year-old for a fee of around £27million, a considerable sum for a teenager with one season of football under his belt.

Since then, he has already become one of the biggest causes for debate amongst Arsenal fans, despite never playing a senior minute for the club.

Initially sent back on loan to boyhood club Saint-Etienne as part of the original transfer, controversy first arose when he was not allowed to play against Paris Saint-Germain in the 2020 Coupe De France final following a disagreement between his parent and loan clubs.

Saliba then returned to Arsenal for pre-season, seemingly part of Mikel Arteta’s plans, but was surprisingly left out of the Premier and Europa League squad registration lists.

The club came under scrutiny for this move, as with no loan move arranged, and players who would later depart such as Shkodran Mustafi chosen ahead of him, the Frenchman was limited to under-23 football for the first half of the season before joining OCG Nice on loan in January.

Saliba impressed back in his homeland after a difficult few months in England which involved family tragedy and struggles in his career.

Making 20 starts and scoring once as Nice secured a 9th place finish in Ligue 1, his physical presence and excellent ball-playing ability were on display, and all seemed set for him to return to Arsenal as a regular player following the departure of veteran David Luiz.

Looking forward to seeing him do that in an Arsenal shirt next season!pic.twitter.com/qxNdDv9ilL

However, despite Arteta’s claims that he was finally set to be given a chance in an Arsenal shirt, the arrival of Ben White from Brighton for £50m, combined with the lack of European football meant that opportunities for Saliba would be limited, so he departed on a third loan, to Marseille.

This has given him the opportunity to play regularly for one of Ligue 1’s biggest clubs as well as in the Europa League. It’s a chance he’s grabbed with both hands.

In the early stages of this season, Saliba has stood out as one of the best defenders on the ball in Europe. He is in the top 10% of progressive carries, dribbles, pass completion and passes attempted out of all centre backs in Europe’s top five leagues (via FBref), highlighting not only his ability to advance the ball forward, but also his composure.

A standout moment for the young defender was in this weekend’s 0-0 draw with PSG. Keeping a clean sheet against Neymar, Lionel Messi, Angel Di Maria and Kylian Mbappe is impressive in itself, and when you factor in his 96% pass accuracy, 80% duel success rate and goal-saving last man tackle, you realise how special his performance was.

Mbappe looked certain to score, before Saliba showed excellent vision and reflexes to execute the perfect tackle, winning the ball without committing a foul which would have seen him receive a red card.

Where other defenders his age may have panicked, he remained cool and calm and dealt with these world-class forwards with relative ease.

Saliba now forms a crucial part of Marseille’s back three, starting 12 out of a possible 13 games this season, second only to Luan Peres, and manager Jorge Sampaoli had high praise for his player.

“He’s a top player at his position. We were lucky to get him on loan, it wasn’t simple. He’s great at marking, but good bringing the ball out too. He’s a future great of French football, he’s very good at starting plays,” Sampaoli told RMC Sport (via Sport Witness).

“He’s adapted to a three at the back well, and his performances are linked to the team’s, which likes to play from the back.”

What a photo of Saliba's last man tackle on Mbappe #afc pic.twitter.com/adVICC5lX4

The French National team looks very crowded at centre back, with stars such as Raphael Varane and Presnel Kimpembe already having to look over their shoulder at the likes of Jules Kounde, Ibrahima Konate and Wesley Fofana. Yet there’s is no doubt that if Saliba continues on his current trajectory, a place for him at the 2022 World Cup should not be totally out of question.

Moving forward, both the player and his parent club have a dilemma. With both Gabriel Magalhaes and White playing well for Arsenal, Arteta would have a wonderful headache once Saliba returns at the end of his loan.

The option of a back three, incorporating all of these talents at centre back could be explored, although this season Arteta has opted exclusively for a back four.

Rotating these three options would suit the club nicely, as the defensive strength of the side would not be under constant threat of derailment through one injury, but whether any of White, Gabriel or Saliba would accept a rotational role remains to be seen.

There is no doubt though that when Saliba does return, he must be given a fair chance to prove himself. Former Gunner and Marseille star Samir Nasri told Marseille’s YouTube channel that he “sees no reason why Saliba should not be in Arsenal’s first team.”

Arsenal fans remain divided on the Saliba situation, as some believe there was a part to play this season, and the money spent on Ben White could have been spent elsewhere, whilst others see the benefits of a full season out on loan and the mouthwatering prospect of White, Saliba and Gabriel in the same squad together.

Players such as Sokratis Papastathopoulos and Mustafi were first-team regulars as recently as two years ago, so to have three top young talents in that position resembles a stark shift in quality at the back.

Saliba will return from loan a more mature, experienced defender with European football under his belt. Even if his adaptation to the English game could have benefitted with more minutes in the Arsenal first team, working under a well-respected coach like Sampaoli in his familiar homeland could serve him well in the long run.