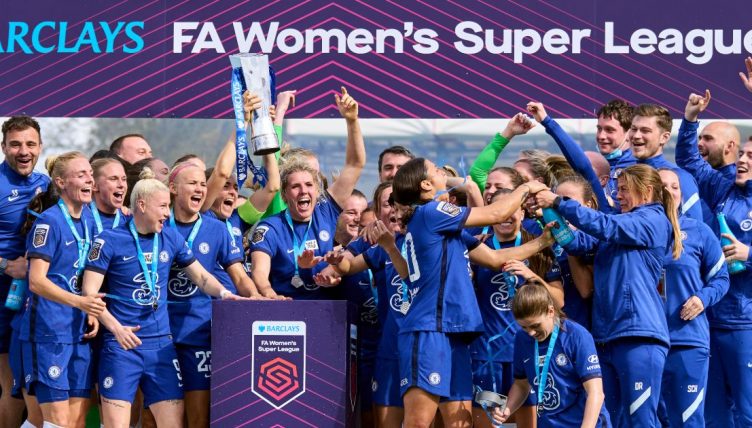 Which league is better: the USA’s National Women’s Soccer League or England’s Women’s Super League? Welcome to one of the hottest debates in women’s football.

The two leagues, the NWSL and WSL, are constantly compared, consistently measured side by side.

But for two leagues that are so often billed as competitors, they operate completely differently in almost every aspect. Whether it be the general league rules or the transfer system, the top flights of the US and England have fundamentally distinct approaches to growing women’s football.

There is no rulebook or a tried and true method on the best way to grow the women’s game. But having two of the biggest leagues in the world adopt such starkly different ways of working is interesting, to say the least.

Here, we take an in-depth look at how women’s football’s two most talked-about championships are building their futures – and which of the two comes out on top.

When talking about expansion strategy, it only makes sense to start with the NWSL. After all, they’re the only one of the two that currently has an explicit expansion plan.

The NWSL, which was formed in 2013 after Women’s Professional Soccer folded in 2012, started with eight teams. Since then, the league has had three expansion phases. The most recent phase saw Racing Louisville join the league in 2021, with Angel City and San Diego Wave set to debut in the 2022 NWSL Challenge Cup in March.

And the league has no plans to stop there. Discussions have been held about expanding to one of the major cities in Texas, either Austin or San Jose; Atlanta, which is one of the most vibrant football cities in the United States; and Canada, which took more prominence after the Canadian national team won gold at the 2020 Summer Olympics.

Since its inception, the NWSL has worked to try and grow the game in the United States by having as many eyes on as many different teams as possible. While the league has said they do not want to rush expansion, they’ve been open about their end goal.

“Our efforts are very focused and specific to certain areas that we want to be strong for any team that does come into the league that’s going to help propel us at the top and help to elevate the league,” said Amanda Duffy, former president of the NWSL, back in 2019.

Welcome to the next evolution.

On the other hand, the WSL has been quite conservative. When plans for the expansion of the second-tier Championship were confirmed, Kelly Simmons, the FA’s women’s professional game director, was asked when the same would happen for the top flight.

“What we’ve got to do is make sure that [the WSL] grows without diluting the quality of the product, that we’ve got enough, in the top tier, fully professional teams with the right support and the right amount of revenue,” she said.

“Obviously, the more teams we have, the more it dilutes central revenues that are being distributed to support them. With COVID as well, it’s really hard. We don’t know what the true impacts of COVID are in any industry yet.

“I think it would be high-risk to expand too early. [But] I think it’s inevitable in the medium term that it will expand.”

The NWSL currently will make whatever decision it needs to take to ensure that their teams are thriving, and if that means picking up teams and moving them to completely different cities, where the market for an NWSL team is more stable, so be it.

The North Carolina Courage were founded after their chairman bought the franchise rights from the Western New York Flash. Kansas City initially moved to Salt Lake City on the basis that there was an established interest in the men’s football team and college women’s football.

It may take some time, but as long as the NWSL continues expanding to different markets, the women’s game will continue to grow and spread to a diverse fan audience, something the league is clearly dead set on.

The WSL’s model is entirely different.

We would never see Reading pick up their operations and move to London simply because there is a larger fanbase in the capital. And that’s where the two leagues’ relationships with their male counterparts comes in.

The NWSL is a single-entity model. Clubs are not automatically attached to a Major League Soccer team – though some are under the same ownership group. On the other hand, every current WSL club is affiliated with a team competing either in the Premier League or the Championship.

This means that some of these clubs are being invested in by their incredibly rich counterparts who own their men’s teams.

Over the years, Arsenal, Chelsea, and Manchester City have had their fair share of successes, and Manchester United and Tottenham have slowly integrated themselves as future successful sides in the women’s game. It isn’t a coincidence that these are some of the most financially stable sides in the Premier League.

As Eniola Aluko, the former director of women’s football at Aston Villa and current sporting director of Angel City, told us: “I think the WSL actually has an advantage [when it comes to attracting talent] and I think Europe has an advantage because the clubs are established names.”

“You know, Chelsea, Arsenal, Man City. All of the teams in the WSL are established Premier League clubs on the men’s side. So there’s a name association, there’s a brand power that comes with that, and the league is competitive, whereas the NWSL doesn’t have that, per se. It doesn’t have name recognition or brand recognition.”

Due to the extra financial support, the teams in the WSL pay their athletes significantly more than the NWSL, on average, because the league doesn’t have to abide by salary caps. Instead, they’re free to spend based on their club’s resources and revenue. 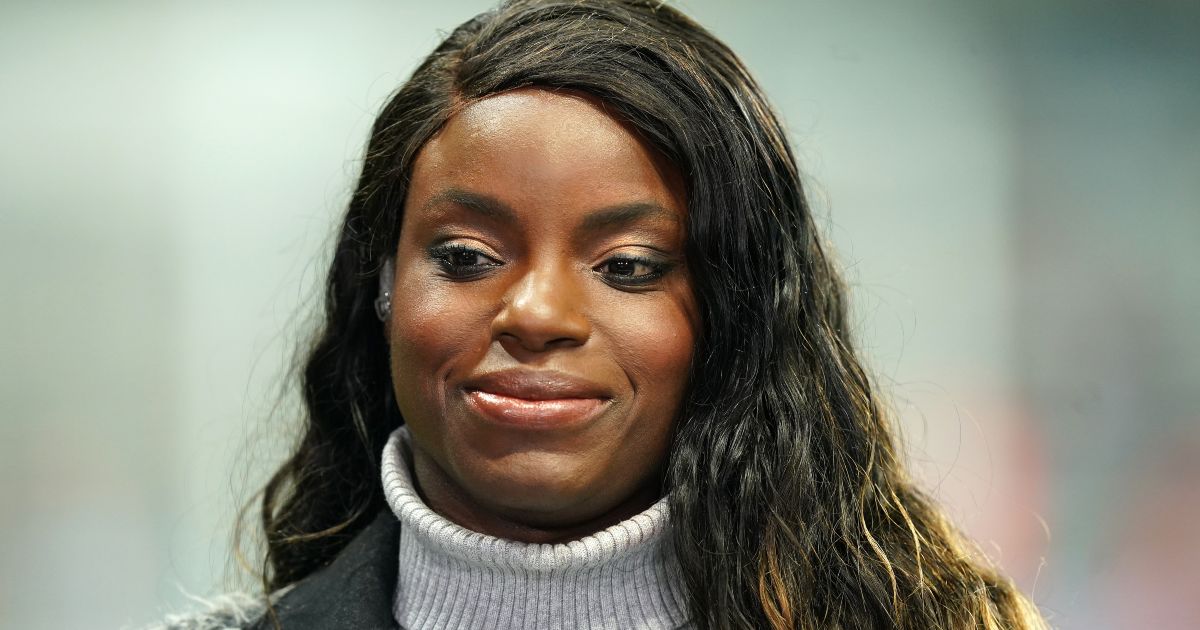 READ: How Eni Aluko plans to transform US soccer with Serena Williams’ club

While there may be less competitiveness as a result, the financial disparity has allowed the WSL to attract some of the world’s best players, a feat that the NWSL struggles to do unless said players are American. The attraction of playing in the Champions League also helps the WSL’s cause.

An international focus has not been the NWSL teams’ strong suit, but it’s definitely something some teams are actively trying to change.

“My role really has been to try to build a team that is reflective of a strategy that is close to LA and close to the community… but also implementing an international strategy,” said Aluko.

“So bringing in players like Vanessa Gilles, Canadian captain, [Olympic] gold medal winner. It’s important for Angel City because again, it pitches us as an international side. Jun Endo is another Japanese signing that we’re bringing in.

The financial disparity between the WSL and NWSL may also shift in upcoming years due to the NWSL Players’ Association’s first-ever collective bargaining agreement (CBA), which was signed at the beginning of Febraury 2022.

The CBA, which will run for the next five seasons until the end of 2026, includes a minimum salary increase of 60%, and revenue sharing meaning that players will be able to receive 10% of net broadcast revenues if the league is profitable in years three, four and five of the CBA. It also includes improved health benefits for the players.

Trinity Rodman, 18, daughter of NBA star Dennis (Google his friendship with North Korea leader Kim Jong-un) scores on her NWSL debut, having been drafted as the youngest player in the league's history.pic.twitter.com/FnsMx25imI

This new deal will certainly see players in the NWSL making more annually. Just days after the CBA was signed, it was announced that Trinity Rodman signed a new four-year, $1.1million deal with the Washington Spirit, making her the highest-paid player in NWSL history.

For now though, the WSL still has the edge when it comes to star power on the pitch.

Draft system versus promotion and relegation

Possibly the biggest difference between the two leagues is the draft system versus the promotion and relegation rules.

As mentioned, the NWSL is a single entity, a model that is prevalent across all major sports leagues in the United States.

With no promotion and relegation, clubs rely on the NWSL Draft to rebuild season upon season. On Draft Day, teams select players in their final year of college, or those who have exhausted their collegiate eligibility. The draft order is dependent on the teams’ final position in the league the season prior. The lower you finish, the higher your pick.

The draft system helps grow the game immensely as it gives each team a reset button before each season. Any team, with the right draft selections, could win the league. The competitiveness and the unknown factor makes the league much more exciting for fans to watch. 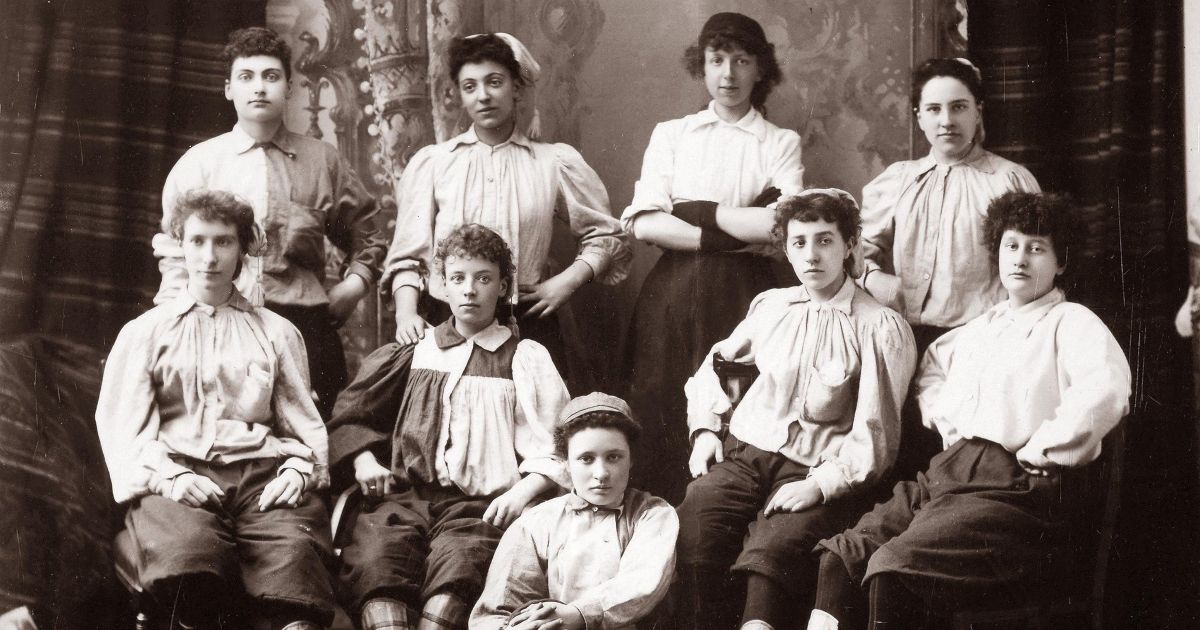 The draft system also means that every club has a set-up that is focused specifically on developing young players. Because they have to. If they don’t, they’d be unable to nurture the players they have drafted.

Being forced to have a proper youth development system means that there will always be a cycle of young and exciting talent emerging. The league can never become stagnant once a particular generation of players retires.

The promotion and relegation system certainly has its benefits as well, though.

In the WSL, every game matters. There is intense excitement to the season when, at the back end of the season, there are both title-deciding games and relegation six-pointers.

This means that you’re unlikely to see young players feature in high-stake matches in the WSL. Yet the NWSL, which has a playoff system, will have several matches, especially near the end of the season, that really do not matter in the grand scheme of things.

Fans of the NWSL can always look forward to following young players on their journey to the top, whereas in the WSL, it is again more about putting out the highest quality of players on the pitch and points on the board.

So which league is better?

It’s a tough one to answer. Whether intentional or not, the NWSL league relies on growing the game through appealing directly to fans, while the WSL relies on star-played power.

It should also be noted that women’s football should not be defined entirely by these two leagues.

The Primera Division currently boasts the best team in the world in Barcelona.

Division 1 Feminine has the best academies globally, making Olympique Lyonnais and Paris Saint-Germain some of the most competitive teams in Europe. There are strong arguments for other leagues to be considered as pillars for growing the game.

It’s unclear whether it’s language bias or if it’s part of the wider UK versus USA debate, but the fact is, the two leagues are constantly pitted against each other with fans, journalists, and players all constantly making a case for one or the other.

The one aspect the two leagues do share is the load of talent. With continued investment, one can hope that both leagues continue to rise and elevate women’s football to greater heights.