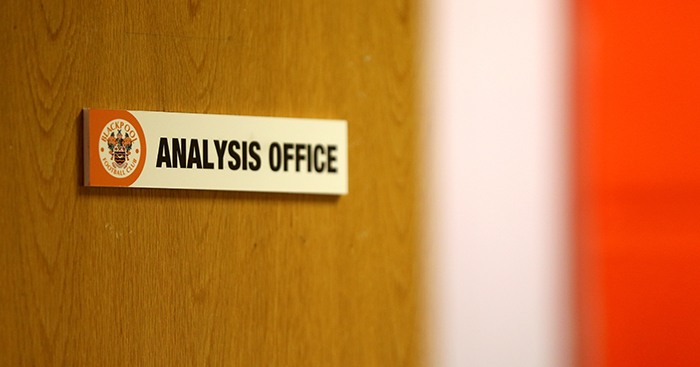 In 2015, an image was shared on social media showing a man with an Xbox controller in his hands at St James’ Park as he watched Newcastle United’s game against Arsenal.

Understandably, everyone wanted to know on earth he was up to. Gary Neville once said David Luiz defended like he was ‘being controlled by a 10-year-old on a Playstation’. Was he being serious?

Alas, no. Footballers can’t blame their mistakes on a gamer sat in the stands just yet, but that man with the Xbox controller was another sign of the huge role computers now play in football.

He was working for ChyronHego.

You’ve probably never even heard of the company, but they have someone with an Xbox controller at every Premier League game – along with two other operators – collecting data which is used by clubs, broadcasters and other media every single day.

The graphics on Fifa 16 are something else pic.twitter.com/RzLlwrUl7i

We met David Eccles, ChyronHego’s Sports Performance Director, to find out exactly what those controllers are used for.

“We’re tracking the ball,” he says. “Let’s say I pass the ball to you. Someone would press the red button on the Xbox controller and that would register it as a home team successful pass.

“All these button clicks correlate to the tracking of the ball to give in-depth statistics on what we call ball information.”

“We then have two operators that are tracking the game. We have six high-definition cameras inside each stadium, and our system is semi-automatic so it will track the players automatically, but what it doesn’t know is who the players are.

“It can see them and understand they’re running around, but it’s the job of a human to tell the system who each player is.” 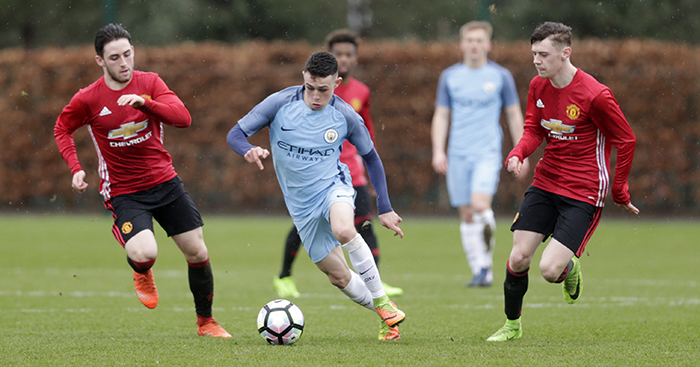 These operators enable ChyronHego to collect accurate physical tracking data such as the distances covered by players and the speeds they have travelled at.

“Essentially, Opta collect all the data you can collect by notepad and pen,” Eccles says. “They collect the data you can see with the eye: the passes, assists, corners, free-kicks, yellow cards, goals, that kind of thing.

“What we collect is information which you need specialist hardware or equipment to capture. Speeds of players, distances they have covered, ball information – ball out of play, possession – all that kind of enhanced data comes direct from ChyronHego.

“One of the things we’re providing that clubs have never had before is league-wide data so not only do the clubs see data on their own players, now they’re also seeing data from the other teams as well.

“That’s important from a benchmarking point of view because all the clubs are now able to look at all 20 clubs’ data and compare themselves against everybody else.”

Many managers were initially mistrusting of this kind of data when analysis companies first started to target football in the late 90s and early 2000s, but attitudes have changed dramatically.

“The game is really evolving from a statistical point of view,” Eccles says. “The game is so data driven now it’s unbelievable.

“I spend much of my time at training grounds with clubs, and I’ve seen the rise in reliance on technology. 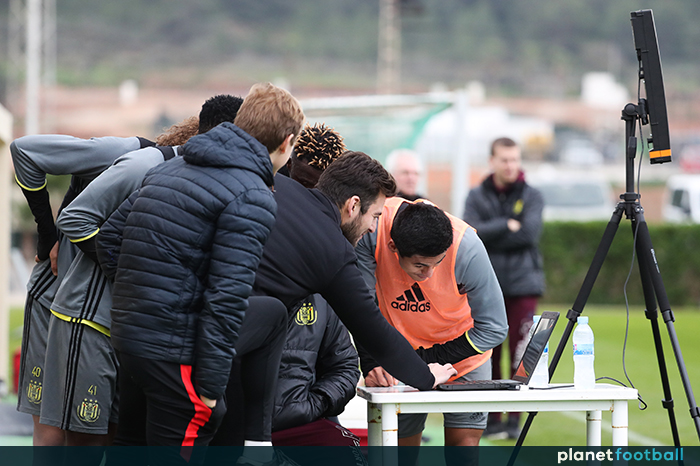 “Players are now being tracked on a daily basis in a variety of different ways. Everything is being tracked, not just physical data.

“It’s how many hours sleep they’ve had, what they’ve eaten, their sweat levels, their heart rate every morning.

“Football has completely changed. Everything that goes on in a football club is so much more closely monitored now than it ever was before.”

ChyronHego have recently extended their deal to stay as the Premier League’s official data provider for a further three years, but that is only a small part of an enormous operation.

They have extended their contract with the Bundesliga clubs for four more years, have similar deals with the top leagues in Spain, Italy Israel, Japan and Sweden, and will have cameras inside every Championship stadium from next season as they look to at least double the amount of second-tier clubs they’re providing data for in England.

Even the touch screen used by Gary Neville and Jamie Carragher on Monday Night Football uses their software – and that’s without even mentioning the work ChyronHego outside of football.

You may not realise it, but their data is everywhere.

“What the operators inside the stadium don’t see is what their hard work produces,” Eccles says. “They probably don’t realise the extent at which that data is being used.

“Opta are already taking that live data and feeding it into several stakeholders – the Premier League, EA Sports, the BBC, etc – live from the stadium.

“The data also comes back into our central operations system and gets turned around for club reports.

“We have a league-wide deal with the Premier League that’s recently been extended so we’re providing physical tracking data for every single club at the top level.

“We have league-wide tracking deals in England, Germany, Spain, Japan, Sweden and Israel, and we’re the official supplier of tracking technology for UEFA so every single Champions League game around the world is covered by us.

“We are doing a hell of a lot of football productions and data collection around the globe.”