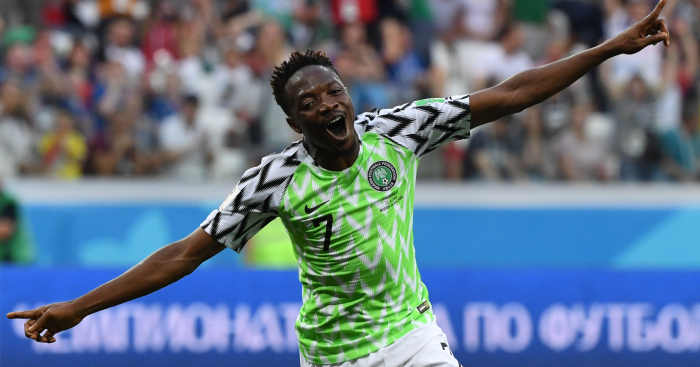 Often we will set ourselves the task of ranking all the new kits from an upcoming competition; the World Cup, say, or the Premier League. Invariably, these afternoons will descend into some of the most tedious arguments in the history of mankind.

Take Russia 2018, for instance. There are only so many times you can stare at templated kits in different shades of white, red or blue and be genuinely enthusiastic about nailing your favoured colours to an unimaginative mast.

But the summer also provided us with a few beacons of light to give all of us hope for the future.

Nigeria and Nike were the most notable example, stealing the show with a vibrant, innovative shirt design that managed to be fresh yet traditional – and sold out in less than three hours.

Football is beginning to capture the imagination of the fashion industry too. Unlike casual culture, which focused on what was worn on the terraces, brands from Versace to Primark are now producing their own take on what is being worn on the pitch.

PSG, meanwhile, have released their own collection in collaboration with Nike’s Air Jordan brand, and there is an expectation that templates are set to be torn up. 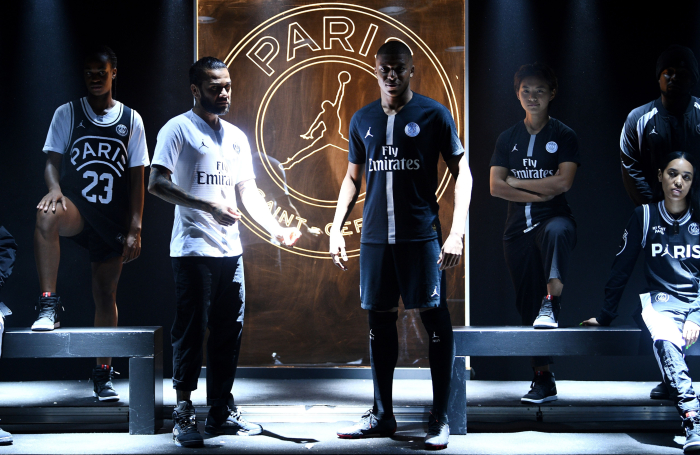 “I’m sick to death of plain white or plain blue shirts. Sometimes in life, things are led from the street. This is one of those movements where what’s happening. What we want, we’re demanding and we’re making our own things up.

“They want something that the clubs or the brands or the associations aren’t delivering. We live in the age of ‘can do’ and social media, so you can do these things.

“The clubs and the brands have to work together and it’s like, ‘Listen to what the fans are asking for and start giving it to them because they’re showing you.’

“I think clubs are scared of offending the traditional fan. I’m not one to say, ‘Tear up colours.’ For instance, don’t make Man Utd suddenly start playing in blue, but at the same time that doesn’t mean you can’t be experimental and creative with the garments you wear.”

Heard, who wrote Football Shirts – A Connoisseur’s Guide and has also launched his own brand Lover’s F.C., is speaking at the World Football Summit in Madrid, where he is appearing on a panel to discuss the intersection of football culture, fashion on and off the field and the future of football apparel.

The subjects of tradition and authenticity are regularly raised, but there is a danger we can be too respective of the past.

Take my own club, Leeds United, for instance, whose badge has always been transient (let’s not talk about the most recent effort), and who changed their main colours from yellow and blue to white in 1961 in order to try emulate Real Madrid. Their away colours have likewise been rarely consistent.

“I do find myself in an awkward situation of being somebody that likes to think of themselves as old school and also a defender of the old school, but at the same time I think there is good out of it,” Heard says.

“I think your traditional fan, those of us that have been there for years, can see football’s changing.

“It’s easy to think it’s all a bit Shoreditch twattery, and I do honestly get that, but I do think amongst it all that there is really good stuff you can do with it.

“The Jordan angle of it, I am very wary of the Americanisation and basically the basketballisation of our sport. But I think the good thing it’s got going about it is we kind of own the whip hand in it.

“We can still call it football. We don’t often have the whip hand over Americans. It’s like, ‘Look, this is our game.’”

The possibilities of alternative design can be seen best in England at non-league level. Clapton FC, for example, have adopted an anti-fascist slogan which led to the shirt selling out in Spain as the phrase dates back to the country’s Civil War.

Politics has been referenced on shirts in the past. Spanish sides Rayo Vallecano and Deportivo Guadalajara have worn kits featuring the LGBT rainbow colours, while Brazilian outfit Corinthians promoted Socrates’ Democracia movement.

Appearing on the panel alongside Heard, Nikita Jayasuriya works as global head of team sport for Avery Dennison, who provide a subtler political statement to shirts by ensuring their products are produced in a much more sustainable way than has been standard.

“We have an aggressive waste reduction goal to be 95% landfill-free, with at least 75% of waste reused, repurposed or recycled by 2025.

“One of the things we’ve done with the names and numberings on the jerseys, we’ve saved 47% of waste in doing it, reducing it. 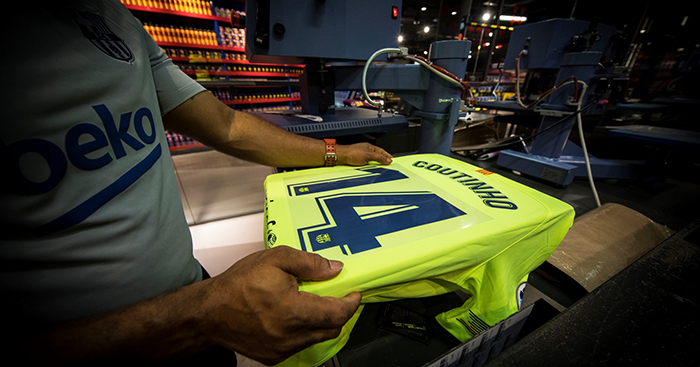 “We laser cut the numbers individually. There’s less waste plastic going out into the market. Any of the waste plastic which is left with us we can recycle.”

Avery Dennison supply the names, numbers, crests, woven labels and speciality trims for a number of clubs across the world, including most in the Premier League and more than 80% of countries at the World Cup in Russia.

The company recently signed a four-year deal to be the global licensee supplier of Barcelona’s name and numbers shirt customisation and are leading the way in terms of technological advances.

“We’re talking about things like season tickets which can be embedded in the badge,” says Jayasuriya, who grew up in Athens but supports Liverpool due to the influence of a particularly ardent Liverpudlian maths teacher.

“We make RFID tags, labels and chips that can be read. We’re the biggest producers of UHF RFID, so there’s no reason why the RFID device can’t be on a garment so season tickets can be the jersey, like a badge of honour.

“There’s the whole digital element where that garment can give you something extra. You’ve probably seen the NBA did a NFC badge (which can be scanned to access premium content).

“On the Chelsea third kit there’s an NFC badge. The football for the World Cup had a NFC chip in it. Apple have just enabled NFC readers on their phones so you can all read it.

“That concept of connectivity within a garment is just going to explode right now.”

The good people @nealheardauthor and @AveryDennison gave @RobConlon25 the chance to customise his own shirt. Of course he got David Batty's name and number on the most un-David Batty shirt imaginable. #lufc #wfs18 pic.twitter.com/rIrI6hlBua

Having previously worked as a designer, Jayasuriya helped develop the branding of Portland-based Toffee League, which was born out of The Toffee Club – where we visited this past summer. And he is continuing to pay close attention to developments in the States.

“What’s interesting is there’s these new brands, especially in America, like LAFC and Inter Miami. They’re building their heritage from zero.

“It’s really interesting to see them invent a whole culture.”

‘It is gonna explode’

Heard will also be keeping a close eye on what happens in America, eager to fight the good fight in ensuring football fashion maintains its authentic edge.

“It’s not the Americans themselves but that thing which has become…there they all are, ‘I’m a sneakerhead, I like Jordan, I do this, I do that.’ They’re for me like the devil’s work which I kind of hold out against.

“I speak to some Americans that are now into that kind of thing and they’re like, ‘Yeah, it’s cool now, finally football’s cool.’ I’m like, ‘Listen mate, football’s always been fucking cool. You just didn’t know about it.’

“He only thinks it’s cool now because Drake wears a shirt. That’s why football isn’t cool.

“I’m not one of the purveyors of the ruination of it. There’s a tosser side of this side of this football shirt culture, but there’s also a very good side.

“Like it or not, it is gonna explode. I’ve seen it with trainers and know the same thing is going to happen.”

Fifteen years ago, Heard wrote his first book, Trainers, which came as a precursor to the footwear boom of the past decade.

But Heard has become disillusioned with the homogenisation of trainer culture, something he is determined to fight against as the fashion industry becomes increasingly infatuated with football.

“It was really annoying in so much as even back then I hated what it was becoming. The Crooked Tongues crowd and the sneakers crowd took it over and wiped out kind of the traditional British side.

“Rather than stay there and fight it I couldn’t stand the bullshit and walked away. I only regret it in so much as I let them win.

“It was a regret and maybe that’s why I’m so ardent about hanging around with this. This time I’m staying and even if I bore people, I don’t care. I’m staying in this game.”

The battle lines have be drawn. We know whose side we’re on.