James Horsfield on leaving Man City for Breda on loan, then staying put 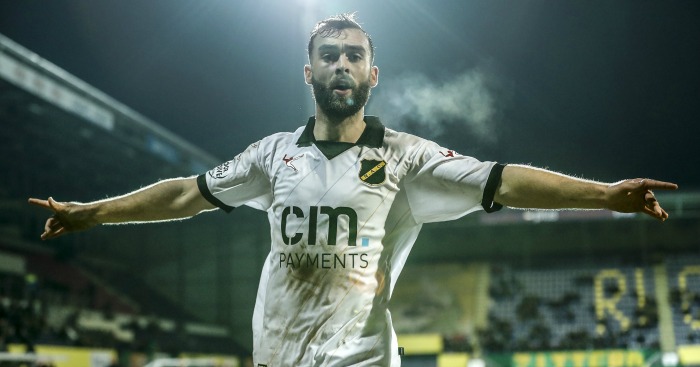 Manchester City have sent numerous youngsters on loan to NAC Breda in recent years, but James Horsfield was the first to make the Dutch club his permanent home.

After initially joining Breda in January 2017, the versatile 21-year-old shone as part of a team who surged to promotion out of the Eerste Divisie in the final months of the season.

Born just outside of Manchester, Horsfield accepted he needed to leave City in order to help his progression as a footballer, and he saw few better places to do so than in the Eredivisie.

“I think this was the standout offer for me – to come back here,” he says, “as I’d worked so hard to help the team get up to the Eredivisie, so it would be a shame to not experience life in the Eredivisie.

“Everyone wants to play against the big teams and hopefully I’ll get the opportunity to do that.”

To make it to the Eredivisie, NAC had to come up through the play-offs, eventually defeating NEC 5-1 over two legs, leading to almost unprecedented scenes in the city as supporters flocked to the main square to celebrate with their heroes.

What a promotion party. Take a fucking bow, Breda. pic.twitter.com/d49qm5iZPL

The visual impact was enough of a sign of what the result meant to the people and ensured Horsfield would go nowhere else when offered the chance to extend his stay at the club by three years.

“It was unbelievable, I wasn’t expecting it to be that big,” he says of the celebrations. “The fans came out in their thousands, all over the moon, and that was the best thing about it, making the fans happy.

“Being a little bit in the shadows at Man City to go into that was unreal, but the main thing is that it’s what the fans have wanted for years. They’re a big club in the second division in Holland and they’ve wanted to be in the top division for a long time.”

The rise of Man City

Horsfield, born in 1995, joined City in 2002 and spent 14 years there, a fine achievement at a club which teenagers now join from all over the world.

He got to be a part of pre-season tours and was even included in a matchday squad for a Premier League draw at Leicester, but City’s status now makes it incredibly difficult for young players to break through.

Not that Horsfield has any regrets.

“I was at City since I was seven years old and saw the club change majorly,” he says. “The money came in 2008, the big signings like Robinho arrived, and I was like ‘wow’. The club really started to change for the better. 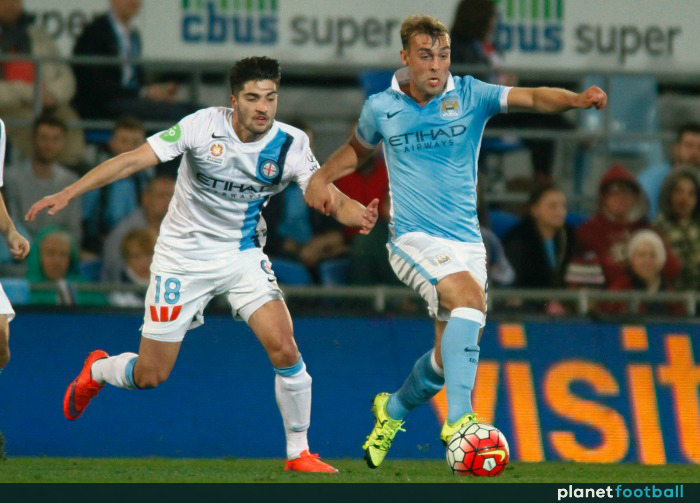 “The academy started to implement a lot more tactical plans, they wanted to make the teams play better football, and tried to attract some of the best players in the world, which they have done now, so there were definitely big changes.

“I had Brandon Barker, Ashley Smith-Brown, Kean Bryan, Kelechi Iheanacho, Devante Cole and George Evans all in my team. Some of them were a year older and some a year younger, but they were my sort of age group.

“I was on the bench against Leicester and that was the first time I really thought I had a really good opportunity to make my mark, but it never really materialised and now I am at NAC trying to make a name for myself. It’s the right thing to do.”

Horsfield moved up the ranks with a number of other players who have enjoyed spells at Breda, with Brandon Barker and Ashley Smith-Brown also part of the promotion campaign last season.

Not everybody agrees with the kind of arrangement City have with Breda, but it has certainly benefitted Horsfield, a young Englishman that may not ordinarily have got the chance to play in one of the major European leagues.

“It helped having the Man City lads here, it helped me settle in a lot easier than if I was coming over here on my own,” he says. “But the boys here were great and everyone speaks English.”

Now he’s back for another three years at least, hoping things will run as smoothly as they have so far. He’s kept his accommodation and is ready for the challenge of becoming a top-flight footballer. 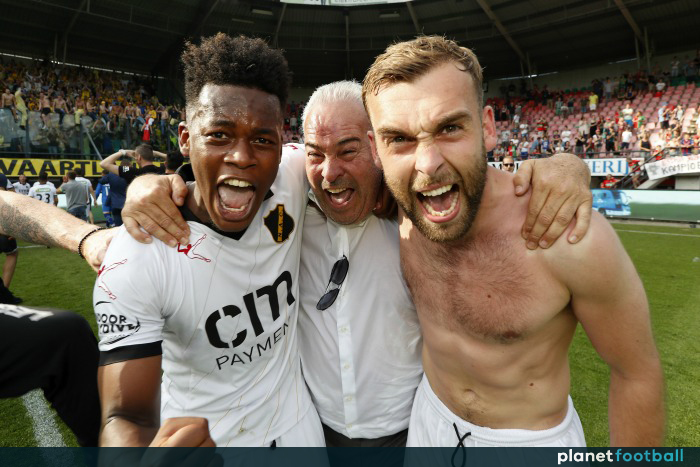 “Being away from home, having been in Manchester all my life and never having to go anywhere else apart a loan spell at Doncaster on loan and a month in Melbourne, the biggest commitment was moving away from friends and family, but you’ve got to grow up at some point.

“I’ve just rolled into the same flat I was in last time, which has worked out well. I’ve only been here a week, so it’s all pretty fresh, but I am just glad to be back.”

Horsfield has moved out of the Manchester City shadows, where there’s no shortage of stockpiled talented youngsters. Now he knows it’s up to himself to build on the footballing education he received in England, as a bona fide Brit abroad.