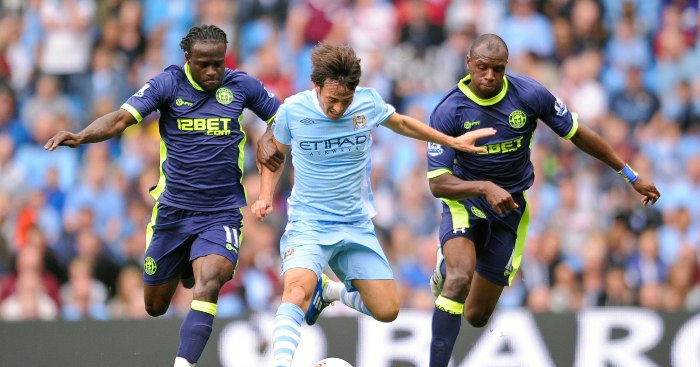 If the 2020-21 Premier League season has got anything going for it, it can at least promise to be different.

A September start, barely any time for pre-season, empty stadiums, players in quarantine, Marcelo Bielsa – we’re about to enter the Brave New World, and as always you’ll be able to rely on us to be optimistic and enjoy it as much as possible.

But there are obviously things we’re going to miss. The Saturday matchday routine, for one. David Silva’s left foot, for another.

It is nine years since Manchester City entertained Wigan Athletic four games into the 2011-12 campaign. City were coming off the back of their FA Cup victory the previous season, and the noisy neighbours were gunning for Manchester United’s title.

But while Aguero stole the plaudits, the striker’s third goal saw us treated to some pure, freebase David Silva.

What about that from @21LVA? 😍 pic.twitter.com/Hzhjk1Lv6i

City fans don’t need us to tell them just how brilliant Silva was in a sky blue shirt, but if there was one criticism of the Spaniard from outsiders it was that he didn’t score or create enough goals.

It would have been difficult to aim that at Silva in 2011-12, as the midfielder provided 15 assists in the Premier League, more than any other player in the competition.

But by acknowledging these numbers we’re only falling into the same trap when commenting on David Silva as a footballer.

Fuck the numbers. When the moments are as good as this, cherish them as much as you can. You’re only going to miss them when they’re gone.