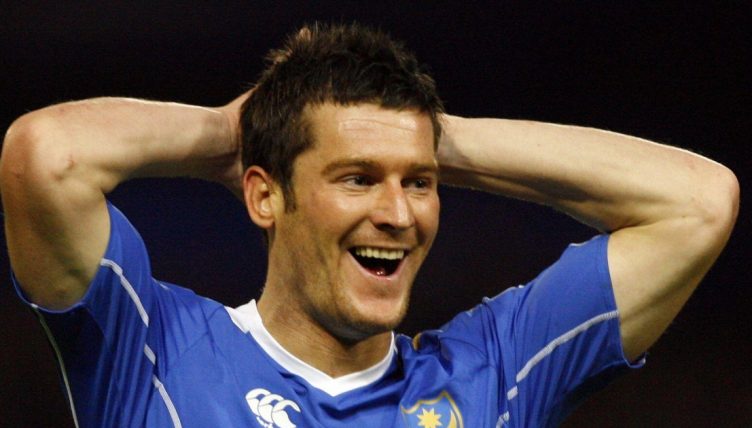 Why does Harry Redknapp hate David Nugent? From virtually the moment he bought the one-time England striker for Portsmouth, he set about a rather strange smear campaign.

David Nugent scores goals. He did it in League Two after breaking through at Bury, he did it in the Championship after moving to Preston, and he was confident he could do it in the Premier League after joining Pompey.

Harry Redknapp was confident, too. But Redknapp changed his mind. Here, we remind Nugent of where it all went wrong.

It’s summertime. A few months ago, you scored a goal on your England debut, tapping in a goal-bound Jermain Defoe shot and becoming the first Preston player to wear the England shirt since Tom Finney.

In doing so, you also join an exclusive club of one-cap-one-goal players.

Today, another dream comes true. You put pen to paper on a lucrative contract with Portsmouth – a Premier League club going places. You’ll be lining up alongside a host of international stars under a top-level manager.

Harry Redknapp, that very manager, is chuffed to have signed you. “I am delighted to get him and I’ll be even more delighted if he can get into double figures with his goals for us this season,” he gushes.

You crack a wry smile. Double figures? You’ve just scored 15 playing with Patrick Agyemang and Brett Ormerod. This should be easy.

Your transfer fee is a sizeable £6 million and you are unveiled the same day as another forward, Nigeria international John Utaka.

You are David Nugent. You have made a huge mistake.

You’ve just scored your first for your new club in a League Cup win over Leeds. But your manager, bizarrely, is doing all he can to get rid of you…not two months after signing you.

“Sometimes when you are trying to raise money you have to sell someone you don’t really want to sell,” Redknapp blabs. “What we need is somebody who can get us 15 to 20 goals a season, and if we can do some good business and improve the team we will.”

The bar has been unfairly raised. Just a month ago, the gaffer would have been “delighted” with double figures. Now he wants 15-20, and doesn’t think you can do it.

Derby County want you, but you decide to stay and prove a point.

Redknapp makes it clear who he prefers: “He’s a young player and obviously he wants to play, but at the moment Kanu has been absolutely brilliant, John Utaka’s a threat and Benjani does well.” 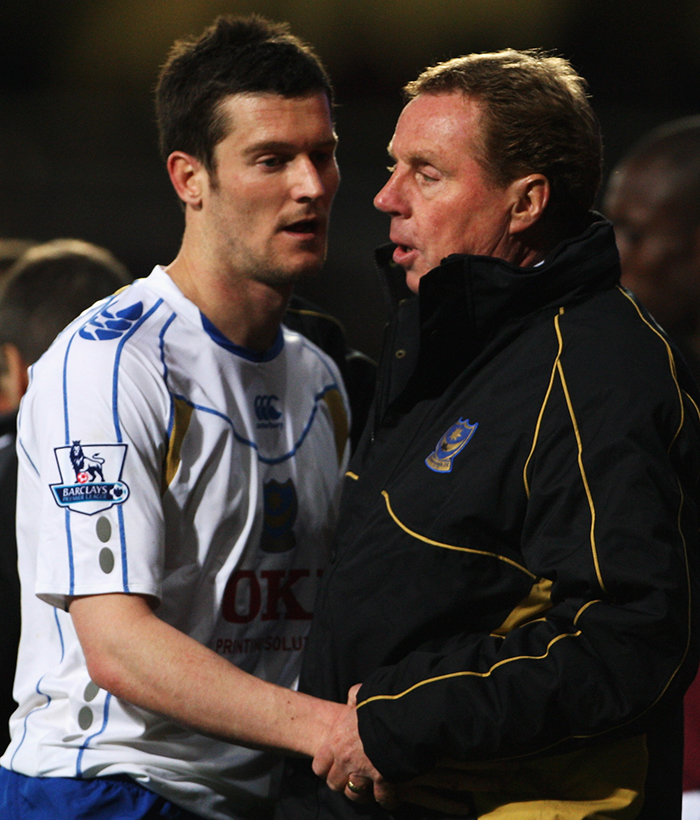 As if competition for places isn’t stiff enough, Redknapp brings in Jermain Defoe in January. (On deadline day, of course.)

The pair have been mates since their West Ham days together.

You start to wonder: this public ridicule isn’t all because you pinched Defoe’s goal against Andorra…is it?

After a goalless first season in which you make just 15 league appearances, you finally break your duck midway through your second.

It’s a real moment of redemption, since the opponent is Tottenham Hotspur, now managed by Redknapp.

“It’s taken a while, but I timed it perfectly, I think,” you say. “I had a point to prove. I didn’t play under Harry much at Portsmouth. I’ve come out and put in a good performance and scored a goal.”

You will score two more that season.

Perhaps angered by that January strike, an unprovoked Redknapp starts putting the boot in. He has not been your manager for almost a year.

“Of course I did my homework before I signed him,” Redknapp says. “To be honest with you, if I’m truthful, I was trying to sign Nicolas Anelka from Bolton at the time.

“I had good reports from some people I worked with who fancied Nugent and I went with it.

“I’m not saying anything now because we all make mistakes, but I’m quite happy to say to everybody I wasn’t convinced when I took him that I was making the right move.”

He adds that he basically doesn’t care how well you play now — he’ll always consider you a terrible footballer.

“He hasn’t proved me wrong. No matter what he does, he won’t prove me wrong, he won’t change my opinion.”

You are on loan at Burnley. Shortly after Redknapp makes these comments, you lose 5-0 to his Spurs side. 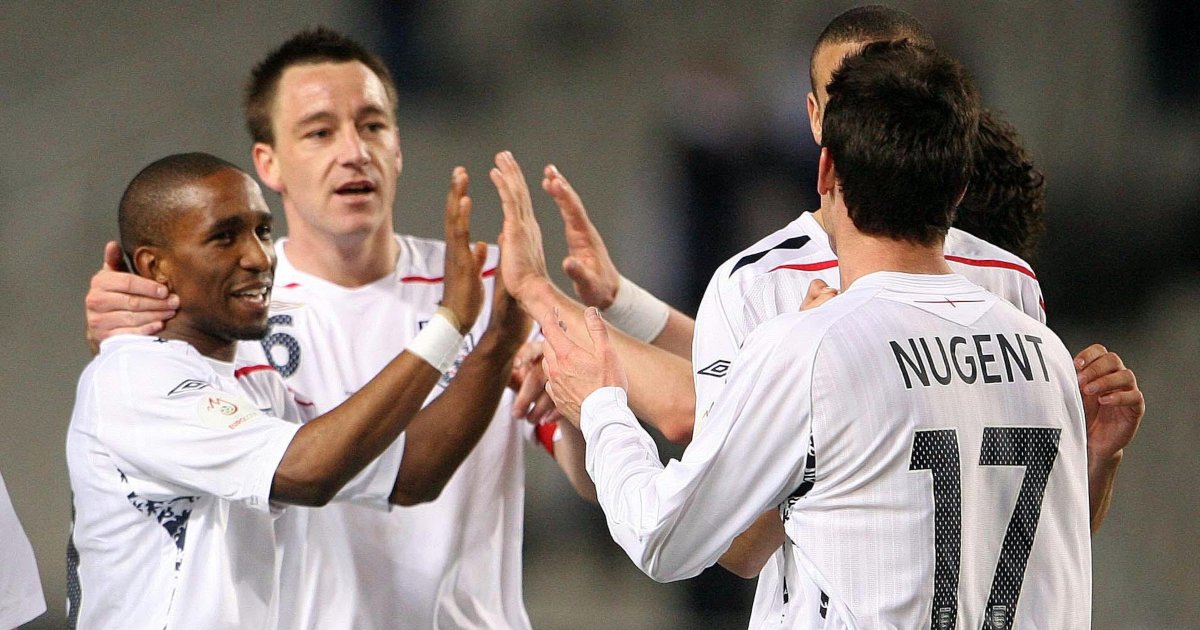 READ: An ode to David Nugent & a perfect England career we all dream of

Back at Pompey, you reveal a bit more about life under Redknapp. Still, you refrain from making any criticism of your former boss.

“Things got so bad that I did not want to go to training or to the matches. Harry is a great man-manager, but for whatever reason, he just did not fancy me.

“It was horrible and I lost so much confidence. In the end, I knew whatever I did on the training ground or as a substitute would not be good enough.”

You are finally on course for a double-figure season with Portsmouth. You are, however, playing in the Championship.

You have also just used the words “great man-manager” to describe Harry Redknapp.

You have achieved promotion to the Premier League with Leicester City, and it’s time to shed a little more light on the Redknapp feud.

You remain magnanimous, never rising to the bait.

“I didn’t think I got a fair crack in the Premier League and it was tough to take,” you explain. “I lost my confidence, didn’t have anything about me and I didn’t want to play football at the time.”

You admit that signing for Portsmouth was a mistake, but you’re over it.

You get five goals that season. In numerical terms, you haven’t exactly proved Redknapp wrong, but you help Leicester pull off a remarkable escape from relegation.

Less fortunate are Redknapp-managed QPR, who finish bottom of the Premier League with a bloated squad of poor signings like Rio Ferdinand, Steven Caulker and Sandro. 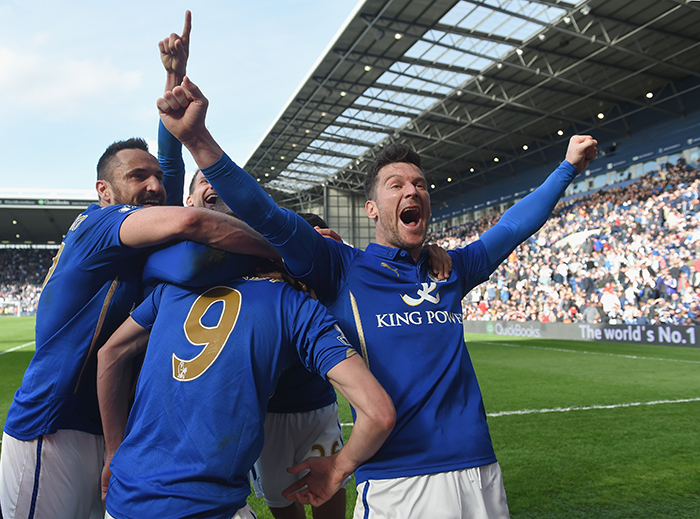 You’re finally playing for Derby, more than a decade after that scandalous transfer window. In the final match of the season, you come off the bench to grab a goal and an assist in a 4-1 win over Barnsley.

The result secures sixth place, the final play-off spot, at the expense of Preston, one of your former clubs.

At 33 years of age, there’s a chance of a final crack at the Premier League.

You lose the play-off semi-final to Fulham, but you’re at peace.

Redknapp, sacked way back in September after five straight defeats in charge of Birmingham, isn’t up to much.

You can put your feet up, finally vindicated.

Can you name all 11 clubs that Robbie Keane played for?