Roberto Carlos: So good he needed scientists to explain his goals 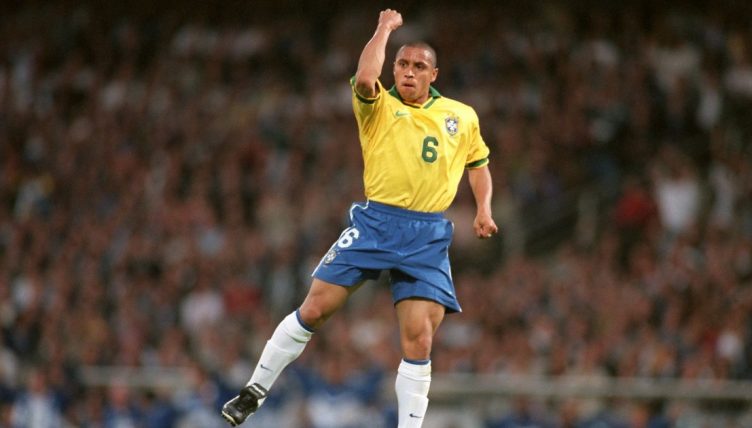 It would be easy to dedicate an entire article to the free-kick Roberto Carlos scored past Fabien Barthez at Le Tournoi in 1997.

I have, after all, written in the past about career-defining goals from the likes of George Weah and Maxi Rodríguez – but enough people have already done that on Roberto Carlos’ wondergoal and done it well.

And besides, Roberto Carlos deserves better than to be reduced to a single strike in the only tournament England fans under the age of 30 care to recognise.

The Brazilian had a very accomplished career, winning the World Cup once and the Champions League three times, and – arguably just as importantly – he could kick a football really, really, really hard.

When you were playing jumpers-for-goalposts football in the park, the guy with the hardest shot was both a blessing and a curse for the game.

You wanted him on your team, sure, but that was at least in part so you wouldn’t have to run what felt like several miles to collect the ball after he connected sweetly to send the ball between the posts and way over the horizon.

By all sensible applications of logic, the appeal of these shots shouldn’t convert to a game where, in case you hadn’t noticed, they use nets to stop this exact thing from happening, not to mention having a near-endless supply of extra balls.

So how can someone like Roberto Carlos get us out of our seats like almost no one else when he steps up and blasts the ball goalward as if he’s starting a pinball game, as with this World Cup bullet against China in 2002?

It’s as telegraphed as a World Cup goal can realistically be: Rivaldo and Ronaldinho part, as if worried their mere proximity to their team-mate could leave them at risk of catching an aftershock, and Jiang Jin in the China goal knows where it’s going but can do no more than simply dive near the ball.

There are few foregone conclusions in football, but this feels like one of them. Yet that only seems to add to the excitement of seeing it come off.

🚀 Absolutely no stopping that! Roberto Carlos blasted in this free-kick for #Brazil against #China as they won 4-0 in the @FIFAWorldCup #OnThisDay in 2️⃣0️⃣0️⃣2️⃣ 👏 pic.twitter.com/q3SUmQ4vxy

There’s an argument that our love for this kind of goal comes from the same part of our brain that appreciates a knockout in boxing or MMA.

Even in the most one-sided fight, when we’re almost certain the decisive blow is coming at some point, a hard and true connection can still jolt us as if we’re feeling the force of the hit ourselves.

David Haye’s comeback victory over Mark de Mori in 2016, for example, felt like a Brazil v China level of mismatch. And yet there was something visceral about the way the Englishman knocked his Australian opponent to the ground inside round one.

In these circumstances, the speed of movement and instantaneousness of connection removes any element of ‘seeing it coming’ – our eyes simply don’t operate like that – so even the most visible set-up and the best view of an inevitable trajectory is no match for the in-the-net-before-you-can-blink execution.

In the same way that certain sound frequencies will have a reflexive impact we can’t naturally explain, it feels as though a shot hit above certain speeds can have a similar impact on our brain through our eyes.

If this is the immediate reaction to the goals we sort of saw coming, imagine the same power and sweetness of connection when we couldn’t have possibly anticipated it.

You guessed it, Roberto Carlos can deliver on that front too, with a goal against Tenerife which was so good it forced American broadcasters to go to their ‘lab guy’ to attempt to explain it, introducing the segment with the line “remember grade 10 math?”.

I know what you’re thinking here: it’s clearly meant to be a cross.

Now, there is plenty of evidence to support that theory, namely the idea that no one would even try shooting from there, coupled with Roberto Carlos responding with the semi-sheepish hand up of a tennis player who has just benefited from a lucky net cord, but there’s a much stronger counter-argument.

Point two: if that’s meant to be a cross, it’s a pretty terrible one. It’s too high for anyone to get their head on it, and too close to the keeper for any attacker to realistically get there first. And, as we know, Roberto Carlos doesn’t get things that wrong.

And the third and final point? I want it to have been deliberate and so do you, so why are we willingly ruining our own fun by even entertaining the idea it might not have been entirely intentional?

If the goal against China was Haye’s it-was-always-coming knockout, the one against Tenerife was Conor McGregor’s 13-second dismissal of Jose Aldo one month earlier.

Sure, we know it was within the realms of possibility – we knew that in the loosest theoretical terms before it happened, and we understood afterwards that it always could have happened because it did happen, but anyone who claims not to have been stunned by it in the moment is lying.

That’s what you get with someone who can kick a football faster than your mind can process thoughts, and that’s why we’ll always love someone with Roberto Carlos’ talents.

You can pore over technical execution and rapid movement all day, but neither will have the same gut-punching impact of someone stepping up to a football and just kicking it harder than you or I ever could.

A tribute to Ronaldinho, the man who made us all believe in magic

Edmundo & Romario: The Brazil superstars who hated each other’s guts