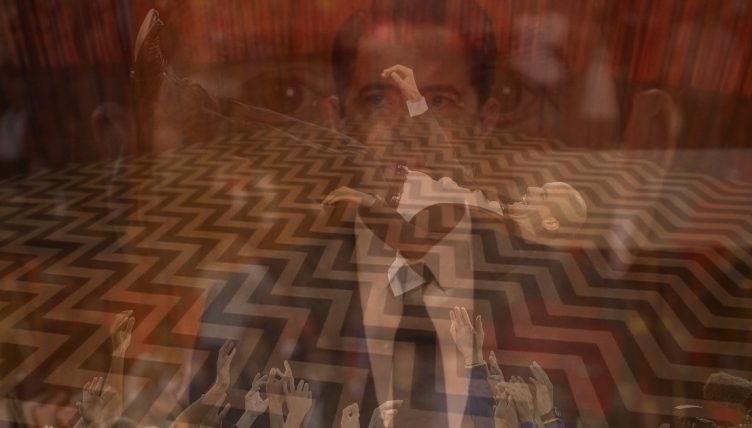 There’s a scene towards the end of David Lynch’s late-career 18-part opus Twin Peaks: The Return that some believe is the key to the entire mystery.

Lynch himself, playing half-deaf FBI deputy director Gordon Cole, is sat outside a Paris cafe, speaking with Monica Bellucci – the actress, as herself – and is told an “ancient phrase” in one of the series’ hallmark dream sequences.

“We are like the dreamer who dreams, and then lives inside the dream.”

Bellucci then asks: “But who is the dreamer?”

On May 28, 2011, Pep Guardiola’s Barcelona reached what is widely considered their zenith, beating Sir Alex Ferguson’s Manchester United 3-1 in the Champions League final. Not only did they produce one of the great performances in the history of the sport, but they did it on the biggest stage in club football.

Guardiola’s vision was perfectly realised by his players. On that hallowed Wembley turf, where the coach himself had won the honour as a player under Johan Cruyff in 1992, the dreamer lived inside his dream.

Ferguson’s United had already faced Guardiola’s Barcelona once before, in a 2-0 defeat in the Rome final two years prior. The legendary Scottish coach and his players had described the experience in nightmarish terms.

“They get you on that carousel and they make you dizzy with their passing,” Ferguson said in 2009, with the “carousel” entering the footballing canon for how difficult it was to face Barcelona’s iconic midfield trio of Sergio Busquets, Xavi Hernandez and Andres Iniesta.

“I lost sleep over that many many times,” admitted Rio Ferdinand, while Ryan Giggs reflected: “At times Barcelona can make you look silly because they keep the ball so well.”

That Barcelona team was a joke! They threw Man Utd into disarray 😩 pic.twitter.com/2WAujMTgca

There’s a tendency for fans of any club to believe that their team are masters of their own destiny, and whatever has been produced on the pitch is by design, for better or for worse.

It’s a fair assumption to make for a side like Manchester United, who were contesting their third final in four years in 2011, having won four of the last five Premier League titles, with an XI that featured the club’s all-time appearance maker (Ryan Giggs), all-time top scorer (Wayne Rooney) and an era-defining central defensive duo (Nemanja Vidic and Rio Ferdinand).

Such a team, helmed by one of the most decorated and respected coaches in history, couldn’t be so comprehensively bested again, could they?

To reach that conclusion is to believe Ferguson’s United had agency, but that had been revoked by Guardiola’s peak Barcelona. It’s what made the Catalan side so special, and so intimidating.

Welcome to the Black Lodge

“Waking dreams are the ones that are important, the ones that come when I’m quietly sitting in a chair, gently letting my mind wander. When you sleep, you don’t control your dream,” Lynch – famously an avid practicer of transcendental meditation – answered when asked about the significance of dreams in his own life, in Lynch On Lynch.

“I like to dive into a dream world that I’ve made or discovered; a world I choose.”

The brutal psychological terror of a bad dream – of Twin Peaks’ Black Lodge – is the lack of control, left at the mercy of external forces.

“He who has the ball has fear,” is one of Jose Mourinho’s seven key principles, according to author Diego Torres. But there lies the fundamental difference between the Portuguese coach and his old arch-rival Guardiola.

Ceding possession didn’t work for Mourinho’s Real Madrid in the semi-final, a 3-1 aggregate victory for Barcelona that booked their trip to London, setting up a rematch with the champions of England.

The Yin to Mourinho’s Yang, Guardiola fears not having the ball – if you have it, the opposition can’t hurt you – and as such would invariably turn matches into full-pitch, 22-man Rondos.

The statistics from Wembley tell the story of Guardiola’s vision brought to life: 68% possession in a cup final; Xavi alone completed more passes – 141 of the 148 he attempted – than United’s midfield combined, including their substitutes; Lionel Messi, nominally Barcelona’s centre-forward, registered 125 touches, while his opposite number Javier Hernandez registered 21.

This was football exactly as the architect, a devout Cruyffist, dreamed it.

As in Rome, Manchester United started as the livelier of the two sides, but it only took Barcelona 10 minutes or so to find their rhythm. Just before the half-hour mark, they found the breakthrough as Xavi found a pocket of space before executing a perfect short diagonal through ball between three opposition bodies and into the feet of Pedro, who made no mistake with the near-post finish.

Ferguson had stressed the importance of avoiding getting drawn into “the carousel” again, but they couldn’t escape it.

Chelsea could use a Wembley special from Pedro 🔥#FACupFinalpic.twitter.com/IBEOab0y9E

The veteran coach’s gameplan was to press high and win the ball close to Barcelona’s penalty area. That paid dividends in the 34th minute when Wayne Rooney cancelled out Pedro’s opener, producing a fine finish after a direct move aimed straight for the jugular.

But it was to be only a temporary reprieve from Barcelona’s dizzying display of total control. It was United’s only shot on target, one of just four attempts across the 90 minutes. By contrast, Guardiola’s men registered 22 shots, 12 on target.

Rooney’s bolt-from-the-blue equaliser appeared to have rattled Barcelona, but they came out with a renewed vigour after the break to produce a flawless second-half display. United failed to lay a glove on them, left chasing shadows.

Having won the ball back in their own half, Barca played 10 passes, patiently switching the play from out wide to infield again, before a piece of individual brilliance from Messi. In chasing the ball, Park allowed the Argentinian the space to drive forward and unleash a fierce low drive from 25 yards.

A superb goal as Barcelona saw off Manchester United in the Champions League final 🏆pic.twitter.com/aMT8JecERf

There was to be no response from United this time; their tiring legs became ever less effective at chasing the ball. Fifteen minutes after Messi’s goal, David Villa doubled Barcelona’s lead with another perfect finish from outside the box. Busquets had latched onto a loose ball in the penalty area before laying it off. Each of Barcelona’s front three had now scored, and the midfield trio had all notched assists.

Rooney and Ferdinand have both since questioned their manager’s approach, while Ferguson himself has admitted he regrets not putting Park Ji-sung on a Messi man-marking job. Chances are any alternative approaches would have proved just as futile against such a fully-realised side.

There’s a phrase that’s become memeified to within an inch of its life, so trite that it’s almost lost all meaning, but if it ever deserved application in a football context, this is it: it’s Pep Guardiola’s world, and we’re all just living in it.

The coach and his players embraced on the pitch after the final whistle, celebrating their greatest triumph, as Ferguson’s beaten men looked shellshocked.

“They do mesmerise you with the way they pass it,” Ferguson said after the match. “In my time as a manager, I would say they’re the best team we’ve faced.

“It’s not easy when you’ve been well beaten like that to think another way. No one has given us a hiding like that. They deserve it because they play the right way and enjoy their football.”

The match recalls another line from Lara Flynn Boyle’s character Donna Hayward from Twin Peaks’ second episode in 1990: “It’s like I’m having the most beautiful dream and the most terrible nightmare, all at once.”