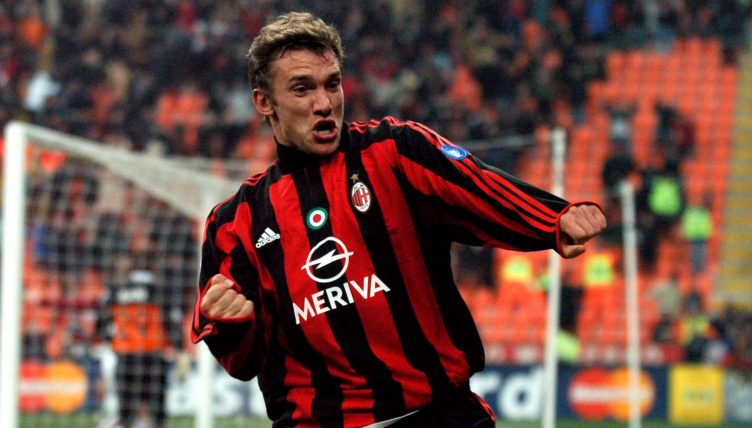 Andriy Shevchenko was a brilliant goalscorer for AC Milan between 1999 and 2006. And on December 9, 2001, he scored a truly sensational goal against Juventus.

When we talk about footballers making their own luck, it’s often in relation to being in the right area to win a penalty, or a goalkeeper getting their position right so it looks like a shot is hit straight at them from point-blank range.

However, there’s another way in which a player’s past actions can benefit their future: namely, in allowing us to give them the benefit of the doubt on an act which – had another player performed it – might have been written off as a fluke.

Had anyone other than Dennis Bergkamp performed his impossible turn on Newcastle’s Nikos Dabizas, for example, the number of observers questioning the intent of the perpetrator would be much higher

The same goes for what many have called Andriy Shevchenko’s greatest goal in Serie A – a goal with little impact on the season in which it was scored but with a huge bearing on the legend of the man himself.

It’s the kind of strike which, if you were to catch it out of the corner of your eye, you’d need to go back for a closer look. Then, when the closer look arrives, you’d wish you hadn’t paused and slowed it down because now it makes even less sense.

The goal arrived in December 2001, towards the end of Gazzetta Football Italia’s run on Channel 4, making it one of the final lasting memories associated with the show.

For many in the UK, though, it was the point at which Shevchenko was beginning his ascent from a mere great to a bona fide superstar. It almost felt as though he knew people had only limited exposure to his Dynamo Kiev glories and would therefore need to hit the ground running in Milan.

The goal arrived in his third season with the Rossoneri, after he had won the Capocannionere title in his first and finished runner-up to Hernan Crespo in his second.

Sheva’s identity as a prolific scorer already secured, it was time for him to add a bit more gloss to his highlight reel. He wasn’t scoring a goal like this because he needed to but simply because he could. 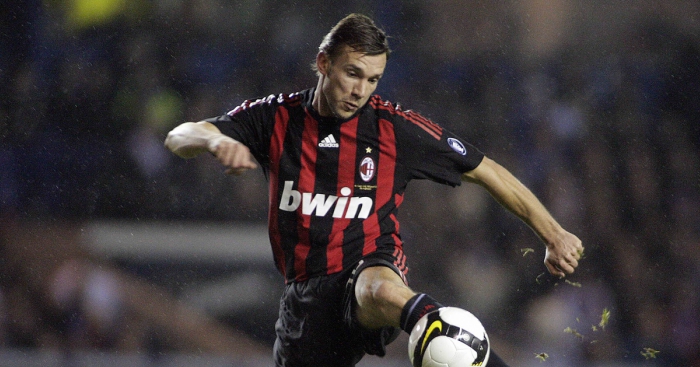 As soon as Shevchenko escapes Edgar Davids with that bit of thigh control, it becomes a question of how, not if, he’ll get a shot away.

He is somehow teeing up a shot that will only arrive several touches later, and yet managing to treat the intervening run as a simple diversion.

It’s like the first touch is the start of an act, the shot is the climax, and everything in between is the play-within-a-play. It’s decoration to meet a word count, but when it’s so pretty you’d rather he did it this way than simply power through and beat the goalkeeper one-on-one.

It’s not clear whether Mark Iuliano’s full-body swerve is meant as a turn-to-camera, but he could be forgiven for facing the audience and making sure they’re paying attention before we get to the good part.

Similarly, as Gianluca Pessotto prepares to dive in, he probably could have brought Shevchenko down if he really wanted to.

However, after watching all that has come before, he recognises it’s time to give the Ukrainian the benefit of the doubt. He’s already done the first part of a great goal, so it would be rude to deny him the opportunity to finish the job.

And now to the finish – the moment where you either decide it was a fantastic finish or ‘clearly a miss-hit cross, mate’.

But those who fall into the latter camp are missing one very important detail.

Shevchenko clocks where Gigi Buffon is the second he takes the initial touch, and he’s in no mood to forget where the goalkeeper is in his mental map. There’s even that little glance up before the shot, just to make sure he’s not transformed into a 10-foot robot or, worse, hung back on his post.

It’s the strike of a player who knows he can, and will, score from anywhere, like a golfer going straight for the pin on a par four or a pool player potting every ball in a single shot. Shevchenko had done enough in the previous two seasons for us to be certain this was the latter.

Strangely enough, the goal against Juventus came not long before a relative drought in front of goal.

Shevchenko managed just four more that season after scoring 18 in 21 for club and country, while the following season saw him trade numbers for importance by scoring the winning penalty in the Champions League final.

That said, after you’ve scored a goal as good as the one against Juve, why would you even be that fussed about trying to top it?

READ NEXT: What happened to Francesco Coco, once Clarence Seedorf’s equal?