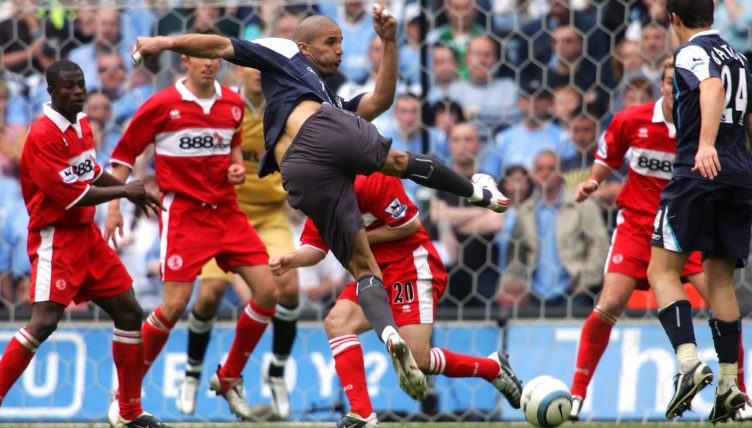 On May 15, 2005, the world was a different place. Tony Blair was in his seventh year as Prime Minister, a global financial crash was a fanciful notion, Noel and Liam Gallagher got on well enough to be part of the same band and Manchester City were a club to which the word “tragicomic” could be easily applied.

So easily, in fact, that the next day The Guardian’s match report did in fact apply the word “tragicomic” to City’s season finale. Why? Because of one of the most bizarre managerial decisions since the 1992 inception of the Premier League.

City’s campaign had been turbulent. They had fallen in the FA Cup to Oldham and gone out of the League Cup to a team full of Arsene Wenger’s Arsenal kids. Kevin Keegan, who had led them to promotion from the second tier three years prior, left his post in early March after a 1-0 home loss to Bolton.

Under his replacement Stuart Pearce, though, City had been in red-hot form. After four wins, three draws and a single loss in Pearce’s first eight games, City went into the last day of the season with a chance of European football.

If they could beat Middlesbrough at home, they would leapfrog Steve McClaren’s side into seventh and qualify for the following season’s UEFA Cup.

City’s hopes were dented early on when Jimmy Floyd Hasselbaink battered a free-kick in off the bar from a full 40 yards, but a silky turn and fine finish from Kiki Musampa got City back on level terms and they were piling on the pressure in the closing stages.

It was a situation Pearce had foreseen and planned for. With two minutes of normal time to go, second-choice ‘keeper Nicky Weaver came on in place of midfielder Claudio Reyna, David James was handed an XL outfield shirt and Pearce pointed him in the direction of the other penalty area. The 6ft 4in England No.1 would play the rest of the game as a makeshift centre-forward.

It was a wacky tactical brainwave from the man they called Psycho; chaos had been unleashed.

Pearce pointed and screamed in his inimitable, open-mouthed style. Weaver had warmed up, Joey Barton was sent to the right wing, David James was called across and the hair-brained decision was put into action.

Reyna was to be taken off and Pearce called him over and tapped the back of his head while he explained his thought process. Clearly whatever explanation was given made little sense to the American as he reeled back, a look of shock and horror across his face.

Weaver pulled his gloves on and James swapped his goalie shirt for an outfield number with ‘James 1’ on the back. The move was obviously pre-meditated and can only have sent Jon Macken’s head into a spin.

Macken was a specialist forward and when he had arrived at City in 2002, he had been their £5million record signing. But things had long since started going pear-shaped for him in east Manchester. He had made fewer than 30 starts over the previous three seasons, and when he saw Pearce turn to the lumbering James instead of him as the last-minute, Hail Mary option, he must have known his time at City was up.

“I was sat at home the night before thinking I’ve got to win the game,” Pearce told talkSPORT in 2019. “I was thinking about what I could do if the match was a stalemate late on. I thought to myself I’ll put James up front. I had that up my sleeve. Jon Macken (who was on the bench) was not scoring and playing well by the way.

“I told the kit man to print me an outfield James number one shirt and I said, ‘don’t tell him for goodness sake’. He didn’t know anything about it. My assistant at the time said he didn’t want anything to do with it. When it came to 75 minutes he said ‘no chance, you’re on your own you idiot’.”

James bounded forward gamefully to form a big-man-little-man double act with Robbie Fowler and stood for a few head-scratching seconds next to Shaun Wright-Philipps, who, a full foot shorter than the ‘keeper, looked upwards in confusion.

Then, almost straight from the restart, the ball fell to the big man in the penalty area, back to goal and marked by three men. He twisted one way then the other, with the grace and elegance of a Sunday League striker who had prepared for the game with 12 pints of lager and a 3am lamb doner with extra chilli sauce.

The ball escaped his control and with the reactions of a tranquilised elephant, James lunged towards Doriva, who crashed to the floor, presumably wondering at that point why on earth he’d ever agreed to come to this godforsaken country in the first place.

As James got up, the now England boss pointed and shouted something in James’ direction. Something, we imagine, along the lines of, ‘Oi, Dave, piss off back to your own area you lumbering oaf.’

James’ moment would come, though, and it would not take much longer. A young Joey Barton waddled up the right, sent the ball across the box towards his ‘keeper-cum-striker and, to cut it out, Franck Queudrue stuck out a long left arm.

James appealed wildly, as did the City fans behind the goal. The referee paused for just a second, but put the whistle to his lips and pointed to the spot. City’s chance had come, Fowler stepped up and it was him versus Mark Schwarzer for a place in Europe.

Fowler hit it hard but it was not close enough to the corner – Schwarzer stuck out two big gloves and stopped it.

There was still time, though, for one last roll of the dice. On occasions like this, there always is.

As the clock ticked down, the ball was punted forwards and in the space of a few seconds, James produced a combination of the actually-quite-good and the absolutely farcical.

First, he got up and nodded the ball on, which, one imagines, is exactly what he’d been sent up to do. Rather than reaching Fowler or Wright-Philipps, though, the ball was headed back out by Boro stalwart Ugo Ehiogu.

Ehiogu’s header floated to the edge of the box, where James lurked, ready and waiting to pounce. Pounce he did, but the result, as The Guardian report put it, made him look like a “headless ostrich”.

James swung a boot at it, completely missed and the ball bounced towards poor old Doriva again. James scrambled to his feet and, in his embarrassment at his air shot, decided to try to volley Doriva into the net instead. Somehow, his long legs also managed to catch George Boateng and the three of them were left in a heap on the floor.

That was it, City’s last chance was gone. Boro were going on a European tour, one that would see them reach the final. City had to content themselves with another tragicomic ending to a season.

“James thought I was taking him off, but when he realised he loved it,” Pearce added on talkSPORT. “I’ve got to say I didn’t give him any instruction, though.

“I thought he was going to get on the end of things, but he ended up playing as a No.10. He ended up tripping over the ball. He had the worst impact of all time. If Robbie Fowler had scored the penalty in the 82nd minute it would have been a masterstroke, though.”

Alas, Fowler didn’t score the penalty and Pearce was instead the laughing stock of the country. That didn’t deter City’s chairman John Wardle, though. For the form City had shown prior to that Boro match, Pearce was rewarded with the job on a permanent basis.

READ NEXT: Pearce: Venables said ‘Are you f*cking sure?’ when I went to take Spain pen