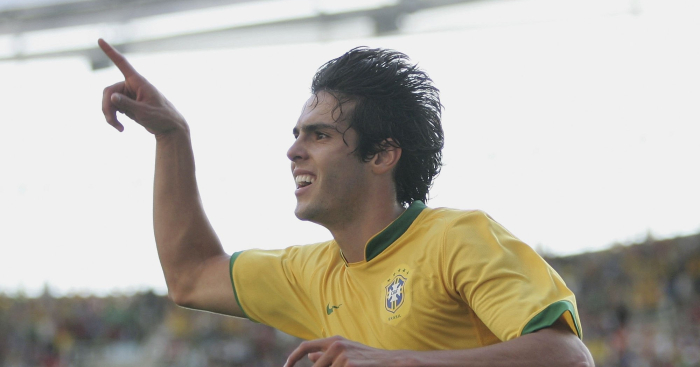 International meetings between Brazil and Argentina tend to carry a lot of weight, even when the circumstances suggest they maybe ought not to.

Considering the breadth of the rivalry between the two South American countries, it seems surprising to learn they haven’t met in the World Cup finals since 1990.

Still, regular meetings during qualification campaigns and at the Copa Ámerica might leave you thinking friendlies between the two aren’t quite as important.

However, this is a rivalry like no other, and fans of the two countries always ensure there’s something on the line.

This makes it all the weirder that arguably the best goal in the fixture this century arrived in a meeting which didn’t play by those rules.

The 2006 World Cup wasn’t the best of times for South American football.

Brazil were taken apart by a Zinedine Zidane-inspired France in the quarter-finals, while Argentina – having cruised through the group stage with Esteban Cambiasso finishing off one of the best team goals in tournament history – were felled by hosts Germany at the same stage.

Fans would have to wait just a couple of months to see the new-look set-ups, except there was a twist – the game would not be in Rio de Janeiro or Buenos Aires, but rather in London, at Arsenal’s newly built Emirates Stadium. 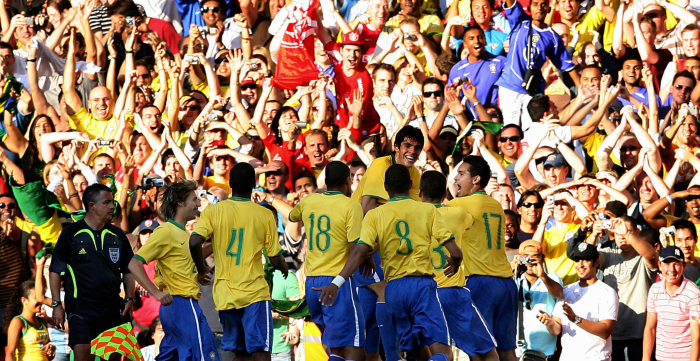 It was a time where overseas friendlies were still something of a novelty, more common to international than club football, and it was the first international fixture at the new stadium – this combination offered a chance to make history, but also an uncertainty about what might later be rewritten in N7.

While Argentina kept faith with many of the personnel who made them contenders in Germany, their opponents were able to call upon members of the new generation: one of them, Shakhtar Donetsk midfielder Elano, scored his first two goals for the Seleçao in that game.

But they still had a few members of the old guard available, even if some were younger than the man who scored their first two goals that day.

Kaka, despite being a veteran of two World Cups, was still just 24 years old, and it was he who provided the gloss on a dominant 3-0 victory with perhaps the best goal he ever scored in gold and green.

After robbing Lionel Messi 10 yards outside the Brazil area, it seems like a fait accompli. It’s weird to think of a player bearing down an opponent’s goal while still in his own half, but the determination is there from the get-go.

Back in 2006, Messi was just a character in someone else’s story, rather than the narrator, and this is the sort of goal which – for this reason – it’s hard to imagine happening in the 12 years since.

Kaka’s baby face and infections smile almost implanted a style of play onto our perceptions of him, and yet the reality was much more complex. This was a big, bustling boy, the kind you’d ask to carry your heavy luggage at the airport or rescue your cat from a tall tree, and he’d do it all with a smile on his face and keeping his hair full and voluminous throughout.

This explains why Gabi Milito never stood a chance – he could approach Kaka, sure, but would instantly become so mesmerised by his opponent’s beauty that standing in his way would feel like a denial of the natural order of things.

Like a 400m runner coming up against Michael Johnson at his peak, there was a mental calculation made necessary: it wasn’t about whether he could win – that was already out of the question – but rather about how much effort he would need to exert to ensure it looked like he had done everything he could.

As for Roberto Abbondanzieri in the Argentina goal., his response was the purest example of experience giving way to youth, providing an eminently beatable test in a spot where he knew that even by trying his damnedest he’d have been unable to deny his younger peer.

Abbondanzieri was already 34 years old and knew he he was unlikely to come up against Kaka many more times in his career, so being able to look his opponent in the eye at full-time might have been enough.

In the not-too-distant future, we may see Kaka lose his crown as the last player not named Cristiano Ronaldo or Lionel Messi to win the Ballon d’Or, and the Brazilian’s own brilliance has been unfairly viewed through the prism of the two men who followed him.

During his prime, he had it all, and while he tailed off, what was more significant was the definition of ‘it all’ changing drastically.

Kaka’s blend of skill, strength and ability to take control of a game seems married to the last time Serie A was on equal footing with the other ‘big five’ European leagues.

While Calciopoli dented Juventus immediately, its effect on the clubs around them was more of a slow burn, allowing those remaining to quickly make hay but then get out before the tide turned.

Kaka might have ultimately struggled with injury and the emergence of Ronaldo after completing his world record move to Real Madrd, but there’s also an argument that the Serie A he left behind wasn’t there for him to return to even two or three years later.

However, for all the struggles he underwent across the rest of his career, goals like the one against Argentina show us just how majestic he once was.