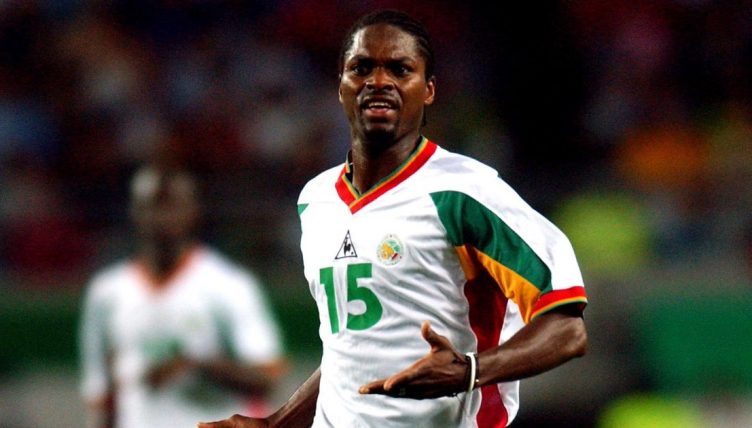 When Salif Diao scored against Denmark for Senegal during the 2002 World Cup, Liverpool fans may have understandably been a bit excited. It was a thing of beauty.

How does it feel to learn your choice for the best ever World Cup goal is objectively wrong.

Eder against the Soviet Union? Just a hit-and-hope. Esteban Cambiasso against Serbia and Montenegro? Got bored halfway through. Diego Forlán against Senegal? Not even the best goal in that group.

The 2002 World Cup is known for a lot of things, and its plethora of great group stage goals can get lost amid the controversy which followed later in the tournament.

However, early on in that tournament we were almost spoilt for choice.

We got that Forlán volley, of course, and Roberto Carlos’ rocket against China, but the highlight has to be the supreme display of counter-attacking football which produced Salif Diao’s goal for Senegal against Denmark.

Diao’s goal often misses out in chat about the tournament, and even chat about Senegal’s role within it, largely because it doesn’t fit the narrative of extremes.

Everyone remembers Papa Bouba Diop’s winner against holders France, and the win/loss dichotomy of Golden Goals scored by Henri Camara and Ilhan Mansiz in the knockout stages.

Even the third group game against Uruguay has a place in the conversation, if only for Forlán’s volley and the late Richard Morales chance which could and should have eliminated the African side.

Amid all of that, the middle game against Denmark often gets lost in the noise. It really shouldn’t though, and Diao’s goal should really be much higher up the top 10 lists on which it often doesn’t even feature. 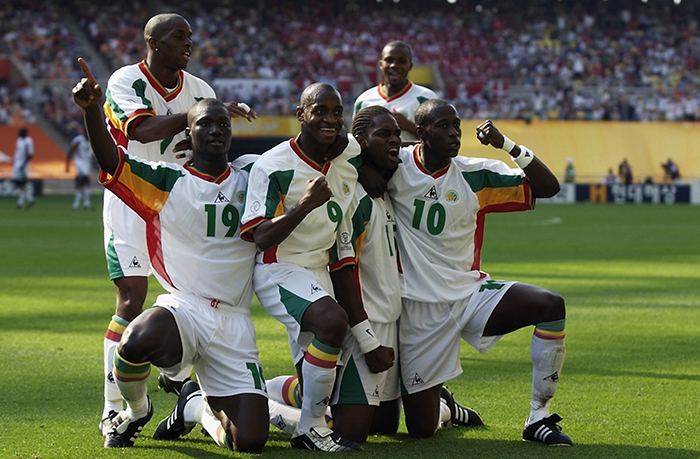 Let’s start on the right touchline, a few yards outside the Senegalese area, where Camara wins the ball with a perfectly executed sliding tackle.

It’s not your conventional sliding tackle, the kind that footballers pull off, but rather it’s the kind which someone playing a footballer in a deodorant advert might proffer as his best guess at what a sliding tackle looks like.

There’s reason for this – no one has seen Camara even attempt a tackle in any other context, certainly not during a stint in English football which saw him hanging off the shoulder of the last defenders as loosely as a cocktail olive above a martini.

He might occasionally retreat into his own half, but only to bide his time before the next attack. Which makes the dispossession of Martin Jørgensen as unlikely as it was impressive.

From then on, the Senegal players advance as if they’re sweeping their way across an ice rink while the Danes trudge through mud, always two or three steps ahead of their opponents to the point that any reactive move is so late that it feels as though the European side are playing a qualifying match against a team that’s already in the knockout stages.

When El-Hadji Diouf opens up play with a first-touch flick, Denmark are mentally preparing to get on the end of Jørgensen’s cross a couple of phases earlier, and once space opens up for Diao the men in red are left chasing shadows like a group of stowaways making a dash for a cross-country train.

For Liverpool fans, the sight of one of their incoming signings feeding the other for a blistering counter-attack was music to their ears. If only they’d known things were unlikely to ever be this good for either Diouf or Diao at Anfield.

Diao’s first time pass out to Khalilou Fadiga, while perhaps not as flashy as the touch that preceded it, was just as important in keeping Senegal moving at light-speed from one end to the other.

It’s a guitar solo of a pass, or the celebratory last verse of a battle rap, his flow so uninterrupted and his movements so in-the-zone that he doesn’t even need to break stride, advancing upfield to collect the return ball when it is ready for him.

An intricately deliberate move, when done properly, can feel so effortless as to look like it didn’t even need practising.

Amid the breakneck speed of the move, Souleymane Camara’s casualness represents an important contrast. In making his ambling decoy run to the left of the Danish box, he controls the urgency of those around him.

Not only are two defenders drawn wide, opening up space for Diao to burst through the middle of the area, but they’re drawn wide at a jog, preventing either from retreating upon spotting the second run.

Not that they’d necessarily have been able to do a lot about it, of course.

When Diao releases the ball, he’s a good 5-10 yards behind the centre circle, yet he has overtaken four Denmark players by the time the return pass arrives.

It’s the Blade Runner of one-twos, with Fadiga absorbing the plaudits of the original and waiting until the public were at breaking point in their pursuit of a sequel. His delay is no less important than the execution of the ball back to Diao, which is saying a lot considering the quality of the latter. 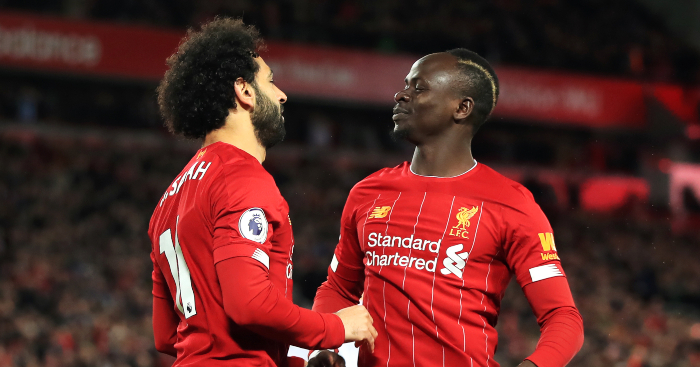 READ: Ranking the 16 African players to play for Liverpool in the Premier League

But the finish is simple, right? Not really. The pass may be well-placed, and there’s a case it couldn’t have been much better, but Diao still has work to do.

When moving at that pace, and essentially on the stretch, the temptation to put your foot through the ball must be immense. Even a side-footed finish must be more tempting than what he actually produced.

And yet, Diao knows the importance of beauty. There’s a feeling that, watching it back, he knew he was part of something truly special and would need to treat the pass with due care, as if he had been handed an expensive vase.

Lifting the ball wouldn’t do, and any touch from Thomas Sørensen would ruin the cleanliness of the move. With so much at stake, it might not seem worth potentially sacrificing outcome for aesthetics, but in retrospect there’s no way in which it wasn’t worth the risk.

Just 13 seconds pass between Henri Camara collecting the ball near his own goalline and Diao slotting it home more than 90 yards upfield, and only four men touch the ball in that span. Try telling me that’s not how football should be played.

Ranking every World Cup since 1990 from worst to best

Where are they now? The Senegal starting XI that beat France in 2002