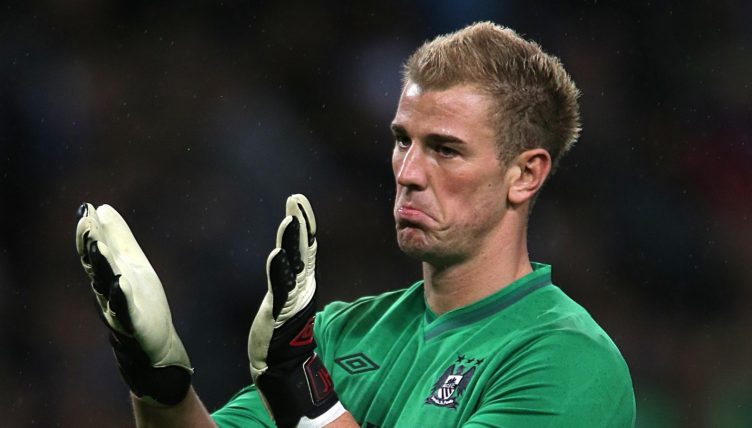 Reputations are just like respect. They’re hard-won, but lost in the time it takes to clear your throat.

Consider Joe Hart. For a goalkeeper who has won every domestic honour and played 75 times for England, Hart exists as little more than a punchline these days.

You don’t need Sherlock Holmes to identify the origin of his demise. In 2016, Hart made two major blunders at that summer’s European Championship, including the goal that gave Iceland their, let’s face it, hilarious and historic triumph in the round of 16 – four years on from Andrea Pirlo’s painful panenka.

Upon returning to Manchester City, Hart found himself cast aside by new manager Pep Guardiola, who had decided Claudio Bravo was a better option between the posts courtesy of his ability with the ball at his feet.

Failed loan spells at Torino and West Ham further dented his reputation, and Gareth Southgate unceremoniously dropped him from the 2018 World Cup squad. It’s hard to remember such a sudden decline from an elite player. His career has never truly recovered.

But, in his prime, the Shrewsbury-born stopper was an excellent asset for his club, as he proved with a ridiculous performance against Borussia Dortmund in October 2012.

The result was a riotously entertaining match in which Hart produced one of the displays of his career.

City didn’t know what hit them. The midfield pivot of Yaya Toure and, erm, Jack Rodwell was overwhelmed as Dortmund swarmed around them.

Hart was called into action early on as Lewandowski slipped Gotze through. The cherubic playmaker took a touch before lashing a fierce shot goalbound, but the England goalkeeper extended his fingertips and pushed the ball onto the post.

It was mere foreplay compared to the pounding Hart’s goal would face that evening.

The first half rocked back and forth, as tends to happen when two highly talented but flawed teams attack each other. Klopp was in his element, gurning on the touchline, while Roberto Mancini looked on bewildered.

Chances were spurned at both ends before Hart was called to make a second impressive save. Reus improvised an outrageous flick that left the City backline frozen in awe, allowing Gotze to trundle through.

His shot was fierce but Hart somehow managed to get some skin between him and the ball and push it onto the crossbar. At this point, Gotze must have wondered if he’d stepped on any pavement cracks before entering the stadium.

Gundogan eventually moved to the Etihad in August 2016, generally slipping under the radar until becoming Fantasy Football’s must-have accessory in 2020-21. Which this writer, with pinpoint ineptitude, ignored.

Almost a decade away from his career hot-streak, he wasted a gilt-edged chance to put Dortmund ahead. Playing a one-two with Lewandowski, the midfielder took advantage of a turf-prone Rodwell to hook an effort at goal.

Hart stood his ground and palmed away the shot. The final strike may have been poorly executed, but the goalkeeper’s positioning and reflexes made things look harder than they seemed.

We assume Hart was carried into the dressing room on the shoulders of his grateful team-mates, but the available footage fails to confirm our theory.

Never mind stepping on pavement cracks, Gotze clearly must have walked underneath every ladder between Dortmund and Manchester while cradling a black cat.

Alternatively, he was once again denied by some outstanding goalkeeping.

Full-back Lukasz Piszczek was given the alarming freedom of the right flank to pick out a cross. Eschewing the obvious, he cut the ball back to an unmarked Gotze, who curled the ball deliciously into the far corner of Hart’s goal.

At least, that’s what should have happened. Having skipped the pre-match script reading, Hart dived decisively to his right and hooked the ball to safety.

Massed behind the goal, the 2,800 Dortmund supporters uttered a collective profanity in disbelief.

For all his heroics, Hart was unable to stem the tide indefinitely. Rodwell, who by this point looked more out of his depth than Mark Corrigan at Rainbow Rhythms, gifted the ball to Reus, who flicked it home to give Dortmund a deserved lead.

The German side were rampant and City were being made to look distinctly second class. Another goal seemed inevitable.

It should have arrived minutes later. Steadying himself on the edge of the area, Gundogan whipped a shot that seemed pre-destined to kiss the postage stamp in Hart’s goal.

In the manner of a cat lunging towards an unsuspecting robin, Hart flung himself at the ball and tipped it away for a corner.

Despite his later decline, Hart never lost the ability to pull off spectacular saves like these.

Having weaved and beguiled the watching crowd, reality would hit Dortmund two minutes before the final whistle. Defender Neven Subotic was penalised for a cheap handball and Mario Balotelli tucked home the penalty.

This made the visitors even more frantic. Pouring forwards to clinch the winning goal, Lewandowski decided to go for glory himself with a powerful turn and wallop from outside the area.

We’re in danger of repeating ourselves here, but the shot arrowed towards the bottom corner and looked an inevitable goal. But, falling sideways, Hart used his last reserves of energy to nudge the ball around the post.

You can just about see the goalkeeper rest his head on the ground, possibly with exhaustion or possibly cursing his defence for their shoot-on-sight policy.

The match, which should have broken goalscoring records, finished 1-1. At the other end, Dortmund goalkeeper Roman Weidenfeller made his own string of saves, but the night belonged to Hart.

Mancini was in no doubt about the importance of his contribution. Speaking after the game, he said: “Joe Hart is incredible because he saved everything and we should say thank you to him.

“He did a fantastic performance. I don’t know if it’s the best performance in football history, but he did very well.”

He even won praise from Old Trafford – United captain Wayne Rooney tweeted: “Have to say Joe Hart has been incredible. For me best keeper in the world.”

Even at his peak, Hart was often respected rather than adored. His confidence was often misunderstood as arrogance and he wasn’t immune from a high-profile mistake or two.

But, against Dortmund nine years ago, he was simply spectacular.