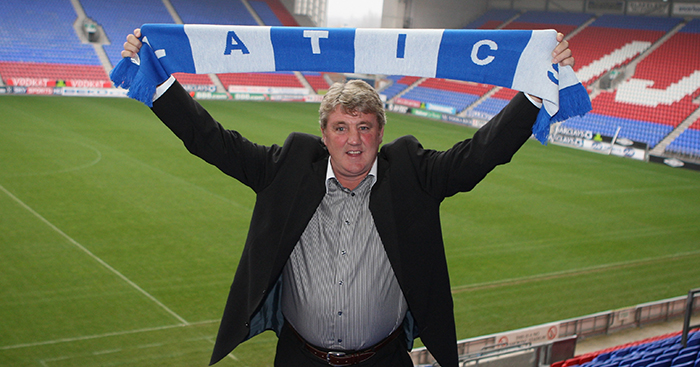 As Steve Bruce himself admitted, trying to convince players to move to Wigan Athletic can be a difficult task.

“English players don’t usually want to join us,” he told The Guardian in January 2009. “Apart from Lee Cattermole, who has been a great signing, English lads at other clubs aren’t generally queuing up to play for Wigan.”

Fortunately, Bruce found the answer to his problems: “The Brazilians don’t want to come and play for Wigan…but the Central Americans will,” he said in a separate interview with The Independent.

Bruce was speaking shortly before Latics were forced to sell Wilson Palacios, the player who kickstarted Bruce’s love affair with Hondurans

And it was all thanks to Arsene Wenger.

It was the Arsenal manager who first took a punt on Palacios, inviting him for a two-week trial in north London, but though he was impressed, there was no room in the Gunners’ midfield ranks at that time.

Instead, he recommended Palacios, who by that point had already won 40 international caps while playing for Olimpia, to then-Birmingham boss Bruce.

But Bruce didn’t need two weeks to be won over, withdrawing him after 45 minutes of a friendly against a local non-league side before signing the 23-year-old on loan on August 31, 2007, and duly comparing him to a young Paul Ince after only a handful of appearances. 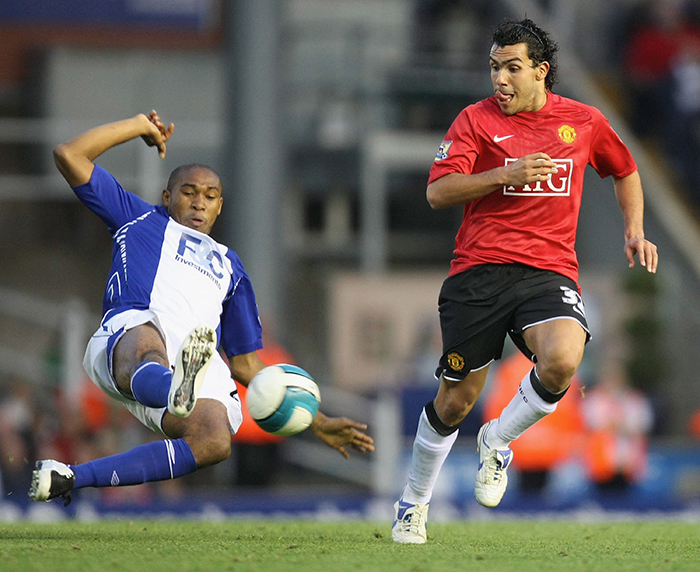 But only a few months into the 2007-08 season, Bruce left Birmingham to take charge at Wigan Athletic, and disaster struck for Palacios when his 14-year-old brother, Edwin, was kidnapped by armed gangs in Honduras.

Palacios returned home, but despite his family paying a ransom, Edwin would be found dead 19 months later.

“After the kidnapping, I wanted to quit football,” Palacios later told the Daily Star. “But I realised that my brother would have wanted me to keep playing.

“He loved football. So as a family we decided that I should continue.”

By the time Palacios returned to England, Alex McLeish had been installed as manager at Birmingham.

And having seen little of the player, the Scot did not stand in Palacios’ way in January 2008 when he was offered the chance of a reunion with Bruce at Wigan on a three-and-a-half-year contract.

Less than a week later, Palacios was joined at the JJB Stadium by a fellow countryman when Maynor Figueroa was signed from Olimpia following a short trial.

In the first half of the season, Wigan had been beaten 12 times and were in serious danger of relegation. But in the second half, as Palacios and Figueroa began to establish themselves in the side, they improved vastly and eventually finished a comfortable 14th.

They improved again the following campaign, finishing 11th, during which the club was represented by players of 16 different nationalities, also including Ecuadorian Antonio Valencia and Colombian Hugo Rodallega.

Not that it was down to a particularly forensic scouting operation.

“It’s nothing like that really,” Bruce told The Guardian. “It more or less fell into place by accident.

“We were very happy with Wilson and as a result of that transaction we made a couple of good contacts in Honduras and that part of the world generally.

“So now if we get a tip or a recommendation we check it out. I suppose you could say we are scouring Central America for more, or at least people are scouring it on our behalf, but it’s only because we know where to go and who to talk to.”

And so began Bruce’s own Wenger-effect on the rest of the Premier League as Hondurans began appearing in the competition more frequently.

Palacios’ performances earned him a £13million move to Tottenham, who he helped reach the Champions League quarter-finals, starting in their famous 1-0 win against AC Milan in the San Siro.

And as the manager moved on to Sunderland, his former clubs continued to plunder the country using the contacts Bruce had helped establish.

Bruce himself had first tried to sign Hendry Thomas for Wigan, again from Olimpia, only for the midfielder to be denied a work permit. But just a couple of weeks after Roberto Martinez took over at the JJB Stadium in 2009, the Latics were able to push through a deal for a player who had since become a regular in the international side. 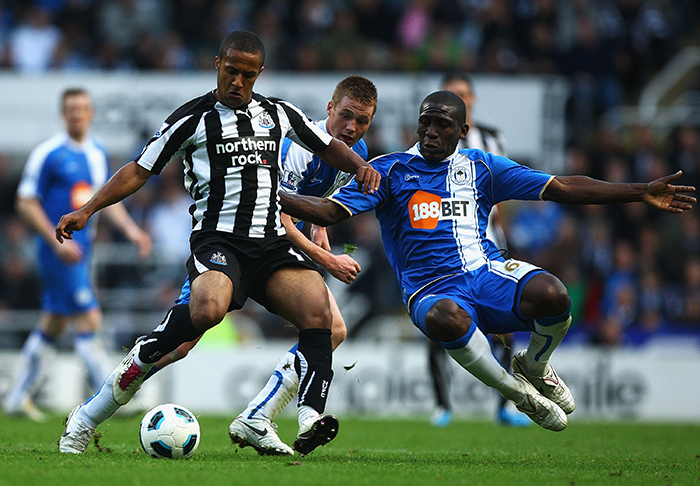 Come 2010, Martinez was hailing the midfielder’s influence on the side.

“I haven’t been surprised at all by Hendry’s form this year, because I know exactly what he is capable of,” he told the Wigan Evening Post.

“But it’s been so good to see him enjoying his football and showing such a high level of consistency. The way he has adapted to the Premier League this season has been quite remarkable.

Two more Honduran internationals would later arrive at Wigan in Roger Espinoza, who started the 2013 FA Cup final as the Latics shocked Manchester City, and Juan Carlos García, who sadly passed away in January 2018 after a battle with leukemia.

Birmingham, meanwhile, signed Carlo Costly on loan as they aimed to win promotion back to the Premier League, though he left after only eight league appearances. Fittingly, he can now be found plying his trade for Olimpia.

Even Palacios’ younger brother, Jonny, was the subject of interest from Sunderland and Wigan, only for a transfer to fail to materialise.

Like many romances, Bruce’s relationship with Honduras fizzled out – although he did re-sign Figueroa after winning promotion with Hull City – but his influence on those players always remained.

As Palacios told The Independent in 2009: “It’s been in my mind every match to do my best so everybody can go up to Steve and say, ‘You brought Palacios here, and he’s a good player.'”