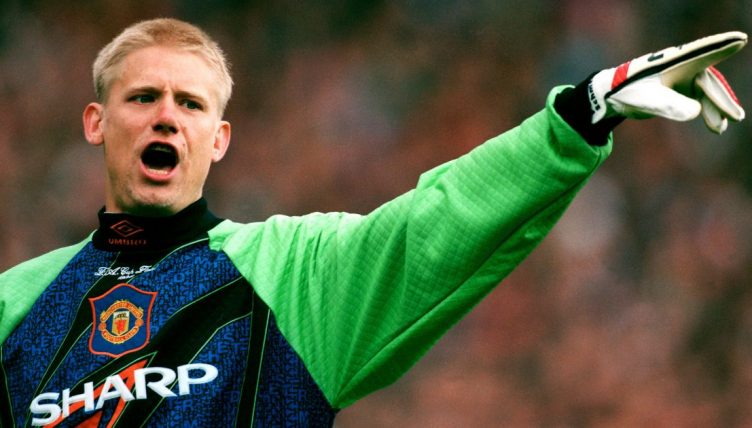 Peter Schmeichel was one of the best goalkeepers in the world during his stint at Manchester United – and not just because of his ability to keep the ball out of the net.

If you were playing against United in the 90s, you were always one step away from being in significant peril. Even when you were on the attack, you weren’t safe.

This was because, in Schmeichel’s throws, they had a weapon capable of turning defence into attack in the blink of an eye.

We’ve seen goalkeepers like Jordan Pickford launch counter-attacks with monstrous kicks, covering 70 yards just like that. However, that process requires a ‘keeper to gather the ball, set himself and then time the release perfectly.

Schmeichel’s main weapon was made that bit more impressive by the fact that it came with almost no warning. One minute you’d be lifting the ball into the box for forwards to attack, the next you’d be reflexively turning your head to catch its flight as it was sailing 50 or more yards in the other direction.

The deliveries were powerful enough to feel beyond the capabilities of mere mortals, but as far as Schmeichel was concerned it was just a natural product of a man who could be relied on to do things others couldn’t.

If he could make himself look seven feet tall and eight feet wide by just spreading his arms into a trademark star jump, surely he’d be able to launch the ball further than any normal-sized human being could.

It wasn’t just a case of throwing it far for the sake of it, either. With proper touchline-hugging wingers at their disposal, United could benefit from finding space to do real damage. And Schmeichel did just that.

We saw it in action in a victory at Bolton in the 1995-96 season: after claiming a potentially messy ball into the United box, the Dane had no plans to sit back and wait for the crowd to disperse from his penalty area. Not when there was an attack to be started.

Rather surprisingly, Schmeichel has only three recorded Premier League assists to his name. At least one of them came from a trademark throw out.

It came in a game best remembered for a very different goal – Eric Cantona’s famous chip over Sunderland goalkeeper Lionel Perez – but United’s third goal against the Black Cats had nothing to do with the Frenchman and a lot to do with the quick thinking of the man in the home goal.

Collecting a simple ball more or less back on his goal-line, Schmeichel didn’t quite have the momentum to send the ball rocketing towards the other area, but he didn’t need to. As always, his throws were never about distance for distance’s sake.

This time, the destination was the halfway line, where Ole Gunnar Solskjaer already had some momentum of his own. The Norwegian needed just one touch to prod the ball past defender Dariusz Kubicki, and just a few more to run through unchallenged and slot the ball beyond Perez.

The ball for Solskjaer demonstrates that, while a Schmeichel long throw could be devastating, it was anything but a uniform concept.

He could use all his might to power the ball from his arms as if starting a pinball game, or he could squeeze out a ball which somehow travels further than plenty of people could kick it, let alone throw.

We know what Schmeichel was like as a goalkeeper, adopting his none-shall-pass approach with runs at the feet of forwards, each one so penetrating it felt as though he had entered their dreams. And when you saw some of his saves, arriving at the ball so quickly it felt like more than just reflexes, maybe he did.

Like any good end boss, he was daunting not just for the ways he stopped your own attacks, but the manner in which he turned your own weapons against you before you even realised he was doing it.

We don’t think of it as a superpower, but maybe we should.