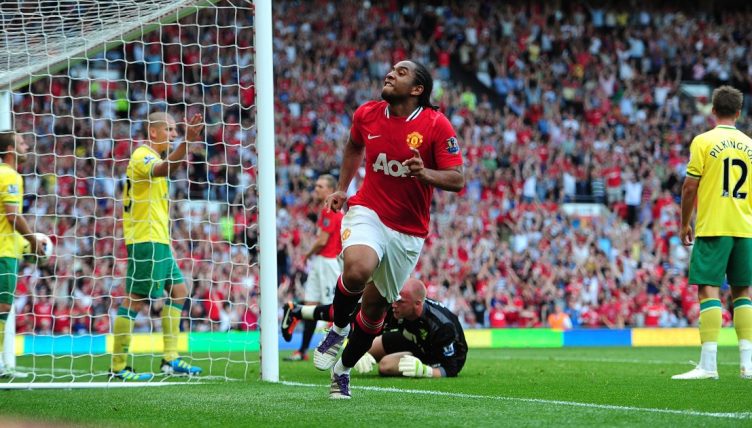 It’s easy to forget that before signing for Manchester United in 2007, Anderson was regarded as one of the brightest young talents in world football.

With hindsight, that acclaim may seem absurd, but at the time it made sense. After all, this was a player who had won the Golden Ball at the Under-17 World Cup and become a teenage sensation for Gremio.

It wasn’t long before Anderson started receiving interest from outside of Brazil, and in 2006 he earned a move to Europe with Porto.

After being given the No.10 shirt, Anderson quickly began to show why he was so highly rated: he was an excellent dribbler with an eye for goal and brilliant passing range.

His rise was complete when the teenager made his Champions League debut in September, but a month later he broke his leg just as his career was getting up and running.

He had still done enough to attract the attention of some of the biggest clubs from across Europe, however, and links with Real Madrid and Chelsea began to emerge. But it was Manchester United who acted first. 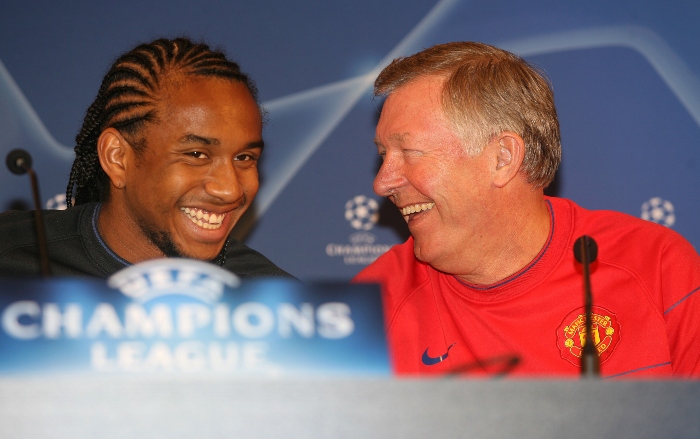 Read: Ranking the 17 South Americans to play for Man Utd in the Premier League

Sir Alex Ferguson’s brother Martin had watched the talented Brazilian in action and returned to Manchester with a glowing scouting report.

“When his recovery was over, I sent Martin over to watch him in every game for four or five weeks,” Alex Ferguson wrote in My Autobiography. “Martin said, ‘Alex, he’s better than Rooney!’

Ferguson didn’t hesitate and wasted no time in bringing the promising midfielder to Old Trafford for £27million in 2007, and Anderson now had the chance to prove himself on an even bigger stage.

During his debut season, Anderson showed early signs of promise in a Red Devils shirt, and he was tipped to be the natural replacement for an ageing Paul Scholes.

And he quickly endeared himself to the Manchester United supporters with his style of play. Never afraid to showcase his skills, he loved to entertain fans with his technical ability, but he also had the pace, strength and energy to take players on and drive through midfield.

His standout performances in his debut season saw him outplay Cesc Fabregas and frustrate Steven Gerrard. United looked to have unearthed another star.

The midfielder had slowly settled into English football and made an impressive 38 appearances for the club in 2007-08 as United won the Premier League and reached the Champions League final.

Anderson found himself on the bench for the final against Chelsea, but he was brought on as a substitute in extra time as the game headed to a penalty shoot-out. Less than a year after making his big move to England, he stood in the pouring Moscow rain waiting to take United’s sixth penalty in the biggest club game in the world.

While many 20-year-olds would crumble under the pressure, Anderson stood over the ball with the confidence of a man 10 years his senior and fired it past Petr Cech.

After Edwin van der Sar saved Anelka’s spot-kick, United, and Anderson, were European Champions. His first season had become the stuff of dreams.

Anderson’s form even saw him win the prestigious Golden Boy award in 2008, following in the footsteps of Wayne Rooney, Lionel Messi and Sergio Aguero.

He continued to develop in his second season as he starred against Arsenal in the Champions League semi-final before starting against Barcelona in Rome.

Anderson had the world at his feet, seemingly destined to become one of the best midfielders in the world.

But things didn’t quite work out as planned.

After a successful first two seasons at Old Trafford, Anderson began to suffer with niggling fitness issues and later had a knee ligament injury that ended his season prematurely.

And as he struggled to get back to full fitness, questions were raised about his work ethic and attitude, becoming the subject of mockery about his weight.

“He was very talented, was Anderson,” Michael Owen told SportsJOE. “Without being too general, he’d have that Brazilian attitude. He was a pretty relaxed guy. Maybe too relaxed at times.

“He loved being out there with a ball at his feet but he did not bother about weights, or anything really. Him getting back from injuries was often a slow process.

“He was a really good player but if he had that driven mentality, he could have been great.”

When Anderson eventually returned, his importance to the United team had waned and his early promise and reputation now seemed like a distant memory.

He looked to have turned things around and re-established himself at the beginning of the 2011-12 season, and he started for United in their 8-2 win over Arsenal.

“I don’t think I saw one of our players make a mistake that day. After we’d scored six, I started to take the piss with the ball. The manager had to take me off,” Anderson later recalled in an interview with The Athletic.

That memorable 8-2 thrashing over Arsenal at Old Trafford 👏🔴 #MUFC pic.twitter.com/os6Pjl47Pl

“The boy is a fantastic talent. We expect him to be a key player this season. He has a good football knowledge. He understands the game very well. He has made tremendous improvement, and he is going to get a lot better,” said Ferguson.

“He scored four goals for us last season, and if he gets eight or nine next season, it would a huge asset because the football side is very good indeed.”

But injuries struck once more and Anderson found himself on the sidelines again.

Ferguson was known for being ruthless with players who didn’t match his high standards, but he clearly had a soft spot for Anderson.

Much of it was surely due to his personality. His injury problems would have disheartened most footballers, but Anderson was still a happy-go-lucky character who always had a smile on his face.

It was clear that he was loving every minute of his time in England. And that joyful exuberance ensured he became an incredibly popular figure in the dressing room and eventually a cult hero among United’s fans.

They may remember his penalty against Chelsea and performances against Arsenal, but it was his off the field antics and general tomfoolery that became the defining memories of his career.

Anderson had gone from a world-class talent to a lovable scamp whose faults you could always forgive.

But the writing was on the wall for the player when Ferguson retired in 2013.

David Moyes and Louis Van Gaal quickly ran out of patience with the midfielder, and he made his last appearance for United in their 4-0 defeat to MK Dons before being sold in 2015.

Anderson may have won four Premier League titles and a Champions League medal, but he only played 181 times for United over eight seasons and for various reasons was rarely a fixture in their midfield.

He left United at what should have been the peak of his career, but at 26 he found himself playing for Internacional in Brazil.

After a spell with Turkish outfit Adana Demirspor, the former Golden Boy has now retired from football with his reputation in tatters.

Still, he might not have reached the heights that he should have done with United, but he was always entertaining. And that’s how his career should be remembered.