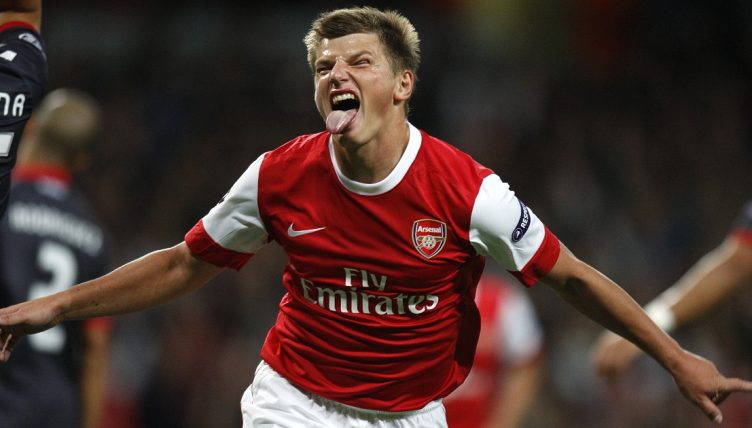 When Andrey Arshavin joined Arsenal in February 2009, he wrapped up one of those transfer sagas that seem like they’ll never end.

You know the ones: for years, Manchester United flirted with the possibility of signing Wesley Sneijder, while Tottenham had a similar arrangement with the mythical Leandro Damiao.

Arshavin was Arsenal’s own tantalising mirage, a prospect you knew would be abandoned in favour of a teenage Frenchman.

So when the £15million deal was eventually confirmed — overcoming obstacles like wage demands, deadlines and even Vladimir Putin — Arsenal fans were justifiably excited.

Arsene Wenger said the 27-year-old could “play everywhere, like all great players”, and the Russian himself seemed equally excited. 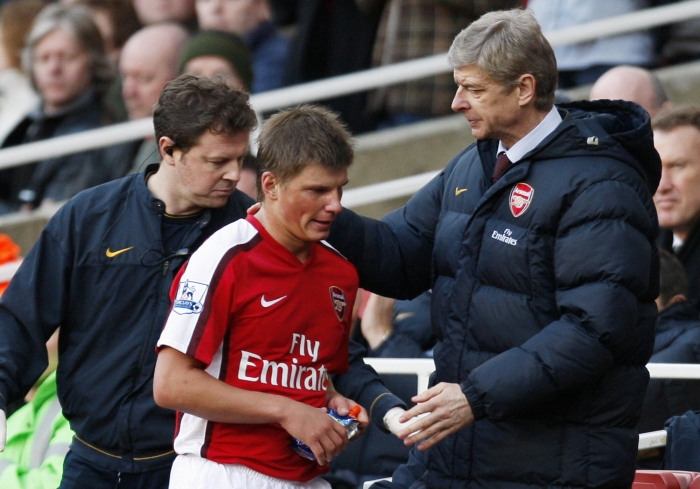 Arsenal liked him back. For a short while, the new signing looked capable of joining the north London greats whose huddled bodies adorned the outer walls of the Emirates Stadium.

Here was a player suited to Wenger’s possession football: a two-footed technician who could dribble, pass and score; a quiet superstar who, if used the right way, could perhaps return Arsenal to their domestic dominance of five years prior.

Fast forward 10 years, and it would be very surprising to see ‘Arshavin, 23’ painted on the curved facade of Arsenal’s stadium. In fact, even if that gang of 32 players was expanded to 100 or so, the Russian would surely struggle to make the cut.

But does that make him less worthy of tributes? Not at all.

Midway through the 2008-09 season, the Gunners were visibly suffering from injuries to Cesc Fabregas, Theo Walcott and Tomas Rosicky. When Arshavin made his debut, they had scored just one goal in the last three games.

It took the Russian a few matches find his groove, too.

When he did, however, it was a sight to behold, and his first goal for the club was an absolute peach. Collecting the ball on the left flank, he evaded Blackburn’s Danny Simpson with a sweet step-over. Then, from a tight angle, a delightful lofted finish.

At that point, few would have bet on Simpson one day winning the Premier League and Arshavin failing to do so.

But though Arshavin bagged a healthy two goals and five assists in his first seven starts, it wasn’t until his eighth that he truly announced his arrival.

For better or worse, that eighth game was not only the high water mark of Arshavin’s Arsenal spell but the moon-sized spectre that would eventually eclipse every other aspect of it.

As time goes on, larger and larger stretches of the Russian’s career will get ignored in order to focus on that one game at Anfield — 90 minutes in which Arshavin scored, scored, scored, then scored again.

In fairness to those of us who didn’t follow Arshavin’s Zenit Saint Petersburg career with the keenest eye, there are good reasons to remember that match above others.

Anfield was the setting; Liverpool the opponent. Three times Arsenal took the lead; three times Liverpool came back to equalise. The final score? 4-4, with neither side having too many complaints.

But while Fernando Torres and Yossi Benayoun shared the goals for Liverpool, Arshavin bagged all four for Arsenal — two with his left foot, two with his right.

His second, pinched from a floundering Alvaro Arbeloa and lashed in from range, was the goal of the game.

A game you’ll never forget, and it brought us a memorable #PL goal from Andrey Arshavin 💥#LIVARS pic.twitter.com/44M8MuDAg7

Nine years later, Arshavin reprised his four-finger celebration for a BBC video during the World Cup in Russia — appropriate for the British audience, no doubt, but also indicative of how three and a half years in England produced few moments as memorable as that night at Anfield.

Arshavin was a victim of Arsenal’s mental and physical deficiencies under late-period Wenger, and he eventually faded away, forced to play out wide while he craved the freedom of a central role.

The mediocrity around him didn’t help either. Instead of bringing in more players of the Russian’s calibre, Arsenal diluted their squad every year until he left. 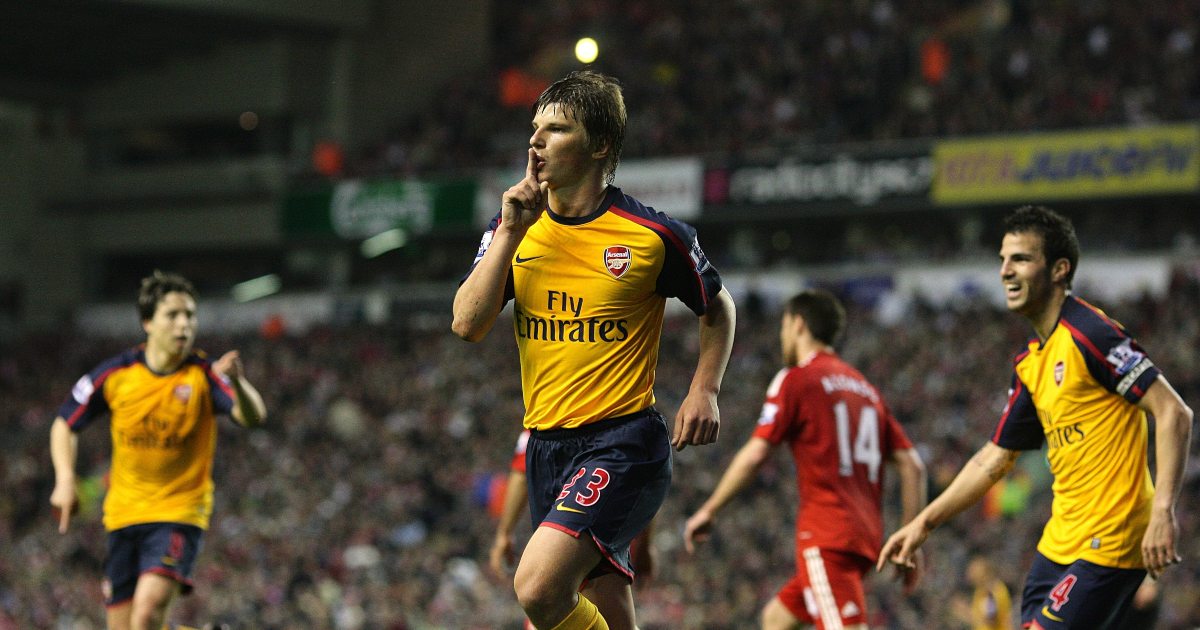 “He was very closed in the dressing room,” Almunia said. “He really wasn’t open to us at all, and I think he wasn’t happy in London.

“When you have a problem in your life, I think it helps if you have people around that you can talk to and share your problem with.

“If you can share the things that are happening in your life, then in the end you feel better. But Andrey was an introvert.”

And yet, despite that introversion, Arshavin was eccentric in other ways.

He is perhaps the only captain of a national football team to hold a degree in Fashion Design, and his passion for draughts and chess have become folklore.

Even more famously, the Ask Arshavin Q&A on his personal website was a source of comedy and genuine intrigue during his Arsenal years.

“As for the infinity of the universe, two satellites (Russian and American) have recently collided in space,” the playmaker once mused. “It seemed almost impossible in the infinite universe, but still it happened.”

Arshavin was a unique figure, but it’s easy to see why he might not have clicked with Jack Wilshere.

Even since retirement, the Russian has continued to showcase his weirdness. A week before Christmas, the married former player was photographed leaving a strip club on horseback. He is yet to shed light on the matter.

But while the horse incident could be a sign of Arshavin going off the rails, it’s worth remembering that, in an Ask Arshavin exchange in 2010, the attacker confessed to falling off a horse at a young age, an experience that made him forgo the activity ever since.

That he then rode a horse as a 37-year-old man — at a strip club or otherwise — demonstrates tenacity.

And despite his relaxed playing style, that tenacity was on show even throughout his difficult final two years in England, a time during which he continued to give his all in training without agitating for a transfer or more playing time.

Playing for Arsenal under Wenger was at times like falling off a horse into a pile of manure, but Arshavin, he of the four-goal haul at Anfield, always got back in the saddle.

For that, and for everything else, we should remember him fondly.