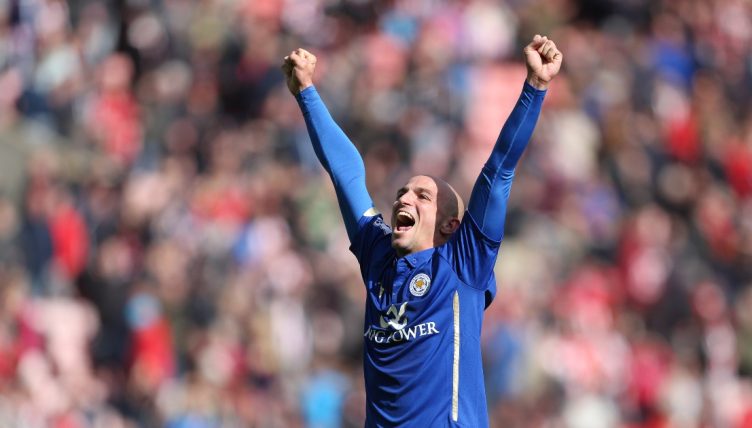 Esteban Cambiasso was never the obvious choice for an import who would thrive at a newly-promoted Premier League club, but he did all that and more in his year at Leicester City.

When Leicester City returned to the Premier League in 2014, there was little to suggest things would be much different to their relegation from the same division a decade earlier.

They might have won the Championship at a canter, but their summer signings weren’t the kind to fill people with tons of confidence. Leo Ulloa and Tom Lawrence were brought in to boost the Foxes’ attack, but the most eye-catching deal was the one that saw Ulloa’s compatriot Esteban Cambiasso move to the East Midlands.

Cambiasso had never played in England before, and he hadn’t played anywhere that wasn’t Inter Milan for a full decade.

The Argentine played more than 400 games for Inter, and was on the books of the Italian club when he rounded off one of the finest ever World Cup team moves against Serbia & Montenegro in 2006.

Still, a defensive midfielder, who had turned 34 a couple of weeks before joining – was this really what Leicester needed? Could he really gel with a Nigel Pearson squad? As it turns out, the answer to both questions was a resounding ‘yes’.

Cambiasso’s arrival was greeted with references to plenty of other out-of-the-blue arrivals, from Youri Djorkaeff’s Bolton stint to Attilio Lombardo joining Crystal Palace.

However, a lot of these were attack-minded players whose impact could be quantified far more easily than a man who was never picked for his scoring ability. Even if Cambiasso ended up thriving, it wouldn’t matter if the goals didn’t arrive from elsewhere.

It was strange, then, that his first goal arrived in the sort of game that couldn’t be more different from the sensible, solid football he had provided under Jose Mourinho en route to winning the Champions League with Inter.

Leicester and Manchester United had already exchanged five goals by the time Cambiasso pounced to turn the ball home after a Jamie Vardy miscontrol, but if there was ever any doubt about his commitment to his new club then that vanished the second you saw the passion that went into the celebration.

ON THIS DAY IN 2014 – Leicester City Iconic Premier League fixture:

Cambiasso’s final tally of five goals was more than he managed in any of his final three Inter seasons, but none were more important than his strike against West Ham in March.

Leicester had dropped seven points adrift of safety with a 4-3 defeat to Tottenham, and it could have been an excuse for some of their players to down tools after recognising an already tall order was on the verge of morphing into an insurmountable task.

Indeed, if you wanted to resort to cliche, the close-to-retirement South American with a Champions League title to his name would surely have been the hot favourite to decide this wasn’t for him. Yet Cambiasso was one of the main reasons the Foxes kept fighting.

Early in the game against the Hammers, he let fly with a belter of a left-footed shot so pure it felt as though it represented the way he sought to dig the team out of the hole it had got itself into.

It was if he was saying, ‘We don’t need to give up,’ looking at the way his compatriot Carlos Tevez helped wrest West Ham from a similar position after his own 4-3 loss to Spurs in 2007.

With one swing of the boot, he loudly told the Premier League, ‘No, I’m not done yet.’

“I think the most important trophy is that Leicester City play next season in the Premier League,” Cambiasso said upon receiving his Player of the Year award at the end of the season, having helped the club pick up 22 points in their last nine games to climb from last to 14th, staying up with a game to spare.

“I’m more of a team player than a star and I like the group trophies more than the individual trophies.”

He opted to turn down the option of a contract extension despite having, in his words, “lived one of the most important years of my career”.

Little did he know that, if he’d stuck around, the next year was poised to be even more special.

However, when Wes Morgan and his Leicester team-mates lifted the Premier League trophy in 2016, they’ll have known none of it would have been possible without Esteban Cambiasso giving them the platform to thrive.