A tribute to Park Ji-sung, the battery in Man Utd’s winning machine 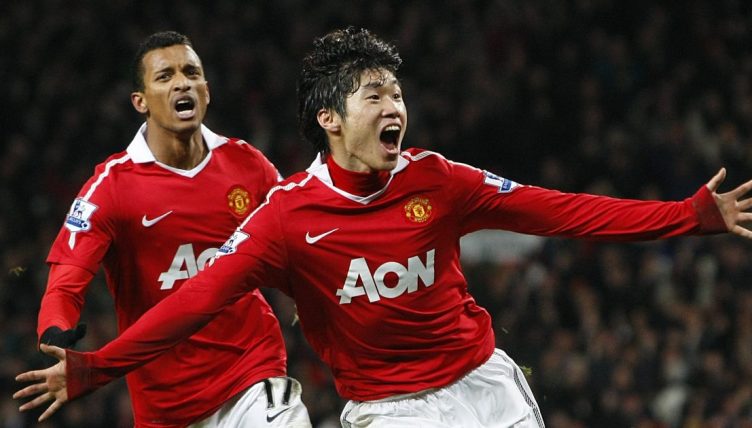 When Patrice Evra recently named Park Ji-sung in his ultimate team-mate Xl, a lot of people may have been surprised. When you consider some of the players Evra played with during his career, it was one hell of a compliment.

However, Park never got the credit that he deserved during his seven years in Manchester and his influence on United’s success clearly was not underestimated by his team-mates.

Park first started to catch people’s attention at the 2002 World Cup where he helped South Korea reach the semi-finals. And he made such an impact on Guus Hiddink that when he left the national team job to return to club football with PSV, he took Park with him.

The midfielder’s stock continued to rise in Holland, and he was nominated for UEFA’s ‘Best Forward’ award in 2005 alongside Ronaldinho, Andriy Shevchenko, Samuel Eto’o and Adriano.

Later that year, Park moved to England and joined a Manchester United side looking to rebuild amid Jose Mourinho’s dominance at Chelsea.

But despite his achievements and obvious talents, some pundits still lazily suggested the move was nothing more than a far east marketing ploy and a publicity stunt.

However, those unfounded and ignorant assumptions were soon replaced by thoughts of amazement and admiration when Park stepped on to the field.

Park’s performances completely altered his media perception and people were quickly won over by his endless energy, brilliant attitude and strong determination to win the ball back.

The midfielder embodied what every fan wants to see in a footballer: someone who is happy to sacrifice his own game and any chance of personal glory to enhance his team’s chances of success.

Park even earned the nickname “Three Lung Park” from United supporters due to his exceptional work rate and ability to run throughout the entire 90 minutes in every game.

Of course, he was so much more than just a great tackler and a workhorse, but his willingness to do that was something that fans, team-mates and his manager deeply respected.

Park may not have always been a guaranteed starter for United, but Sir Alex Ferguson relied on him when a big season-defining game was on the horizon.

While some footballers may wilt under the pressure in the biggest games, Park always seemed to thrive in that situation, and he became United’s man for the big occasion.

Some of his finest performances came in United’s run to the 2008 Champions League final when he played every minute in the quarter-final and semi-final stages.

Park was arguably Man of the Match in both legs of their aggregate win over Barcelona as he put in two tireless shifts, once again covering every blade of grass for United.

“I used to think of him as the manager’s loyal soldier. Sir Alex would give him precise instructions and he would follow them to the letter,” Paul Scholes told The Independent about Park.

Park also developed a reputation for scoring goals when it mattered most, finding the back of the net against the likes of AC Milan, Liverpool and Chelsea during his seven years at Old Trafford.

However, it was Arsenal who always seemed to bring the best out of Park, with five of his 27 United goals coming against the Gunners.

In 2009, United were in the Champions League semi-final once again, and while Ronaldo’s two goals against Arsenal took the spotlight, it was Park who deserved the plaudits.

After getting United’s opener, he was also at the heart of United’s third goal, playing an essential and selfless supporting role.

The Korean started the move, began a powerful burst into the Arsenal half, found Rooney on the left flank and then let Ronaldo do the rest.

“The great thing about Ji-Sung Park is he’s one of the best professionals we’ve had here. He was truly fantastic, and particularly in big games. I loved playing him in the big games. His record against Arsenal, for instance, was fantastic,” Sir Alex said.

The United manager’s faith in Park for these key games spoke volumes about the player, as it took a lot to earn Ferguson’s trust, but the Scot knew that Park would never let him down.

Ferguson didn’t often pay opposition players the compliment of assigning them a man marker, but he felt like he had to make an exception in 2010.

Ahead of United’s games AC Milan in the last 16 of the Champions League, the Red Devils had identified Andrea Pirlo as the Italian’s main man due to his ability to dictate the game.

Fortunately for Ferguson he had the perfect man for the job and tasked Park with the sole job of stopping the midfield maestro from controlling things.

The tactic proved to be a stroke of genius as Park became Pirlo’s personal shadow, never giving the Italian a second to relax on the ball. Wherever Pirlo went, Park followed.

United’s energiser bunny hassled and harried his opponent throughout both games, and no matter what Pirlo tried, Park always seemed to be one step ahead.

The Milan midfielder was brilliantly nullified and wasn’t able to exert any kind of influence on either game as United cruised to a 7-2 aggregate win.

“Park must have been the first nuclear powered South Korean in history…he rushed about the pitch at the speed of an electron,” Pirlo said in his autobiography.

“They’d programmed him to stop me. His devotion to the task was almost touching. Even though he was a famous player, he consented to being used as a guard dog.”

"I'm sure Pirlo expected to wake up and see Park Ji-sung in his bed!" 😂

Those games became Park’s most celebrated performances and for once the praise and admiration was all aimed in his direction.

However, two years later and his United career was coming to an end as the underappreciated midfielder left Old Trafford to little fanfare in 2012.

In a team full of stars, Park was never going to be the headline act, but people shouldn’t forget that he played a vital role in a squad that dominated English football.