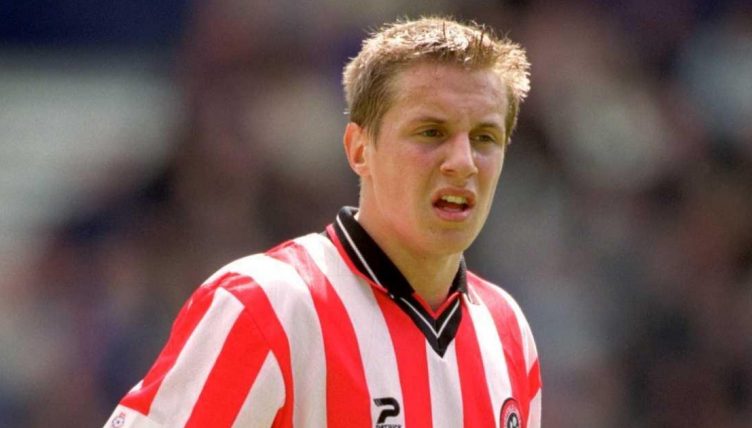 Phil Jagielka might not be remembered among the Premier League greats 20 years from now, but for both Sheffield United and Everton fans he will go down as one of their greatest modern-day players.

One-club players rarely exist nowadays in this period of quick bucks, but Jagielka has proven it is still possible to turn out for only two clubs in your career, having represented Everton with great distinction for 12 years.

A lot of loyalty has been involved on Jagielka’s part, but it also says a great deal about his ability to play at the top level that when he finally left Goodison Park approaching his 37th birthday in 2019, he remained in the Premier League with his first club, Sheffield United.

But it was in the second tier that Blades fans first got to see ‘Jags’ when the then-17-year-old played against Swindon Town in the final First Division match of the 1999-2000 campaign.

It soon became clear they had a real talent on their hands.

He signed his first professional contract the very next day and made 38 league appearances over the next couple of campaigns, but younger readers may be surprised to learn it was as a midfielder that he broke through and established himself. 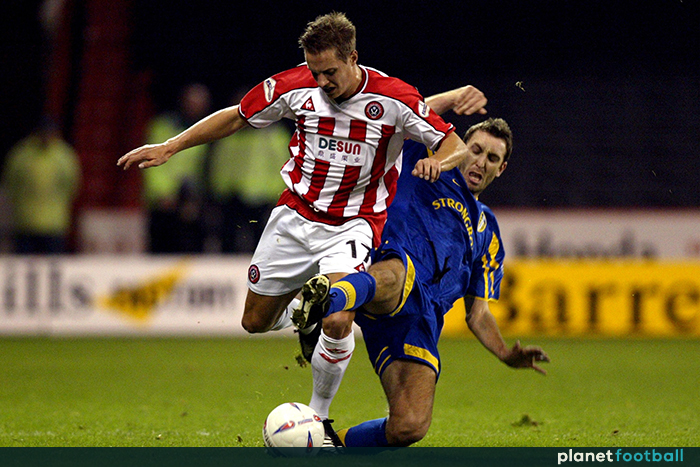 He was also deployed at right-back, centre-back and, remarkably, goalkeeper – more of that later – and Neil Warnock described him at various points as both “the new Patrick Vieira” and Gary Neville’s future successor as England’s right-back.

It was 2002-03 where he first started to catch the attention of those outside of Sheffield as the Blades came third in the First Division – losing to Wolves in the play-off final – and also reached the semi-finals of the League Cup and FA Cup.

Few fans will ever forget one of the two goals he scored that season, an unbelievable long-range bullet against Yorkshire rivals, then of the Premier League, Leeds United in the League Cup.

If you’re struggling to imagine Jagielka as a marauding box-to-box midfielder, just watch this.

Leeds were actually reported to have made a £6million joint offer for Jagielka and Michael Brown at the end of that season, and resisting interest from the Premier League became something of a theme over the next few years.

West Ham, Wigan and Bolton were all reported to have made £4million bids for Jagielka in 2005, but he stayed put and saw his loyalty repaid at the end of the 2005-06 season when United finally claimed a place back in the ‘promised land’ following a thirteen-year absence.

Jagielka was named Championship Player of the Year and was soon winning plaudits as a Premier League player too.

With the Blades having taken only two points from their opening six matches, Jagielka’s injury-time winner against Middlesbrough – remarkably similar to his goal against Leeds – will live long in the memory.

Not only was it another screamer, it gave the team the belief they could compete at the top level.

That result gave United the confidence boost they needed to push on, with further wins against Newcastle, Watford, Charlton and Wigan before Christmas ensuring they spent most of the season hovering clear of the relegation zone.

Jagielka continued to impress wherever he was deployed by Neil Warnock, but few would have predicted his next major contribution when he was forced to don the goalkeeper gloves for half an hour against Arsenal at the end of December.

He had actually done so on three previous occasions for the club – Jagielka’s efforts between the sticks on the training ground had convinced Warnock he did not need to name a designated keeper on the bench – but those stuck in the Premier League bubble will have been amazed by what followed next.

The Blades were leading 1-0 when Jagielka took the gloves from the injured Paddy Kenny, but with Robin van Persie among those in attack for the visitors, few would have expected the scoreline to stay that way

Yet remarkably it did, with Jagielka making a genuinely brilliant reaction save to deny Van Persie an equaliser in the closing stages. Centre-back, right-back, midfield, in goal – this guy could play anywhere.

Everyone loves seeing an outfield player go in goal! 🧤😍

Ahead of Sheffield United v Arsenal on #MNF tonight, we take a look back at when Phil Jagielka went between the sticks for the Blades as they beat the Gunners! ⚔

“I’ve always enjoyed playing in goal,” said Jagielka. “When we’ve had five-a-side before training at Sheffield United and the keepers are doing their training separately I would always go in.

“It’s not very often your goalkeeper goes down, but when you are playing Arsenal at home, you are doing well, you go 1-0 up and then Paddy Kenny pulls his groin and everyone looks at you, you cannot help but laugh.”

The win against the Gunners moved United up to 15th in the Premier League table and things were starting to look rosy, but a run of six defeats in 10 matches from the end of February to the beginning of May saw the Blades drop into serious trouble going into the final match of the season against Wigan.

Sadly, Jagielka’s contribution that day on what proved to be his final appearance for the club would not be a positive one.

Things were looking good on 38 minutes when Jon Stead’s header cancelled out Paul Scharner’s opener, but it was Jagielka that gave Wigan a chance to go ahead when he inexplicably handled a Kevin Kilbane free-kick to allow ex-Blade David Unsworth to convert a penalty just before half-time.

United dominated the second period as Wigan went down to 10 men, but the pressure wasn’t enough as they succumbed 2-1 and, combined with Carlos Tevez’s goal in West Ham’s narrow 1-0 victory over Manchester United, were relegated on goal difference.

However, while the Blades were heading back to the Championship, Jagielka remained in the Premier League as he left for Everton in a £4million deal that summer. 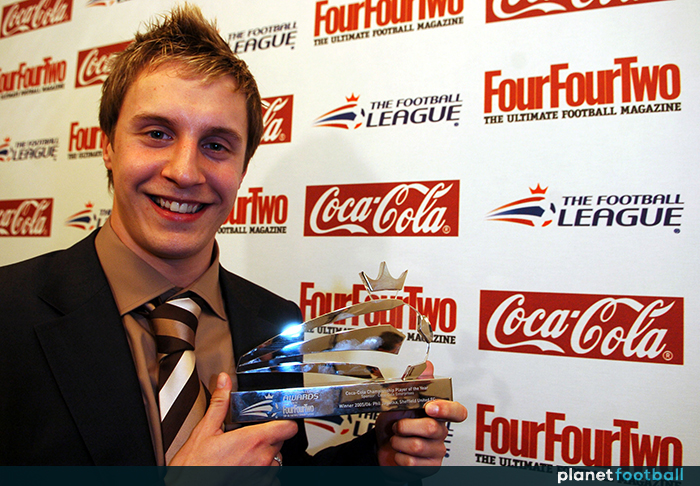 So much so, in fact, that in 2014 he finished joint second in a poll (behind Tony Currie, tied with Brian Deane) to determine the club’s best ever player. That’s how highly regarded he is.

When he eventually leaves Everton, he will surely be remembered with equally as much fondness. Captain since 2013, he has twice won the club’s Player of the Season award.

Just as Warnock predicted, he also established himself as an England regular, winning 40 caps and in 2015 becoming the first Everton player in history to captain the Three Lions.

He never lost his knack of a long-range thunderbolt either – his last-minute equaliser against Liverpool in the Merseyside derby in 2015 will live long in the memory.

So while few fans that don’t support Sheffield United or Everton are likely to fully appreciate Jagielka’s ability, his class and commitment deserve to be remembered by all.