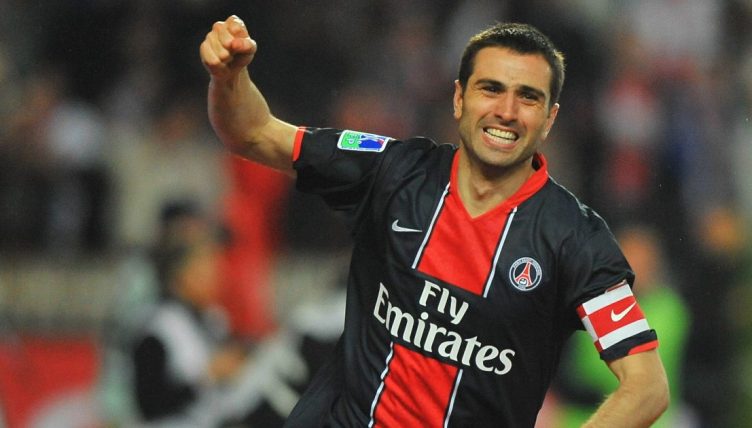 On April 25, 2004, the 59th Le Classique between Paris Saint-Germain and Marseille was taking place in the French capital

This was the meeting of France’s historical big two in a pre-Lyon world, but this match wasn’t some important watermark in the ongoing shift of power between these two powerhouses of French Football.

What it is remembered as – or at least it really bloody should be – is the game in which Pauleta scored that goal.

But that goal – as I’ve knowingly winked at you with italics to suggest – probably isn’t immediately coming to your mind. The name Pauleta may not immediately ring a bell either.

Indeed, I must profess to being someone who often forgets about a man who was once one of Europe’s most deadly strikers.

His name feels like it’s the answer to a pub quiz question you just can’t quite answer even though it’s on the tip of your tongue. But the man they dubbed The Eagle of The Azores was a ruthless finisher and well worthy of a celebration, here.

Pauleta was capable of the sublime and was a predatory taker of chances. And mention his name to Marseille defenders circa 2003-2008 and the response will be one of shuddering terror.

He scored six against them in his five years at PSG, including one in the Coupe de la Ligue in January of 2004 and a brace on the day in question: April 25, 2004.

A certain Fabien Barthez was in goal for Marseille. A man who was a World Cup winner, a European Championship winner, a Champions League winner, a two-time Ligue 1 winner and a man who was still widely considered one of France’s top ‘keepers despite an occasionally shaky spell in England in which he still managed to win two Premier League titles.

Here, though, none of that matters as he’s made to look a prime tit.

The curtain to this particular show is raised when Pauleta is played in by the gloriously-haired Juan Pablo Sorin. Barthez comes quickly off his line, as he’s done his whole glittering and decorated career, to greet the striker.

The pass is over-hit and bouncing away from goal. With the onrushing hairless bonce of Barthez headed his way, Pauleta opts to go around him, but his first touch isn’t quite good enough on this occasion, and Barthez has covered too much ground, so our hero is forced wide. Like, too wide. As in surely that’s too wide.

The opening goal remains one of the most iconic moments in Pauleta’s career at the club #onthisdayPA 2004pic.twitter.com/MpFXPezOOH

Barthez at this point backs away towards his six-yard box – he thinks his work is done. “There’s no possible way any bugger is gonna score from there!” he probably reckoned. “He’s too wide, surely, the daft bugger,” he again absolutely, definitely mused.

Pauleta is at the byline, outside of the 18-yard box in a left-wing position. No-one in their right mind is expecting anything other than a cut back for a team-mate or a simple possession-retaining pass. The Eagle of The Azores, though, cares not for your expectations.

Seeming to operate in a different time zone to everyone else, perhaps a different plane of being and sentience entirely, Pauleta slows down everything around him yet completely catches everyone involved totally cold by the speed of his thought, resulting in it all being over too quickly for them to do anything to stop it.

No sooner has he picked his mental spot then he has made it actual. He decides the only route to goal, from his frankly unfathomable angle, is to lob Barthez and the covering defender in one glorious fell swoop.

The result is magical; the finish is the feathered touch from the master painter to finish his greatest work. The light brush of the strings in the orchestra to complete the concerto.

Barthez admits defeat almost as soon as the ball leaves his eye-line. His inability to get off the ground should not be taken as anything other than knowing just how well he’s been beaten, the little hop of defiance at the end proving to be just that. The Eagle has landed and preyed on the vulnerable mouse.

Pauleta is often a victim of the recency bias which is symptomatic of the passing of time in all sport. The accepted truth that only the very exceptional are remembered with any clear recollection. That the brilliant, mercurial and occasionally sublime can sometimes get forgotten is a crying shame.

Pauleta maybe falls into that category, but one thing is for sure: Marseille and one Mr. Barthez haven’t forgotten him, and more importantly, neither have the congregation at the Parc des Princes. They f*cking love him.