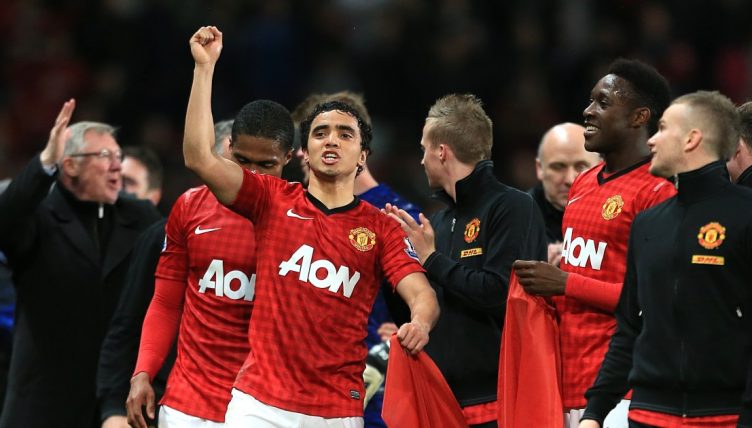 Every now and again, a player comes along who, while not necessarily the most talented in the squad, just seems to get the club. For Manchester United, at least for a few years, that player was Rafael da Silva.

The Brazilian’s appeal was different to that of a cult hero. A cult hero would make you laugh, whereas Rafael would leave you with a beaming smile.

He was in the team on merit yet played as if his spot in the United side was a privilege at almost every waking moment. No wonder so many fans cherished his presence.

Signed alongside his twin brother Fabio, Rafael made his debut in 2008 on the same day as another player signed from Brazil as a youngster, Rodrigo Possebon.

There’s a case for saying the game in question, a Premier League opener against Newcastle United, represented a high-point for long-term positivity in the Alex Ferguson era. The reigning European champions also handed a first Premier League start to Fraizer Campbell, who came close to scoring against the Magpies.

It looked as though the long-term future of the club was in safe hands. However, while Campbell and Possebon left Old Trafford without hitting 10 appearances for United, Rafael was there for the long haul.

He first played for the club in pre-season against Peterborough United, later telling ESPN: “It didn’t matter that it was a friendly. I knew then that I could play for the first team.”

That first season saw him play 27 times across four competitions, scoring his first United goal – and arguably his best ever for the club – in a league defeat at Arsenal.

Gael Clichy’s exasperated reaction upon seeing the ball flash past him speaks to all of us: how dare United have a teenager this good able to step right into the side when they’ve already just won the Champions League?

From the get-go, Rafael seemed to understand the gravity of playing for United without being overawed by the situation.

After watching countless players come through the academy and develop into international stars and trophy winners, by the time Rafael showed up there was no doubt about his ability to do the same.

United youngsters had no ceiling in 2008, yet there was still a difference between those who seemed destined to make it and those who looked more likely to move aside.

The sense of players “just getting it” might have been overstated, but that doesn’t mean you can’t tell when a player will fit better into one club more than perhaps any other, and not just for tactical reasons.

Even his lower moments, like his infamous red card against Chelsea in 2013, came when he was seen to be doing everything he could for his team. And ultimately, if you visibly give your all when things are going relatively well, you’ll buy yourself more time when that is no longer the case.

Obviously, it helps that bit more when you can be presented as fundamentally Not The Villain.

United’s dominance under Ferguson was season after season of what rivals saw as futile attempts to put a presentable face on evil, and what United supporters viewed as successful attempts to that end. As long as you convince yourself he’s on the side of good, you view all his actions through that prism.

Rafael’s decline at United can be traced almost directly to the retirement of the man he said early on “always speaks well and is always very supportive of [him and Fabio]”.

He played more times in Ferguson’s final season than in any other, but the arrival of David Moyes and then Louis van Gaal would see him lose his berth as a guaranteed starter.

When your team is winning and attacking at will, it’s much easier to find room for the kind of right-back who can scurry up and down the field for 90 minutes, nipping at the heels of those around him and trusting himself to always get back in position after the latest cross or shot. When you’re less adventurous or have more to lose, though? That calls for an Antonio Valencia type.

“With Sir Alex Ferguson he always tells you to attack,” Rafael told Stretty News in 2019. “Of course, we had games when he’d tell me to be careful and not get too forward. But he would never say, ‘In this game we’re going to defend.'” The same wasn’t exactly true after May 2013.

Rafael played in half of United’s league games under Moyes and just 10 under Van Gaal, failing to add to his five career goals for the club. Sometimes giving your all isn’t enough if there isn’t anyone who believes in you enough to deliver the right kind of positive reinforcement.

My favourite picture from today (and possibly ever):

Rafael wearing a tshirt with him and Fergie on it. "Thank You" pic.twitter.com/ttsJgR8jJv

Not that the fans ever gave up on him.

Rob Smyth noted in 2016 that Rafael was one of a handful in his generation to visibly want to play for the club, recalling how he “single-handedly defended United’s honour against City and Liverpool by picking fights with Carlos Tevez, Lucas, Martin Skrtel and others”.

For a fanbase that grew up watching the likes of Eric Cantona and Roy Keane, a willingness to fight for the cause – be it mentally or physically – was always key to the point that it would be enough to earn you goodwill regardless of whether things were going well around you. If you were losing, you were fighting to regain your honour, whereas if you were winning you were fighting to cement it.

If you played regularly for any United team of that era, people knew you had quality – that came with the territory. What mattered was what happened when that quality wasn’t shining through, and this is why Rafael was able to leave his mark more than almost anyone who has followed.

His decline makes things that bit easier for the support. Nostalgia for the good old days under Ferguson isn’t about to go away so it makes sense to latch on to a player whose peaks and troughs can be slotted either side of that thick felt-tip line marked ‘Fergie’s retirement’.

It ensures you can forever have the imperfect version, allowing you to praise the positives without ever reaching a point where unironed kinks become a frustration to which you need to lend much weight.

It may be the case that the 2012-13 season would have acted as his pinnacle with or without the manager’s exit, but when your team sees its dominance come to an end there’s nothing wrong with romanticising a potential you never got to witness.