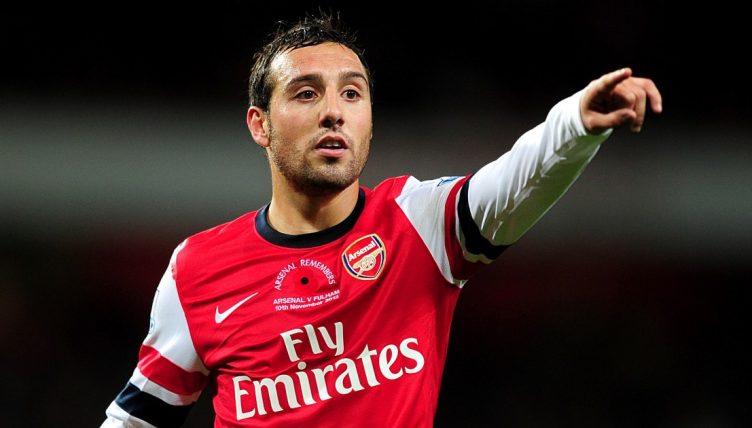 When Arsene Wenger signed Santi Cazorla in the summer of 2012, few thought much of it. Six years later, he left Arsenal as one of the manager’s greatest signings and one of the fans’ most beloved players. And he could’ve been so much more.

That same summer of 2012, Robin van Persie was set to leave for Manchester United and all anybody cared about was who would be signed to replace him. Lukas Podolski and Olivier Giroud were eventually handed the unenviable task.

Considering the Dutchman ended up leading United to the title and scoring more goals than Podolski and Giroud combined, it could very well have been regarded as a poor transfer window. Thanks almost entirely to the signing of Cazorla for what now looks like an absolute bargain of £15million, it would go down as one of Wenger’s best.

The first task for every new signing is to win over their new club’s fans. Podolski and Giroud failed to do so on their debuts, with both unable to find the back of the net in a 0-0 draw against Sunderland, but Cazorla immediately impressed.

With Alex Song signing for Barcelona and injuries keeping Aaron Ramsey and Jack Wilshere out, the Spaniard was tasked with being the team’s creator-in-chief. He rose to the challenge and then some, creating numerous chances that his team-mates failed to convert, earning Man of the Match in the process.

After Arsenal was held to another goalless draw against Stoke, Cazorla adopted the age-old philosophy of if you want something done, do it yourself.

In the next game, against Liverpool, he claimed his first assist, putting the ball on a plate for Podolski. Just over half an hour later, he got on the scoresheet himself with the help of a howler from compatriot Pepe Reina. Not that he cared. Three games in, he’d already got a goal, an assist and a Man of the Match award. Not too shabby.

The last time Arsenal beat Liverpool away was a 2-0 victory in 2012 which was the 3rd game of the new Premier League season. New signings Cazorla and Podolski scored.pic.twitter.com/SbjvIyWfZR

If you want to earn the unconditional love of the Arsenal faithful, there are few better ways to do so than by performing against their rivals, and that’s exactly what Cazorla did next.

First, he scored a beauty at Old Trafford. He then followed it up with a goal and an assist, the latter of which was absolutely glorious, in the North London derby two weeks later.

Other highlights of his first season included a hat-trick against Reading, a double against Aston Villa and four assists in a crucial game against Wigan that secured them Champions League football. By the end of it, he had featured in all 38 games, got 12 goals, 14 assists and was unsurprisingly named Arsenal’s Player of the Season.

If he had played in a better side, he would have undoubtedly made the league’s Team of the Season and even been in contention for the accolade of Best Player. Unfortunately, being dragged down by the struggles of his team would become something of a recurring theme for the man who had been dubbed The Magician at the Emirates.

Cazorla had occupied the No.10 role in his first season at Arsenal. However, the arrival of Mezut Ozil ahead of the following campaign meant he’d have to adapt to different roles to stay in the team. Not a problem.

An ankle injury kept him out at the start of the season, but three games into his return, he scored his second goal against Liverpool to remind everyone of what of he was capable of. It admittedly took him a little time to get comfortable in his new position out wide, but by the turn of the year, he’d mastered it.

Three games into 2013 he put in a glorious performance against Fulham, scoring two goals, one with each foot. It sent ArsenalFanTV wild and had people desperately trying to figure out whether he had a stronger foot. We still don’t know.

There was little he could do to prevent the classic Arsenal capitulation that ended their title hopes. However, he did at least make sure they’d finish in their favourite position of fourth again, getting an assist in four of their last five games to do so.

What’s more, he was crucial in the FA Cup triumph that brought an end to their nine-year trophy drought.

He bagged his second North London derby goal in the opening round and followed it up with another against Coventry, but the undoubted highlight was his *ridiculous* goal in the final.

He’d already got Arsenal there by scoring the winning penalty in the semi-final shoot-out against Wigan. Now, they were 2-0 down against Hull and about to let him down again. He wasn’t having it.

Standing over a free-kick, he stepped up and sent the ball flying into the far corner to kickstart the comeback. It was one of the best goals Wembley has seen and one of the most important in Arsenal’s recent history.

In his first season, he’d been a No.10, and in his second he’d been a winger. In year number three at the Emirates, Cazorla was given yet another new role, and it’s the one that made us, and so many others, truly fall in love with him.

Ever since Cesc Fabregas left, Arsenal had been longing for a playmaker that could dictate the game and single-handedly drive their team forward. Many had hoped Wilshere would step up, but sadly he was spending more time on the injury table than the pitch. Step forward, Santi.

After a decent first half of the season playing further forward, he took to the deeper position like a proverbial duck to water in what was arguably his best ever performance in an Arsenal shirt against Manchester City.

The club had a notoriously bad record away to big teams, so even their own fans expected them to lose. Such pessimism grew when it came to light that Wenger had set his team up with Francis Coquelin and Cazorla in defensive midfield. What was he thinking? Cazorla couldn’t defend and Coquelin was, well, not very good.

What followed was an absolute masterclass in counter-attacking football, and Cazorla was at the heart of it. Not only was he deadly from dead-ball situations, scoring a penalty and getting an assist from a free-kick, but he also nailed pretty much everything else.

He could pass, he could dribble, he could even tackle. It was the exact type of performance Arsenal had been crying out for, so unsurprisingly, Wenger kept him in that role. There, he was equally as impressive in the next game, getting a goal and two assists against Aston Villa.

📆 On this day in 2015, Santi Cazorla ran the show as Arsenal beat Man City 0-2 at the Etihad. pic.twitter.com/LYzaY3I8kg

He continued to run things for his side until the end of the season, which once again finished with Arsenal lifting an FA Cup and nothing else, and the rest of the country, therefore, failing to acknowledge the class of Santi Cazorla.

Still, things were looking up. The club had won two trophies in two years, they looked lethal going forward with Ozil and Alexis Sanchez, and Cazorla had found the perfect role for both them and himself. What could possibly go wrong?

After three years, Cazorla had become a key player at the club. If they could achieve more success, he’d surely become a legend.

And then came the injuries.

The first struck in November 2015 when, after starting the season in excellent form, a knee injury ruled him out until the final game of the campaign. In October the following season, he damaged his Achilles tendon and had eight operations. After that came a gangrene infection which was so serious that there was talk of amputation.

Eventually, it was cleared up, but the issue was still not fixed. Further surgery was required, which ruled him out of the 2017-18 campaign. With his contract up at the end of it, the club opted not to renew it, and his time in London was over. It was unquestionably a successful spell, but we just can’t help but wonder, what if?

What if he’d been part of a squad as good and as successful as those from the late ’90s and early 2000s?

Well, he may well have been added to the elite group of true club legends, up there with the likes of Henry, Bergkamp and Adams, achieving true immortality.

What if he hadn’t been plagued by what Arsene Wenger described as the worst injury he’d ever seen?

Judging by how good he was at Villarreal after finally recovering, it’s fair to say he could and probably would have remained Arsenal’s best player for many more years, continuing to run the show week in week out.

Instead, he’s remembered as a fan favourite who had no weak foot, was lethal from a set-piece and was just a really lovely bloke.

Sure, it’s a shame, but given that he smiles more in a minute than Roy Keane has in his entire life, we’re pretty sure that it’s enough for him.

TRY A QUIZ: Can you name Arsenal’s XI from Arsene Wenger’s first game as boss?