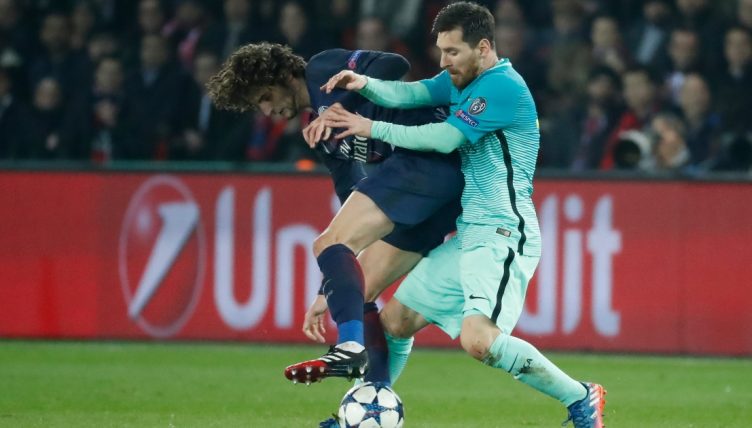 On February 14, 2017, Paris Saint-Germain beat Barcelona 4-0 in the Champions League. Adrien Rabiot didn’t score that night, but he did produce a moment to tell the grandkids about.

Angel Di María scored twice that night, with Julian Draxler and Edinson Cavani scoring one each.

Barca responded with a 6-1 victory in the second leg, of course, but Rabiot will always have that time he nutmegged Lionel Messi.

An hour into the game, with PSG already remarkably three goals to the good, Messi entered the doing everything himself stage of the match. Or at least he tried to.

The Argentine ran from deep, attempting to beat Blaise Matuidi before seeing a pass intercepted by Marco Verratti, who proceeded to nudge the ball free.

Rabiot got to the loose ball first, jump-spinning into space as if preparing for a roundhouse kick but then calmly landing.

At this point it might have been easier for the Frenchman to keep his position; while not the biggest or most robust player – if you could call any man over six feet tall ‘slight’ then it’s him – he would have had the measure of Messi had push literally come to shove.

Instead he decided to continue spinning, purely so he could do this…

As I’ve explained here before, nutmegging attacking players is far more satisfying than doing the same to defenders. Even if they don’t necessarily stand and applaud, you can sense them doing so silently and plotting new ways to pay it forward.

When you nutmeg Messi, you’re also nutmegging everyone Messi has himself nutmegged in the past. No one can claim to be immune from the latter – indeed, a long-retired Messi, well into his 70s, will be able to make most of us look like chumps – but the former gives you something to throw back in his face forever.

Add in the fact that it’s a drag-back nutmeg, and you’re pretty much set for life.

A first for Messi

It amounts to Rabiot and his team-mates playing a game of piggy-in-the-middle with the best player in the world with the ball at feet, and the expression on Messi’s face tells its own story about how rare it is to see this sort of thing.

He has never been used to chasing down, or at least to being the sole chaser-downer, and his usual on-pitch calm gives way to an almost animalistic instinct.

An on-song Messi, or even a Messi without the pressure of a three-goal deficit, would not allow himself to be nutmegged there or indeed anywhere. He would be tight on his man but not vulnerably so, or he would stand off enough to get a clear sight, but there’s no way he’d be out-thought or even out-instincted, depending on how generous you want to be to Rabiot.

You can see the switch flicking back almost in time, as if snapping out of an out-of-body experience.

Messi attempts to withdraw a boot, but not to block the ball; his movement is purely to avoid the shame of being nutmegged. He’s hoping that, by pulling out at the last minute, the PSG player still wins but he doesn’t fully lose. He fails. 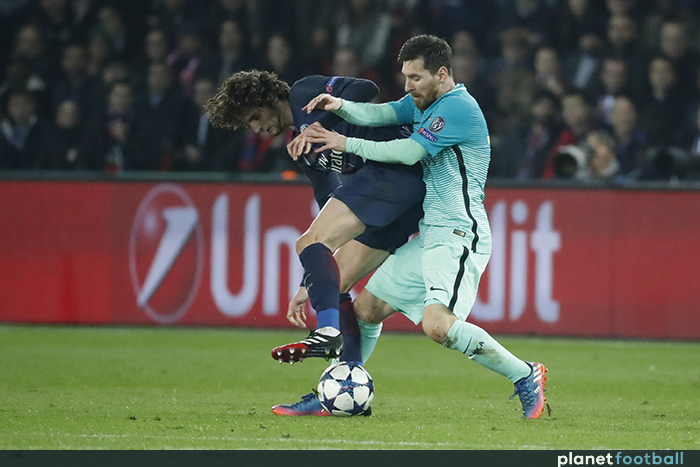 Now, there will be some killjoys out there arguing Rabiot shouldn’t have embarrassed Messi in this way; that the move was akin to poking an alligator or waving a red rag to a bull.

However, while Barcelona and Messi did produce a stunning turnaround in the second leg, this does not make Rabiot’s actions any less valuable or any less necessary.

Both of these schools of thought are unequivocally wrong.

If you’re in a tight game against Barcelona, you showboat because how many chances are you going to get to nutmeg Lionel Messi?

If you’re 3-0 up and cruising, you showboat because, and I can’t stress this enough, how many chances are you going to get to nutmeg Lionel Messi?