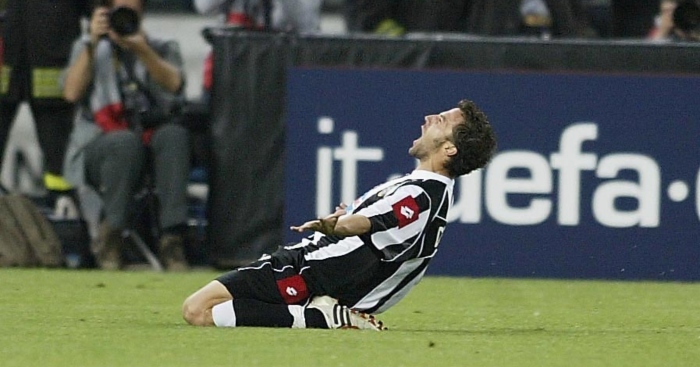 The Italian forward didn’t need to lift the ball into the top corner of Jens Lehmann’s net in the final minute of extra-time.

Time was up, and Fabio Grosso had won the game for Italy – the final whistle would surely blow before Germany had any chance to get the ball down the other end – but that didn’t really matter, did it?

Del Piero achieved a great deal during his time with Juventus, taking over as the club’s top scorer in that same year, and left the Italian giants holding the record by more than 100 goals – a margin which still exists to this day.

However, his presence as an effective one-club man – there were a couple of seasons elsewhere in his teens and late 30s – and some relatively late achievements in an Italy shirt means he perhaps only now gets the wider plaudits he ought to have earned during his playing career.

Roberto Baggio, Christian Vieri and even Francesco Totti thrived for the Azzurri at major tournaments, but Del Piero’s role was less prominent. As such, there may have been a feeling among some fans that he belonged much more to Juve than to his country. 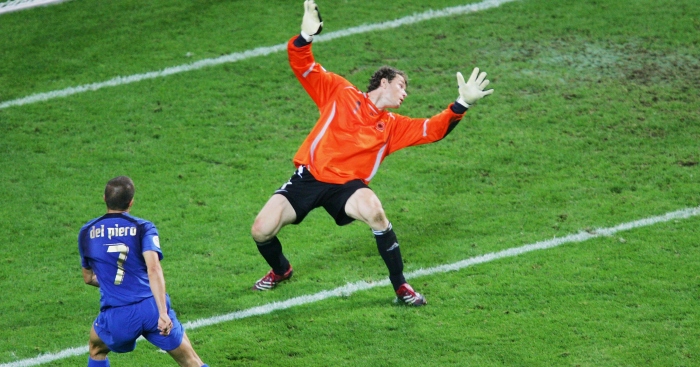 That said, Del Piero’s achievements for the Bianconeri were very special indeed, and when you return to one of his best goals for the club you realise how much sense the strike against Germany made.

Less than five minutes into a Champions League meeting with Real Madrid, Del Piero ran onto a pass from Vincenzo Iaquinta and found himself staring down the throat of Madrid goalkeeper Iker Casillas, but his version of staring down someone’s throat equated to landing M&Ms in the mouth of a sleeping colleague on the other side of the office.

You’d argue he took the shot too early if it wasn’t for that element of surprise almost certainly being responsible for the ball hitting the net before Casillas was able to move his feet.

It’s the same approach that helped him beat Lehmann in 2006, recognising there was no need to find out whether he had the yards in his legs when he could bypass the extra distance and still achieve what he wanted.

Del Piero vs. Real Madrid: Brilliant passing move and an even better strike past Casillas in his prime. Beautiful. pic.twitter.com/RfuF6co7s9

This was a man who couldn’t have been much more sure of his abilities if he tried, be it in Europe or in Serie A, scoring six goals during Juve’s run to Champions League glory in 1996 and following that up with some huge domestic seasons.

His 200-plus goals in a Juve shirt include 16 separate double-figure seasons and five in which he hit more than 15 in the league alone.

These weren’t all simple finishes, either – his 22 free-kick goals is a tally bettered only by Andrea Pirlo and Sinisa Mihajlovic, despite him having the likes of Zinedine Zidane and Pavel Nedved for company, yet he’s not considered a set-piece merchant to the same degree as the two men ahead of him in the standings.

One of the 22 came against Roma, just 11 days after the strike against Real Madrid, and left Doni with the same expression of defeat he imparted on the face of hundreds of goalkeepers over more than two decades.

It’s a mirage of a shot, one which looks within touching distance throughout, only for the keeper to find out in the most painful way that it never was.

Back to that goal against Germany, and – like so many of the other stand-out finishes – it’s easy to forget that it arrived in the second half of Del Piero’s career.

By the time he raced onto Luca Toni’s lay-off, he had played more than 300 times in Serie A and had more than 75 international caps to his name.

Indeed, that proved his final goal for his country, bringing up a total of 27 which feels too low and yet higher than you might have imagined.

Just three of Del Piero’s Italy goals came at major summer tournaments, and the strike against Germany was the only one to arrive in a knockout game.

This reinforces the Juve over Italy dichotomy and might offer an explanation if your own recollection of Del Piero does not leave him in the upper echelons of your memories.

Alessandro Del Piero might not have been the man at international level, and might not even have been the main man for his club at every single moment, but there’s a reason why he’s remembered so fondly in the city where he promised and delivered everything he could.