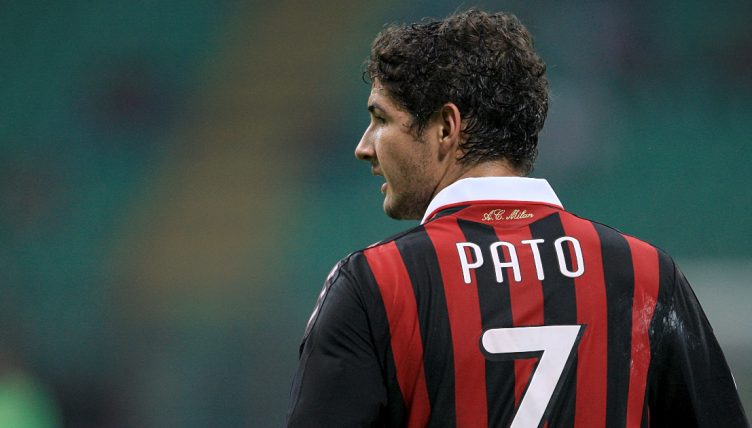 His career may not have panned out as expected, but Alexandre Pato was one of the most entertaining footballers of his generation.

Alexandre Rodrigues Da Silva, known as ‘Pato’, meaning ‘The Duck’, arrived at Milan in 2007 for a £24million fee, a massive figure at the time for a teenager from Brazil, but he was already one of the biggest talents in the world.

63 goals and 150 games later, injuries meant he moved on back to Brazil, before brief stints at Chelsea and Villarreal, eventually finding form in China and now the MLS, but it was his time at Milan which is worth remembering.

Drawing comparisons with a certain Lionel Messi at the time, Pato was a fast, technical forward, who had every kind of goal in his locker.

It’s also disrespectful to call him a goalscorer: he brought his Brazillian flair to Milan and was at times the most skilful player in a team with Ronaldinho and Kaka. High praise, but he was fully deserving of it.

Making his first-team debut for Internacional in Brazil as a 16-year-old in 2006, Pato scored in the very first minute of his first game, in a 4-1 league victory over Palmeiras with an outside boot finish on his right foot, where he also assisted two more.

Not many players have a professional debut anywhere close to that level of quality, and there was plenty more to come.

He would go on to score 10 goals for the club, helping them win the Club World Cup and broke Pele’s record of being the youngest ever goalscorer in a FIFA competition – at 17 years and 102 days. Pato started as Internacional beat Barcelona in the final, which put him on the radar of Europe’s top clubs.

The glory days at Milan

Following his big-money move, the Brazilian linked up with Carlo Ancelotti, joining a team full of Champions League-winning superstars. However, due to transfer regulations, he would have to wait until January to make his debut, where he scored against Napoli in a 5-2 win.

In the same year, Pato also scored on his Brazil debut, in a 1-0 win over Sweden. Later on in his career, he would remarkably score on his debuts for Corinthians, Chelsea and Villarreal.

His debut for the Rossoneri was a sign of things to come for him in the famous red and black. He would go on to score nine goals in just 13 league starts in his first season, but it was overall a disappointing year for the reigning European Champions as they finished a lowly fifth and were knocked out of the Champions League by Arsenal in the round of 16.

His second season was where things really took off for Pato. Ronaldinho arrived from Barcelona, helping to form a Brazil dominated front line, whilst stars David Beckham and Andrey Shevchenko joined on loan.

Pato was not overawed by these household names in the slightest, finishing as the club’s top scorer in all competitions, whilst wowing football fans everywhere with his sublime skill and pace.

Pato was also important in big games as Milan resurged to a third-place finish, scoring against rivals Inter and Juventus, and ended the season with 15 goals and eight assists in 27 league starts.

This would turn out to be his highest-scoring season at Milan, but Pato was never just about goals. He was one of the deadliest attackers in the world simply because of the different ways in which he could score. at 5ft11, he was not the most imposing forward, but was still an incredible aerial threat in the box, with his intelligent movement and high jumping reach proving a nightmare to defend against.

Pato went on to win the 2009 golden boy award as the best young player in Europe, following in the footsteps of Wayne Rooney, Lionel Messi and Sergio Aguero. 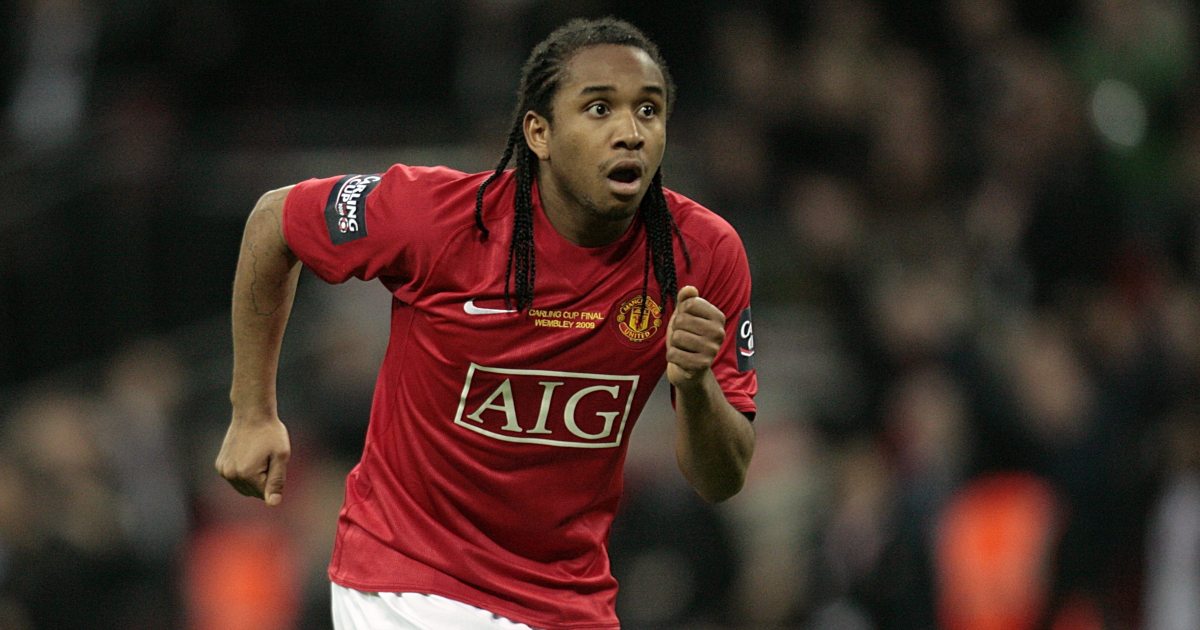 READ: Where are they now? The last 14 Golden Boy winners: Anderson, Isco…

Pato continued to perform well the following season, where he scored two fantastic goals away at Real Madrid in the Champions League group stage, as he also started shifting position to the right wing.

He finished with 12 goals in 20 league starts as injuries kept him out for spells during the season, with Milan finishing third for the second consecutive season.

What a game, played #OnThisDay in 2009. AC Milan beat Real Madrid 3–2 at the Bernabeu — a Dida calamity, a Pirlo pearler, a scorcher from Royston Drenthe(!), and a pair of classic striker goals from Alexandre Pato (his dummy for the first is really lovely).pic.twitter.com/3P7pwX1eJq

Pato and Milan finally tasted glory in 2010-11, where ‘The Duck’ was influential in helping secure the Serie A title, finishing as the club’s joint top scorer in the league alongside Zlatan Ibrahimovic and fellow Brazillian Robinho.

Pato loved an early goal, and not many will have been sweeter than his finish in the first minute against fierce rivals Inter, where he scored two in a 3-0 victory.

📅 On this day in 2011, Alexandre Pato opened the scoring against Inter inside a minute…

However, this was to be his final successful season at the San Siro. In 2011-12, he only scored one league goal, as his form dipped, and his injury problems worsened, only managing 18 appearances in all competitions. However, this was the season where he scored what was arguably his most iconic goal.

In the first Champions League group game of the season, almost immediately after kick-off at the Camp Nou against reigning Champions Barcelona, Pato picked up the ball near the centre circle, and dribbled past the Barcelona defence as if they were still in the dressing room.

With just a few deft touches, Pato found himself racing towards goal with his trademark pace, and slotted past Victor Valdes to give Milan an early lead.

The goal encompassed everything that was great about Pato: going to one of the best teams in Europe, using his incredible skill and lethal pace, and announcing himself to the opposition within half a minute of play. This was a player who should have been up there with one of his opponents that day, Lionel Messi.

The career of Alexandre Pato could serve as a lesson when watching some of the world’s best young talent now. The likes of Kylian Mbappe and Pedri are viewed as the world’s best players of the next generation, but Pato was the Mbappe of the 2000s. He had the world at his feet, but his career plummeted as quickly as it rose.

Nevertheless, his time at Milan meant he is still held in high regard in the footballing world. Even when his form was suffering, Carlo Ancelotti, who had departed the club, still claimed Pato was the main man at Milan.

“What is going on with Pato? Nothing in particular.”

“Just like all the young champions, he alternates great spells and dips in form. It’s been like this in the past too. But he is the top at Milan and I can guarantee you that no one has his qualities.”

Even when surrounded by world-class talent, Pato was the one who managers, teammates and fans would be clamouring to see, and there were not many better sights in football than the sight of Pato dribbling at pace under the floodlights in the Champions League.

Italian legend Antonio Cassano even claimed that Pato was second only to Lionel Messi.

“Pato is the strongest of all, I told him this.”

“Only one player is greater than him, Messi. Both would complement each other and it would be exceptional to see them in the same team.”

Pato himself has fond memories of playing amongst Europe’s elite.

Whilst there have been players who have come along since who have scored more or produced on a more consistent basis, they really do not make players as enjoyable to watch as Alexandre Pato anymore.