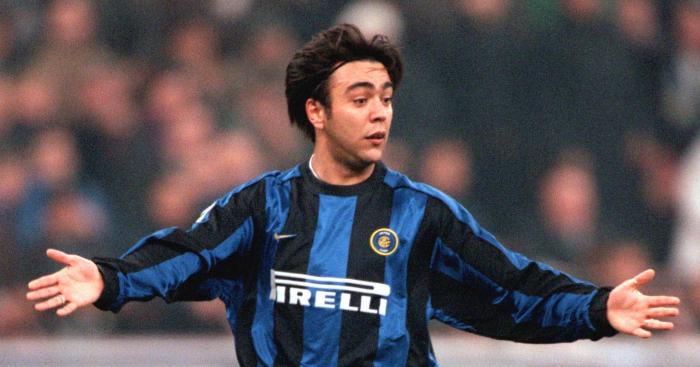 Considering the talent Alvaro Recoba’s possessed, it’s a wonder anyone was ever able to stop him.

If you got tight to the Uruguayan, he would beat you with close control and make you look the fool. If you stood off, he had one of the most lethal left feet Serie A has ever seen. And if you got him in your pocket, there was always the danger of a free-kick in ‘Recoba range’ (i.e. anywhere in your half).

On occasion, though, he could still surprise you with the kind of goal that fit into none of these categories at all, as Atalanta found to their peril in 2004.

Back then, Recoba was a threat at Inter but not the threat.

The presence of Adriano and Christian Vieri, along with Obafemi Martins’ breakthough the previous season and Julio Cruz remaining an option after joining the previous year, meant Roberto Mancini’s squad was pretty stacked in attack.

Further back, the arrival of Juan Sebastian Veron from Chelsea and Dejan Stankovic from Lazio locked up a great deal of creative responsibility.

The only way there would be room for Recoba was if he played his way into contention. However, in the third game of the season in Bergamo, he did just that.

Competition for places meant Recoba was limited to just four Serie A starts that season and had to do most of his work from the bench.

That was the situation against Atalanta, where he replaced Esteban Cambiasso as Mancini’s men went in search of a late winner.

Recoba was given just 15 minutes to break the home side’s resistance. In the end, he didn’t even need five.

A late introduction with a fair bit on the line – Inter had drawn their first two games of the season, against Chievo and Palermo, and could have done without a third – can bring out both the best or the worst in a player.

They can easily overthink things, taking an extra touch here and there where it’s not needed, and see opportunity after opportunity disappear. Even when you know it’s best to avoid acknowledging the gravity of a situation, or even acknowledging there’s any sort of ‘situation’ at all, it’s easier said than done.

But Recoba was able to thrive by, if anything, underthinking things. By definition, you can’t teach instinct, but he still found a way to teach himself to embrace the notion of instinct.

He could park the deep thought and save it up for a set-piece situation he might be presented with later on. For now, though, it was about being and doing rather than thinking.

You can forgive the backtracking Demetrio Albertini for selling himself. Alvaro Recoba, 25 yards out, on his left foot? Obviously the next touch was going to be a shot.

Ask any of the other 20 players on the pitch, and they probably would say the same. You couldn’t even rule out Recoba himself falling for it if presented with the sight of Alvaro Recoba in such a position.

Yet, somehow, that wasn’t the play. You don’t plan this kind of pirouette too far in advance. Practice, yes. Plan, no. Its beauty comes from its lack of rigidity; its unteachable element, in much the same way as a tennis player can practice getting the weighting right on a drop-shot but only a true great can execute it at break point in a Grand Slam final.

By now, thinking has long gone – but being and doing are on their way out too. It’s time for knowing.

Knowing how you avoid pulling the trigger too early, but also how you avoid waiting too long. It’s how the spin and the shot become parts of a whole, where to separate them would be to lose a part of both. It’s why this is a goal that only Alvaro Recoba could have scored.

The goal against Atalanta was one of just three he scored in the league for Inter that season, a campaign which saw the Nerazzurri remain unbeaten until late February but win only nine of those 25 games. The trip to Atalanta was one of them, with Adriano making the difference after Atalanta equalised for a second time.

It’s tempting to look back and wonder if a more Recoba-heavy season might have changed some of those draws into wins; that he might have had the unique kind of magic which more prolific forwards lacked.

The alternative, though, is to consider that this version of Alvaro Recoba burned so bright because he blew hot so infrequently. That the beauty came from the fact that you couldn’t predict when he was going to turn it on.

After all, who needs 90 minutes when you can watch the same five seconds over and over?