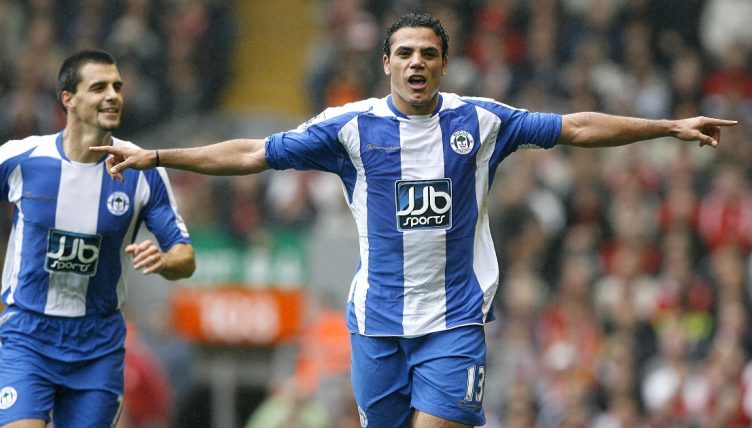 In 2008, Egyptian striker Amr Zaki scored 10 goals in 16 games for Wigan Athletic, was labelled “better than Messi” and was linked with Real Madrid. Things didn’t quite work out.

Steve Bruce has a hard time with strikers.

In January 2017, the Aston Villa manager publicly criticised Ross McCormack, a £12million summer signing, for failing to show up for training. The striker’s excuse — that he had been imprisoned in his house by some defective electric gates — was deemed unacceptable.

“He said he couldn’t jump over a fence that was four feet six inches high,” said an incredulous Bruce.

For all his poor excuses, however, McCormack is not the least dedicated player to have played under Bruce.

Eight years prior to the fence incident, in April 2009, a younger Bruce was at war with another of his forwards.

“I can honestly say that in all my time in football I have never worked with someone as unprofessional,” said Bruce, then manager of Wigan.

Accusing the striker of showing “total disrespect to the club who pay him a very good wage”, Bruce gave it both barrels.

“This is the fourth time he has not reported back on time from international training,” he said. “I have already fined him the maximum allowed but this just seems to have no effect.

“I am now fearful that if I don’t take firm action, it will disrupt the rest of my squad, who — to a man — behave totally professionally.”

That striker was Amr Zaki, on loan from Egyptian side Zamalek, who had recently enjoyed a brief tenure as one of the world’s most coveted footballers.

In the summer of 2008, Amr Zaki had just scored 17 goals in two seasons for Zamalek. More importantly, however, his strike rate for Egypt stood at 27 goals in 48 games, putting him at the very top of FIFA’s player rankings.

The impressive numbers prompted Wigan to sign the striker on a one-season loan for £1.5million.

Few in England had heard of the Egyptian, of course, and Wigan chairman Dave Whelan was as sceptical as anyone: “When [Bruce] first mentioned him, I thought: ‘A striker from Egypt? Very unusual.’”

Any doubts were soon allayed, as Zaki began life in the Premier League with a sweet volley on his debut against West Ham.

Two weeks later, the Egyptian scored a brace in a 5-0 thrashing of Hull City. Goals followed against Sunderland and Manchester City, leading Bruce to heap praise on his bargain signing.

“His physique is great, he has awesome power and pace and of course he wants to score goals which is the important thing,” the manager said. “He is refreshing and is a delight to work with.”

On October 18, Zaki would enjoy his best game, grabbing two goals against Liverpool at Anfield.

The first was a poacher’s effort, the second a memorable acrobatic volley that would live long in the memory of Latics fans.

But that stunner would become significant for other reasons.

While Zaki’s stock would rise further over the coming months, the strike on October 18 would be the forward’s last goal from open play in English football.

By then, however, the hype machine was already well in motion.

Leading the Premier League scoring chart, Zaki was the subject of interest from Liverpool and Real Madrid, and was labelled “better than Messi” by Zamalek chairman Mamdouh Abbas.

Wigan reportedly bid around £8million to make the loan permanent, but Abbas insisted the striker was worth around 250 million Egyptian pounds — closer to £25million.

Zaki would add three more penalties after his Liverpool wondergoal, taking his tally to 10 goals before Christmas.

From then, however, things began to change.

In the January transfer window, Bruce shook up his forward line, selling Emile Heskey and Henri Camara and replacing them with Hugo Rodallega and Zaki’s compatriot Mido.

Far from forming an Egyptian dream team, Zaki and Mido proved incompatible both on and off the pitch.

Wigan would score just 10 league goals after January 1, with Zaki contributing none at all.

By April, the forward was receiving criticism from all quarters. In addition to Bruce questioning his professionalism, Mido accused his strike partner of making up rumours about him.

Mido also burned Zaki for his flash-in-the-pan success — a criticism that would prove more accurate than Mido probably realised.

“I just want to tell [Zaki] that success in Europe is not realised by playing well for a few months and scoring some goals,” the former Tottenham striker said.

Although Mido himself would hardly shine at Wigan — he scored just two league goals there — Zaki’s decline was dramatic.

Come the end of the 2008-09 season, Bruce could only express disappointment at the way things had turned out.

“He had big personal problems in his life,” he said. “You’d have to ask Zaki why he chose to go down the path he did.

“It really is sad and we’ve come to the conclusion that it would be best if we don’t renew the option and get on with our lives.”

For Zaki, getting on with life meant coming to terms with a sharp decline.

Links with Real Madrid would quickly become a distant memory as the forward returned to Zamalek for three troublesome seasons, the first of which was punctuated with an unsuccessful (and goalless) loan to Hull City.

And the striker’s troubles went beyond failing to score.

As Bruce discovered at Wigan, Zaki had developed a penchant for going AWOL around international fixtures, getting him into trouble at Zamalek and earning him a place on the transfer list.

Not that the club didn’t make like difficult for their player: toward the end of his stay, Zaki spent three months out of the side because of a dispute over pay.

He finally left Zamalek for good in the summer of 2012, and was linked with moves to Blackpool and Middlesbrough.

Blackpool FC are interested in signing Zamalek striker Amr Zaki, and he's been invited to a 1-week trial. pic.twitter.com/8A3kwl7D

Neither materialised, however, and the striker spent the final three years of his playing career in Turkey, Kuwait, Morocco and Lebanon, as well as at other clubs in Egypt, making only a handful of appearances over three years.

After signing for Morocco’s Raja Casablanca in 2014, Zaki got in a new kind of trouble: angering the club after getting ankle surgery without their consent.

“As a player on the club, they have to pay all the costs of the surgery,” he said.

Later that year, Zaki was nominated by Mahmoud Kahraba to take part in the Ice Bucket Challenge. It is unclear whether he obliged.

Despite being just 26 at the time of his Wigan departure, Zaki would score only nine more league goals at club level before retiring in 2015 aged 32.

His lightning-fast rise and fall has become a cautionary tale for Premier League fans: a promising autumn does not guarantee a promising career; by the end of the season, your new star could be dropped for Mido.

But perhaps the standards by which we judge Zaki are unfair.

Zaki’s now-shuttered official website was never a goldmine of information, but a banner across the top of the page offered the following quotation:

“Success is to be measured not so much by the position that one has reached in life as by the obstacles which he has overcome.”

And while the framing of Washington’s words in a football context seems a little crass, perhaps that was simply how Zaki chose to evaluate his life and career. Things hadn’t gone smoothly, but then again, perhaps he never expected them to.

Those problems might have prevented Zaki from achieving long-lasting success, but the Egyptian still managed — if only for a moment — to become one of the deadliest strikers in the world.