An ode to Alan Hutton at Villa: From the bomb squad to Scottish Cafu 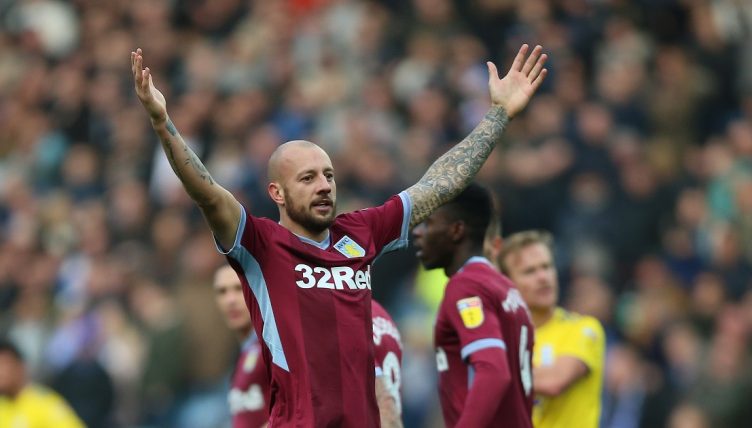 A little tip: if you’re stuck for a gift for your football-loving relative this Christmas, you could do worse than a calendar. Whether it be the team they support or, if their age is in the single digits, one dedicated to a famous photogenic player like Neymar or David Beckham.

In 2018, Kevin Beresford saw a gap in the market. Seduced by the talents of a certain Scottish right-back, the Aston Villa fanatic released a calendar made up entirely of Alan Hutton.

Full-back was traditionally a position inhabited by footballers consisting of 99% perspiration and 1% inspiration, but perhaps Beresford was more on the ball than The Sun’s ‘UK’s dullest man’ headline gave him credit for.

Hutton overcame significant adversity to achieve cult hero status at Villa Park. A year after joining the club, he was discarded under Paul Lambert and forced to train with the reserves and youth team.

At this point, a first-team comeback seemed more unlikely than personally witnessing the resurrection of Jesus Christ.

Yet he persevered at Aston Villa, regaining his place in the team after seeing off all challengers like a Glaswegian Terminator. And the right-back cemented his cult status with a once-in-a-lifetime goal against hated rivals Birmingham City that was immortalised by some Brazilian-style radio commentary.

Happy Alan Hutton Day
~ The Scottish Cafu ~
Throw back to the greatest piece of commentary your ever likely to hear… #AVFC #UTV pic.twitter.com/tKTNjVrhMI

First, let’s travel back to the age of Basshunter. After impressing Sir Alex Ferguson at Rangers, Hutton was the subject of a reluctantly accepted bid from Tottenham in January 2008. Despite turning down the persistent north Londoners twice, the Scot eventually moved south for a fee of £9million – still the highest Rangers have ever received.

Hutton never felt like a good fit at White Hart Lane, however, and his time at Tottenham was perhaps best summarised by pictures of him staggering out of a nightclub with Ledley King after their 2008 League Cup final victory over Chelsea.

He was given a fresh start when Aston Villa secured his services in July 2011. After reuniting with former Rangers manager Alex McLeish, Hutton described Villa as the “only place he wanted to go”.

For a while, even writing his name would leave a bruise. One knee-high tackle on West Brom’s Shane Long, labelled “vicious” by Roy Hodgson, kept Hutton’s opponent out for six weeks. After collecting cards like Monopoly properties, it’s safe to say his first season was underwhelming as Villa finished just two points above the relegation zone.

When McLeish was replaced by Lambert, Hutton’s days seemed numbered. Regarded as the equivalent of a month-old tuna sandwich at the back of Villa’s fridge, Lambert cast the experienced defender into the reserves and signed Matt Lowton as his replacement.

Hutton became part of Villa’s infamous ‘bomb squad’, consisting of costly individuals a disillusioned Randy Lerner was desperate to shift. Alongside Shay Given, Stephen Ireland, Darren Bent and Charles N’Zogbia, Hutton was ostracised from the first-team squad in the manner of a group of middle-aged single men being forced to share a table at a wedding.

Eventually, with the resignation of a parent who gives their child pizza after numerous unsuccessful attempts at serving broccoli, Lambert reinstated the remaining bomb squad members before the 2014-15 season. Hutton had survived the apocalyptic wilderness and returned to his natural habitat of right-back.

But the presence of the Scottish Cafu was not enough to stop Villa recording the fourth-lowest points total – 17 points – when finishing rock bottom in 2016, by which point Lambert, Tim Sherwood and Remi Garde had all come and gone as manager. There was another attempt to force the highly-paid Hutton through the exit door, but the obstinate Scot stayed put.

This stubborn determination caused Villa fans to gradually warm to Hutton – after all, it’s the slow-burning relationships that tend to last a lifetime. In return, Hutton provided two moments of improbable magic to Villa’s long-suffering support.

After losing in the 2018 play-off final, Villa were issued with a winding-up order. Hutton was out of contract but decided to stay with the club on a lower wage.

Having endeared himself to the supporters, Hutton gave them licence to dream again with a mazy dribble and a pinpoint strike into the far corner during the season opener at Hull.

🎙️ "That's why they love this man at Villa Park!"

What a goal from Alan Hutton!

This snippet of brilliance was small-fry when compared to his crowning moment in November 2018. In the absence of large trophy hauls and wider national recognition, the atmosphere surrounding a Birmingham derby would be considered febrile in Buenos Aires or Istanbul. Put simply, it matters.

As the game entered its final stages, with Villa leading a raucous encounter 3-2, Hutton picked up the ball comfortably inside his own half. At this point, the spirit of Diego Maradona entered his body and displaced his natural defensive instincts.

The Birmingham defence initially saw little danger, but this conclusion must have been hastily revised as Hutton drove past three of them to reach the penalty area. Talk about Hutton dressed as Lahm.

Perhaps they were hesitant at disrupting this unfolding moment of history by attempting a challenge, as you would editing the Sistine Chapel with a sharpie or remixing David Bowie.

However, Hutton was also in a once-in-a-lifetime territory. With the coolness of Kurt Cobain performing in an icebox, the cult hero arrowed the ball past Lee Camp and sent Villa Park into raptures of disbelieving joy. His redemption was complete.

Alan Hutton running 60 yards with the ball and slotting it home still blows my mind to this day! 😂

From bomb squad to the scorer of the club’s most iconic goal of the decade – Hutton had truly captured the hearts of Aston Villa fans everywhere.

He left the club after promotion was secured in 2019 and retired less than a year later.

For a man you’re almost legally obliged to refer to as ‘not that kind of player’, Alan Hutton was the definition of a cult hero at Villa Park.

READ NEXT: Martin Laursen: Some players hated MON, but after O’Leary he was perfect