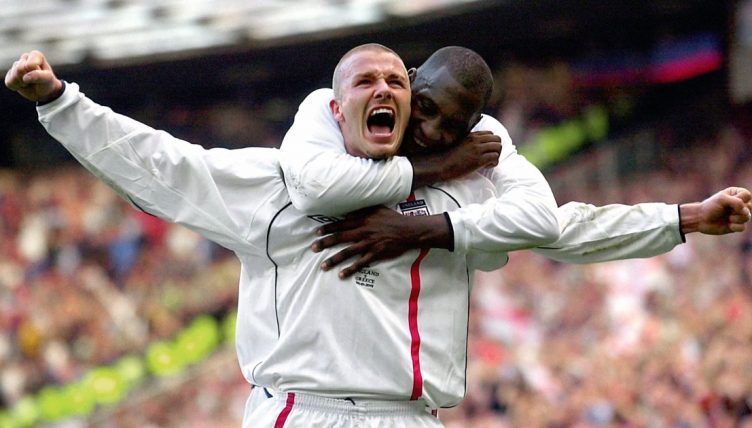 It left you questioning whether football really is a team sport. The abundance of free-kicks he had already wasted in this game changed nothing, there was a certain destiny about this. The final note of a beautiful tune, so obvious yet so perfect.

David Beckham wound the ball up and over the Greece wall, curling it sumptuously into the far corner. The goalkeeper was unmoved; Beckham was anything but. To the corner flag of his favourite theatre, Old Trafford, to celebrate a vital goal for England.

But this was also a vital goal for Beckham. This is how the man would be remembered. Judgement day for Golden Balls was a World Cup qualifier against Greece.

The sumptuous free-kick which Beckham scored against Greece on October 6 2001 was the final box-ticking exercise.

Few who watched it live would have argued that Beckham had not been the most accomplished player on that pitch by a gargantuan margin. It was dizzying to witness his effortless yet extraordinary long passes and how much sharper and more involved he was than anyone else in either white or blue.

It was like watching a swan gliding through a flock of geese. It was like watching Daniel Craig eclipse all of his 007 predecessors in his very first Bond film. On this particular afternoon, it almost felt as though comparison was unfair on the other 21 players.

People watch football in different ways. And they watch it to different extents.

England, buoyed by their 5–1 trouncing of Germany in Munich just two games prior, headed into their final qualifier needing only a point to finish top. If they managed that, they would condemn Germany to the playoffs and qualify automatically as group winners. 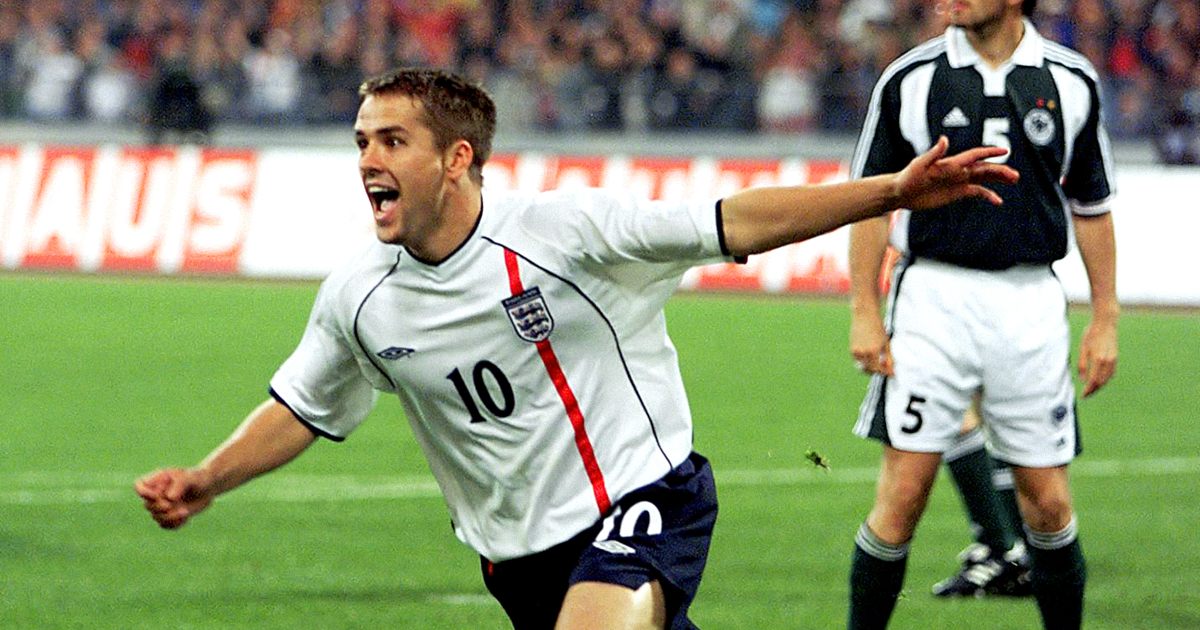 Against lowly Greece, though, Sven-Goran Eriksson’s side had one of their familiar off days. England went one down just before the break, and so knew they’d have to come behind if they were to get something from the match and guarantee a place at the 2002 World Cup finals in Japan and South Korea.

Beckham ran free with the ball down the left channel — not a team-mate in sight to help him out.

Two of Greece’s defence force came charging towards the Manchester United winger, desperate to stall his ever-growing impact on the encounter. Beckham switched the ball right, then left, then right, then got tripped illegally.

A Beckham assist and an England equaliser. Could they build on this now and grind out a victory? No, they could only concede.

From yet another set-play, the ball fell kindly for Demis Nikolaidis in this, a fixture defined by free-kicks whichever way you looked. Eriksson’s side had been level for just two minutes. Back to square one.

Beckham came closer and closer with more of his direct free-kicks, reacting to one near-miss by rubbing his head furiously in his hands. But he would get one more chance.

Kostas Konstantinidis won an aerial duel with Teddy Sheringham entirely fairly. But the trigger-happy referee Dick Jol blew his whistle again. It should never have been a free-kick, but doesn’t that only add to the magic?

In came his highly valuable right foot. Up and round and in went the ball. Down looked the goalkeeper. England had stolen a draw at the last to reach the World Cup.

💬 “Beckham has virtually played Greece on his own!”pic.twitter.com/JrAbdOmwML

“I wasn’t getting the ball in my position, I decided to try and get involved somewhere else,” Beckham later said of the match. “I remember Gary Neville shouting at me: ‘You’ll get caught. We’ve got to keep our shape or they’ll break on us and score again.’

“In almost any other game, Gary would have been right. But that afternoon against Greece, for once, I decided to take no notice of him. I tried running at players and drew a couple of fouls around the box… [Goalkeeper Nigel] Martyn threw the ball out to me on the left-wing. I’m sure Gary thought: ‘What’s he doing over there?’”

What was he doing? Dragging his team to Korea and Japan.

England prevailed against a major nation – Germany, albeit indirectly, by condemning them to the playoffs. This is just one way in which England’s Beckham-inspired Greece draw held such significance.

So rarely in history have England ever beaten or knocked out another world power. There’s a reason it’s 55 years of hurt and counting. The inability – besides a few exceptions – to see off other World Cup winners when it matters is a blatant reason.

David Beckham’s control of the match, his superlative footwork, his passing prowess, and his dramatic and delightful free-kick make this his career-defining moment.

But every footballer has a career-defining moment, right? More than that, Beckham’s contribution at Old Trafford on 6 October 2001 was his life-defining moment.

At the time, Beckham was the world’s most recognisable sportsperson but also a model and a fixture of glossy mags and the upper echelons of global celebrity. If ever there was a football destined to be remembered more for things they achieved away from the pitch, it was him.

But no. That free-kick was The David Beckham Moment.

There is another element to the game’s significance that stems from Beckham but goes beyond him, too. England played 4-4-2 in this match – and in most matches for 30 years before it and 10 years after it.

Yet this was a game to make astute tacticians in the English game stop, think, and question the status quo. For decades, English football had stifled the individual flair of the likes of Frank Worthington, Glenn Hoddle and Paul Gascoigne.

Beckham played as a right-winger, but as he admitted himself when ignoring Gary Neville’s desires, he drifted into midfield, floated onto the left, supported the strikers, and received the ball from the back-line.