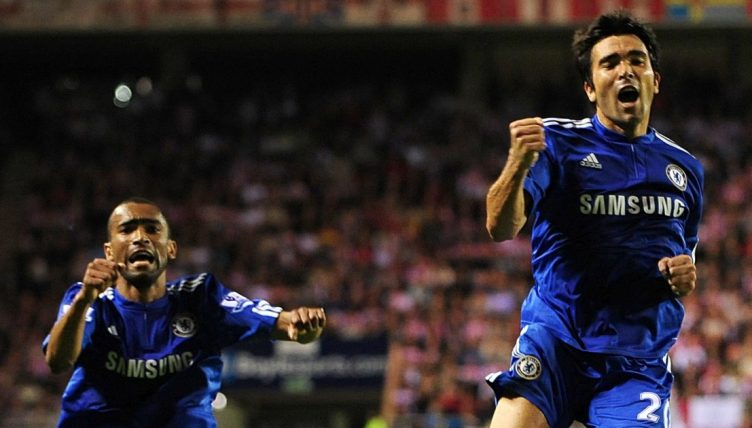 While Deco’s brief spell in the Premier League disappointed a lot of Chelsea fans, we still look back on his time in England with an awful lot of fondness.

After starring for Jose Mourinho’s Porto, Deco was expected to follow the manager to Chelsea in 2004, only to then choose Barcelona instead.

Playing alongside Xavi and Andres Iniesta, he helped turn an underperforming Barcelona side – the club had burned through five managers at the start of the 2000s before Frank Rijkaard was appointed in 2003 – into European champions in the space of two years.

Despite the success on the pitch, attitudes off the pitch began to be questioned. According to Alex Hleb, Deco and team-mate Ronaldinho showed up to training drunk and the club were worried about their potential bad influence on a young Lionel Messi.

A ruthless Pep Guardiola quickly decided to move both players on in 2008, paving the way for Deco to finally move to Stamford Bridge, reuniting with his former Portugal manager Luiz Felipe Scolari.

He joined a star-studded midfield that already contained the likes of Michael Ballack, Michael Essien, Jon Obi Mikel, Claude Makelele and Frank Lampard, who had been heavily linked with a move to Mourinho’s Inter Milan.

While some people questioned whether the diminutive playmaker could cope with the physical aspect of the Premier League, he had plenty of confidence in his own ability.

“It is just a matter of adapting to the culture and any good player can do that,” Deco said. “I believe I have the qualities to adapt and I don’t think that will be a problem.”

Signed in the aftermath of Chelsea’s heartbreaking Champions League final defeat to Manchester United, Deco was seen as the final piece of the puzzle for the Blues. Having already won two Champions Leagues, he had the experience and the ability to help Chelsea end their long wait for a European title.

The midfielder certainly hit the ground running, marking his Premier League debut with a man of the match display and a sensational goal against Portsmouth. For all Deco’s game was about subtle touches of class, David James could do little to stop his swerving howitzer.

10 years ago today, Deco pulled this out of the bag on his Chelsea debut! 🚀 pic.twitter.com/wMtmhGQo3x

Deco then followed that up with a brilliant free-kick winner in the following match against Wigan and was named August’s Player of the Month by the Premier League.

The Brazil-born midfielder delighted fans with his deft touch and artistry, adding an element of flair to Chelsea’s functional midfield unit. If expectations weren’t too high beforehand, they went through the roof after his first few weeks at Stamford Bridge. The £8million fee was starting to look like an absolute steal.

His progress was halted by an injury ahead of a 1-1 draw against Manchester United, but he still helped Scolari’s free-scoring entertainers top the league table after 14 games.

“He [Scolari] came and brought this new lease of life, it was just like playing for Brazil,” Ashley Cole told Sky Sports in 2019. “He had me bombing up and down against people like Jamie Carragher, and Jose Bosingwa was on the other side.

“We had no rules in terms of we could go and play where we wanted, the left and right-backs were going at the same time, which is unheard of at times, and we were playing some great football.”

Deco was also able to express himself and saved his best strike for a game against Bolton in December 2008, executing the perfect bicycle kick to beat Jussi Jaaskelainen.

Things soon started to turn sour, however, and Scolari was sacked in February following a run of three wins in nine Premier League games.

Not for the last time, Guus Hiddink was brought in on an interim basis and the Samba party was well and truly over at Stamford Bridge.

Deco publically spoke of his dismay at the decision to sack Scolari and struggled for appearances and form during the second half of the campaign.

While the Blues finished third in the league and were knocked out of the Champions League by Barcelona, they did at least win the FA Cup – but Deco didn’t make the matchday squad for the final.

“I had a difficult year,” Deco said in 2009. “I arrived with ‘Big Phil’. Things started well but then I had many injury problems.

“I had many problems with the medical department and didn’t feel I recovered right. Honestly, I did not like the experience at Chelsea. I’m looking for another club where I can feel good.”

Despite wanting to join Inter Milan, he was eventually convinced to stay at Chelsea for one more season under new boss Carlo Ancelotti.

After being brought back into the fold by Ancelotti, the attacking midfielder found a new lease of life and initially thrived in his 4-4-2 diamond formation, providing a goal and an assist in their opening two league games in 2009-10.

“The system is good because we have more possession and have the ball all the time,” Deco said in August 2009.

“We have four in midfield and we can play better than when we had the three. When we defend it’s more difficult because we have to go both sides, but to play in it is fantastic.

“I know if I am fit and well, I can play. I just want to help the team and I think the coach trusts and believes in me. I am enjoying playing under him.”

During a 4-0 win over Bolton, Nicolas Anelka, Deco, Frank Lampard and Didier Drogba combined for a goal that Guardiola’s Barcelona would be proud of.

One for you Chelsea fans…
Brilliant one touch play from the Blues, finished off calmly by the Irovian after setup play from Deco and Lampard.
Didier Drogba- Bolton vs Chelsea 09/10 pic.twitter.com/mjVZjDlUIt

Sitting at the top of the Premier League, Chelsea were playing the sort of free-flowing football that Roman Abramovich had dreamed of and Deco was at the heart of it.

But it was a case of deja vu for the midfielder as injury problems derailed his season once again and Ancelotti was no longer able to rely on him.

Aside from an impressive performance in a 2-1 win at Old Trafford, he mainly played a periphery role as the Blues won the Premier League and retained the FA Cup.

Having made 58 appearances in all competitions across two seasons, he left Stamford Bridge to limited fanfare in 2010 and saw out his final playing years with Fluminense in Brazil.

Chelsea may have missed out on the midfielder’s best years, but he still produced several moments of magic during his short spell on these shores.

We just wish he’d made the move four years earlier…