An ode to Lee Trundle, who played football how anyone would want to 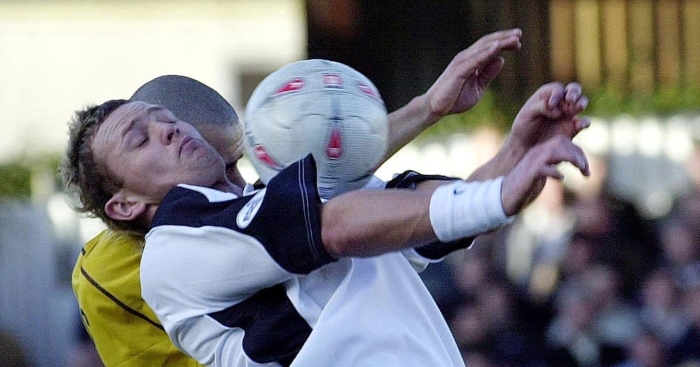 While there are plenty of footballers who have been described as having played football how you’d like to play it, few fit the bill as well as Lee Trundle.

The forward may never have played international football, or even at a level higher than the English Championship, but that didn’t matter if you saw him play.

This was a man who was the most important person on almost every pitch he entered, and if that meant never stepping higher up the pyramid that didn’t matter.

It wasn’t until the age of 24 that Trundle even got his league bow, joining Wrexham – then in the third tier – from the League of Wales.

His goalscoring exploits for Rhyl and in the English non-league system caught the eye, but if you looked at those numbers alone without watching Trundle play you would have been severely misled.

This was someone who treated regular games as if they were his own testimonial, to the point that there were times you thought he was more bothered by embarrassing opponents than by finding the net.

It was showboating upon showboating – a show-cruise ship, if you will – and when he got to Swansea he added another deck.

Lee Trundle with one of the best Wrexham hat-tricks you'll ever see.

Made even better by the United vs Panathinaikos team news at the bottom, with Paul Rachubka in for Raimond van der Gouw #mufc pic.twitter.com/ZyKp4aeiYm

Trundle must have been a nightmare for opposing defenders.

You could get tight to him and risk getting beaten all ends up, or stand off, give him space, and have the exact same thing happen, only half a second later.

There’s a cliché that players like Trundle would have been kicked off the pitch in an earlier era, but that assumes anyone would have been able to get near enough to make a connection before he got out of the way.

Most of the time, when you’re learning to play football, a coach will warn you not to attempt a turn using just your back because “it won’t work” or “that’s a stupid idea”, but Trundle never knew the meaning of such criticisms.

Moves like that were just extra gloss, though. After all, it’s not like he wasn’t capable of doing everything he needed with his feet.

This was a man who went against everything you get taught, often seemingly just for the sake of being different.

At times, it felt like his entire game was based on ensuring no one on the opposite team – or even his own team – could rest. For him, simplicity didn’t mean playing the easy ball to a team-mate or waiting for an easier opportunity to work his magic: it just meant one nutmeg instead of two… and that’s if you were lucky.

Normally, a footballer will have the quickest feet of anyone on the pitch, or else the sharpest mind to make up for what he lacks in that department. When you come across a player like Trundle, in possession of both – and often by some distance – you have no chance.

Some fans will watch football and want to emulate the glory and trophies of those at the top of the game, but the constant fun which followed Trundle around is just as welcome.

Looking at the way Trundle put opponents to the sword, you could be forgiven for thinking he wouldn’t have time for goals. Or, indeed, for anything that wasn’t just ritual embarrassment of his peers.

At Swansea, the club where he enjoyed his best years, he scored 89 league goals in five seasons before coming back later to add five more in the Championship under Paulo Sousa.

With such a high return, there were always going to be some memorable goals, but the 30-yarder against Yeovil – one of many long-range efforts – was a highlight.

It was one of his most Trundle-esque goals, too: an effort from a position where it would have been easier (and dare we say smarter) to do anything else, but where he achieved his aim through sheer force of will and a certainty that he could make anything happen.

Lee Trundle’s last match for Swansea came 10 years ago, at the age of 33, but you’d be a fool to think that was the end for the forward.

If you told us he’d be doing the same thing in 2030, we wouldn’t be all that surprised. He’d probably have the quickest feet and quickest mind on the pitch then too.

Love at first sight: How Michu left a lasting legacy at Swansea City