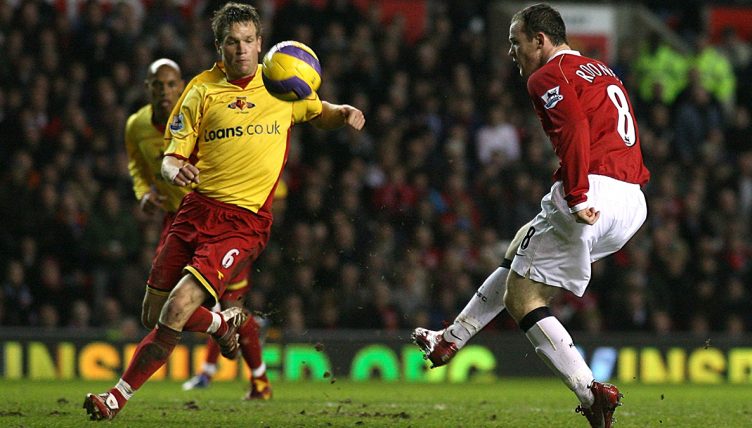 There’s plenty of competition from when trying to choose a best Manchester United season under Sir Alex Ferguson, but the 2006-07 campaign definitely deserves more of a mention.

The 93-94 Double winners and 98-99 Treble winners were obviously special, and we’ve written plenty about the class of 2007-08 – in fact, we even dedicated a podcast to them – but though only the Premier League was won in 2006-07, it was nevertheless a remarkable season.

It probably helps United had been, by their standards, pretty woeful in the three years leading up to it. They finished third, third and second in the league (having never previously gone more than a season without winning the Premier League), failed to make it beyond the last 16 of the Champions League and, after at least winning the FA Cup in 2003-04, only won a solitary League Cup across the next two campaigns.

While Arsenal went Invincible and Chelsea set a new Premier League points record under Jose Mourinho, United fans had to put up with signings like Eric Djemba-Djemba, Kleberson and David Bellion. With Chelsea backed by Roman Abramovich, it genuinely seemed as though United’s dominance was over.

While it took him longer than usual on this occasion, one of Sir Alex Ferguson’s greatest strengths was his ability to rebuild. And along with the aforementioned flops, he also signed two promising young talents in the shape of Cristiano Ronaldo and Wayne Rooney in 2003 and 2004.

Edwin van der Sar and Park Ji-Sung followed in the summer of 2005 before Fergie made two of the greatest January signings in history in Nemanja Vidic and Patrice Evra. United weren’t making mistakes in the transfer market now.

Come the summer of 2006, Fergie clearly realised United were close. Michael Carrick was the only player signed that window and, crucially, Ruud van Nistelrooy was allowed to leave for Real Madrid. If it seemed counter-intuitive selling the previous season’s top goalscorer just as it looked like you had a team capable of challenging for the title again, it soon wouldn’t.

Rooney had scored a healthy 36 goals across his first two years at Old Trafford and though Ronaldo had scored only 27 across his first three, Fergie kept the faith and backed the cocky young upstart over Van Nistelrooy, who had no time for Ronaldo’s stepovers and cutbacks having feasted on the deliveries of David Beckham before that.

Perhaps what was most remarkable about Ronaldo’s achievements was that he spent pretty much the entire season being abused by opposition fans having helped wind Rooney up and get him sent off at the World Cup, then winking to the bench at a job well done as England’s hopes of glory were ended at the hands of Portugal again.

Yet if that made the rest of the nation hate him, it just made United fans get behind him even more. They’ve never been shy to put club before country at the best of times so there was never any doubt whose side they were going to take here.

And, perhaps surprisingly to some, Rooney clearly didn’t hold a grudge either. Maybe he respected the win-at-all-costs mentality, maybe he thought he’d have done exactly the same thing himself or maybe he just moved on for the good of the team, but whatever the reason for him not kicking off, Rooney and Ronaldo were f*cking brilliant together in 2006-07.

It’s Rooney assisting Ronaldo for the goal above, against Fulham, when Rooney scored twice himself, and later in the season the roles were reversed to set up the Englishman for one of the most satisfying lobs in the history of football. Is that hyperbole? No, just look at it.

This article would have been written days ago, but we haven’t been able to stop watching this on loop. Have we wasted days of our life watching one goal over and over? Again, no, it absolutely wasn’t a waste.

It came in a 4-0 win over Watford on the day Henrik Larsson scored his one and only Premier League goal for United. And as we’ve previously established on these pages, Larsson’s half-season on loan is just another reason to retain such fond memories of 2006-07.

He was 35 and only scored three goals in total in his 13 appearances, but as Ferguson said, Larsson just had an aura about him. He got a standing ovation from the fans after his last game at Old Trafford and, it later turned out, one from the players and staff in his final appearance for the club. The only regret from both sides is that he didn’t stay longer.

Rooney, meanwhile, finished the season with 23 goals, including another stunner against Watford, an absolute rocket in a 4-1 FA Cup semi-final win at Villa Park.

Richard Lee, in the Watford goal for both games in the absence of ineligible United loanee Ben Foster, told us: “The goal he’s scored past me at Villa Park, I don’t think I’ve ever faced a shot quite so hard. He absolutely boomed it in the top corner, and he’s lobbed me at Old Trafford with a beautiful finish.”

But that was Rooney at his peak, just as likely to break the back of the net with a shot as score a lob so delicate it’d have us watching it on loop 14 years later.

And after three barren seasons, it wasn’t half an exciting time to be a United fan. The FA Cup final ended in defeat to Chelsea and the Champions League campaign at the semi-final stage at the hands of Milan, but the title was won back by six points, with 83 goals scored in the league alone.

Along with Ronaldo, Van der Sar, Gary Neville, Evra, Vidic, Rio Ferdinand, Paul Scholes and Giggs were all named in the Team of the Year. Rooney, ridiculously, wasn’t, but United were back on their perch and ready to go again in 2007-08.

And we all know what happened then.