An ode to mid-2000s Blackburn, the peak Barclays mix of silk and steel 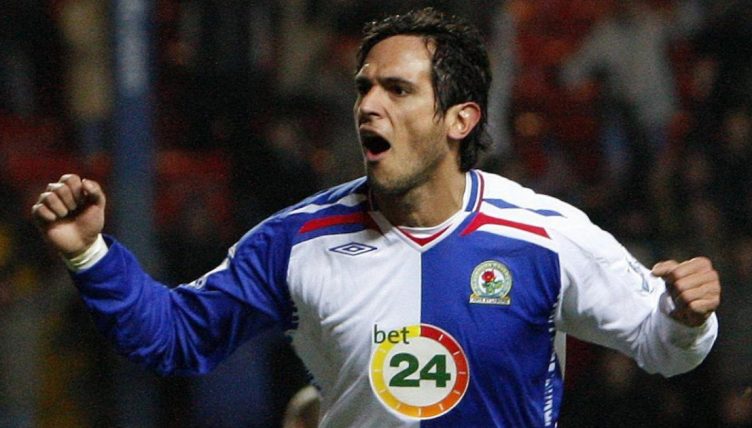 There’s something romantic about Blackburn Rovers.

The name alone evokes the origins of professional football in England, a sport dominated by the industrial heartlands of Victorian England and populated by the downtrodden working classes of the era.

Ewood Park, home of football in the town since 1890, has managed to retain its charm despite the redevelopment overseen by Jack Walker.

Three modern stands are accompanied by the tiddler facing the television cameras, which makes for some Lowry-esque shots of fans streaming away from the stadium after an unexpected home defeat.

Rovers’ feats in the Premier League era are dominated by their 1994-95 title-winning side. Led by Kenny Dalglish and spearheaded by the goals of Alan Shearer, Blackburn overcame Manchester United for their first major trophy since colour television was introduced.

But that wasn’t the only Rovers side worthy of acclaim. Between 2004 and 2008, Mark Hughes made Blackburn one of the most fearsome propositions in the Premier League with a team that was the perfect Barclays fusion of silk and steel.

Hughes had been a successful manager of the Wales national team, almost leading them to Euro 2004, before taking over at Rovers in September 2004.

His predecessor, Graeme Souness, had enjoyed four fruitful years in Lancashire that included promotion to the top flight, a League Cup triumph in 2002 and a sixth-place finish 12 months later.

But Souness’ side had gone stale, barely avoiding relegation in 2004 before making a winless start to the following campaign. Souness moved to Newcastle to replace Sir Bobby Robson and Hughes, who ended his playing career at Blackburn, replaced him at Ewood Park. 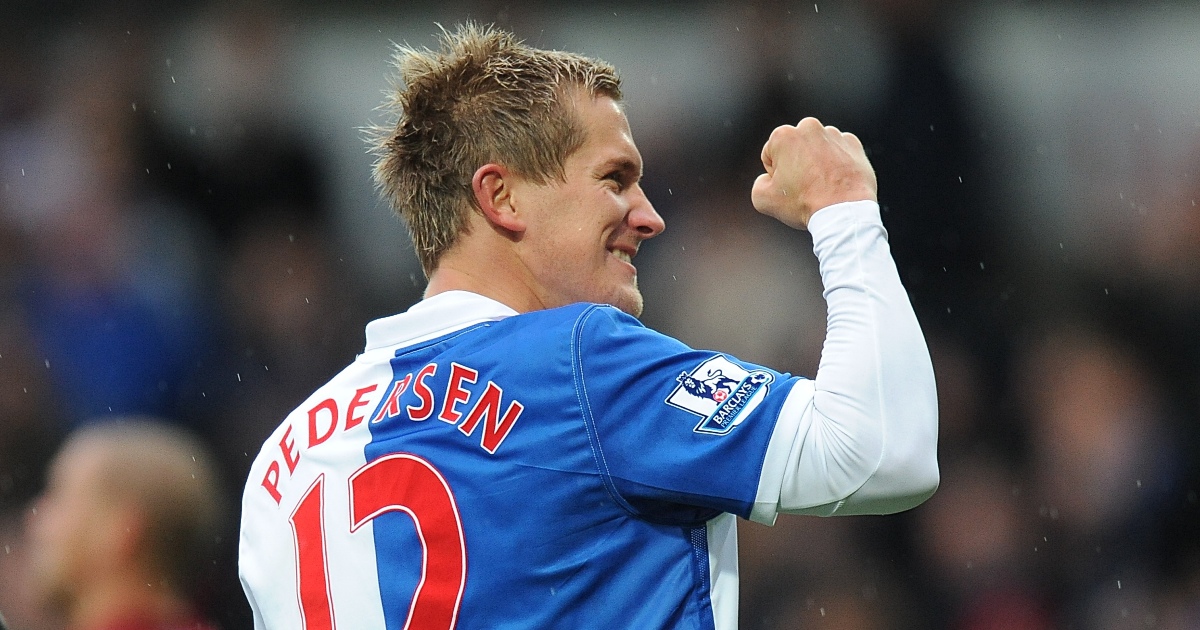 The immediate aim was to avoid relegation, which Hughes managed – but not without resorting to some rough tactics that led them to be christened as ‘Blackeye Rovers’ by the media.

“I’m not angry with the referee,” said Arsene Wenger after one hard-thought win at Ewood Park. “But sometimes they tried to stop the game at any cost and it gets frustrating.”

Defenders such as Andy Todd and Lucas Neill were prepared to mix it at the back, with occasional judicious use of angular elbows and flying feet. Blackburn finished bottom of the Premier League disciplinary table in all of Hughes’ four seasons as manager.

But the ‘Blackeye’ reputation didn’t tell the full story. Hughes encouraged his wingers and strikers to get their heads down and break at speed, helping Rovers become a regular irritant to the Premier League elite.

Manchester United were beaten twice in the 2005-06 season. Arsenal were dispatched with ease and champions Chelsea beaten at Ewood as Blackburn matched their sixth-place finish from three years before.

Without the backing of Walker’s millions, Hughes had built a tough, quality side on the cheap. Benni McCarthy was signed to replace Liverpool-bound Bellamy, Roque Santa Cruz became a cult hero after arriving in 2007 while David Bentley and Stephen Warnock were picked up from Arsenal and Liverpool reserves respectively.

Ryan Nelsen and Christopher Samba cost £400,000 between them and became one of the strongest centre-back pairings in the country. Morten Gamst Pedersen and Brad Friedel continued to provide excellent performances on a weekly basis.

Then there was Tugay.

Signed by Souness back in 2001, the Turkish midfielder was the glue that held everything together, the player that allowed everyone else to play.

In his book, “I Tell You What!” Robbie Savage recalls when he joined the club in 2005, and in particular a game against Liverpool. “He must have been 35 or 36 at the time but I remember he did a step over against Steven Gerrard at Ewood Park against Liverpool,” Savage relates.

“Tugay then slid the ball through to Gamst Pedersen, he smashed it across, Benni McCarthy scored and we won 1-0. Doing stepovers to Steven Gerrard at the age of 36!

“Tugay was an unbelievable player. He could receive the ball in any area of the pitch and do something with it.”

In a league increasingly dominated by rich, big-city clubs, Blackburn regularly punched above their weight. They became top-half regulars under Hughes and could always be relied upon to give anybody a tough examination of their credentials.

This was reflected in their Cup success. Rovers reached three consecutive semi-finals (two in the FA Cup and one League Cup appearance) between 2005 and 2007 and took a number of famous scalps in the UEFA Cup.

Hughes doesn’t receive the credit for this that he deserves. A character whose quietness is often mistaken for being dour, the former Manchester United striker was never marked out for a career in management and his steadiness remains unappreciated among wider circles.

“Why?” he said once when asked about his aptitude for management. “Because I am quietly spoken? There’s nothing I can do about that; I suppose it’s better than having a squeaky voice.”

Bentley recalled one incident during a mid-season tour that suggested that Hughes was more a dark horse than was first apparent.

“We got to the sixth night, and Hughes was like, ‘lads, you’ve got games coming up, I don’t want you out tonight’.

“We were going, ‘you what? That’s a bit weird, because you’ve let us do what we want all week’. So we snuck out, got our own cabs; the whole team, not just five of us, like everyone.

“We’re in the club, getting the table and all that, having a laugh. I’ve gone to the toilet, and I’m just in the cubicle, I look to my left, Mark Hughes the manager is there.

“He wanted us to stay inside so he could take all the coaches out.”

How good was Roque Santa Cruz back in the day! 🎅

Alas, Rovers couldn’t fight gravity indefinitely. Hughes was tempted to Manchester City in the summer of 2008 and his Blackburn side of cult heroes was gradually sold to richer rivals.

They were relegated in 2012 and it’s only now, a decade on, that Blackburn are threatening to return to the Premier League.

The mid-2000s were heady times for Lancashire clubs outside of Liverpool and Manchester. Sam Allardyce’s success at Bolton is well-documented while Wigan Athletic enjoyed a remarkable eight-year tenure in the top flight.

Rovers’ exploits under Hughes rarely garner the same attention but they remain one of the most underrated sides in Premier League history.

And there’s rarely been a more perfect fusion of silk and steel to grace the Barclays than the side Hughes grafted together at Ewood Park.