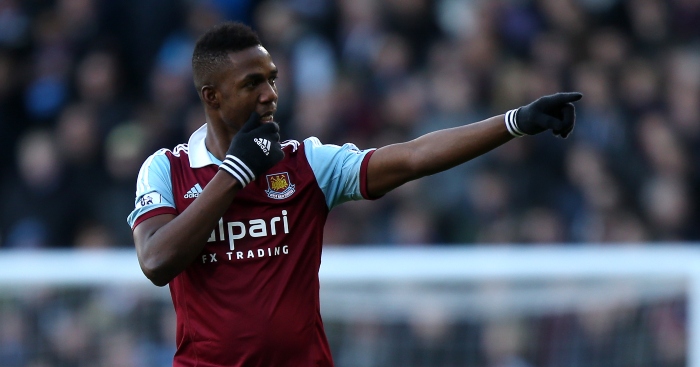 Modibo Maiga netted just four goals in 34 appearances for West Ham, which seems about right for an expensive striker bought by David Sullivan. But there’s more to the story than that…

Besides, even when expectations are not met, joy can be found in the most unlikely moments and have the effect of enriching an already precious memory.

Take Modibo Maiga. At first glance, Maiga is one of countless West Ham flops bought at heavy expense only to completely underperform.

To a large extent, this is true. After a semi-prolific spell at French side Sochaux, Sam Allardyce bought the Malian striker to the club for £5million in the summer of 2012. Considering Maiga was a dainty attacking player, his pairing with Big Sam seemed destined to belong together like custard and brie, even at the time.

During his spell with the club, Maiga was marginalised in favour of Andy Carroll and Kevin Nolan, begging the question as to why he was purchased in the first place. Loaned to QPR, then Metz, Maiga was offered £1million to just go away – a deal he refused.

Eventually, Maiga signed for Saudi side Al-Nassar in 2015, the £6million fee causing thousands of East End eyebrows to rise into another postcode. He scored four goals in 34 appearances for West Ham.

Therefore, we’ve established that Maiga was neither a great goalscorer nor a scorer of great goals. However, it is undeniable that he provided two great moments in a West Ham shirt that were almost worth the transfer fee alone. Almost.

The first came on a dank December afternoon against Rafa Benitez’s Chelsea. Having gone nine years without victory over their London rivals, West Ham found themselves being thoroughly outplayed and behind to a Juan Mata strike.

Happily, this would be an afternoon where the script did not follow convention. Carlton Cole scored a gloriously scrappy equaliser, climbing over Branislav Ivanovic to bundle the ball past a static Petr Cech.

Any point a newly-promoted side can chisel out against the European champions would normally be considered a bonus. Not this time. With four minutes remaining, Mo Diame lashed home a powerful low drive from the edge of the area to send Upton Park doolally.

And Maiga’s moment was still to come. As Chelsea pressed desperately for an equaliser, their play was becoming more and more chaotic. When Ashley Cole dawdled on the ball and sent a pass lazier than a Monster-guzzling teenager into the path of Maiga, he had the chance for immortality.

He laid the ball off to Matty Taylor, whose shot was saved by Cech but rolled irresistibly back into the path of the Malian. Without breaking stride, Maiga gleefully tucked the ball past three despairing Chelsea defenders on the goal line and wheeled away kissing his index finger as the stadium erupted around him. He had provided the seal to an unforgettable afternoon.

'Who could have predicted this?'@CarltonCole1, Diame and Maiga fired the Hammers to a win over Chelsea #OnThisDay in 2012

Then… nothing. Maiga went a full 12 months without bothering opposition goalkeepers to the point where fans had genuinely forgotten he was still at the club.

Instead, Allardyce put his faith in the fitness record of Carroll – with predictable results. After a 10th-placed finish the season before, West Ham slid down the league in 2013-14 and found themselves in the familiar position of a relegation battle and a lengthy injury list.

Inspired by the team’s 3-0 win at Tottenham in October, Allardyce regularly fielded a team with no strikers while Maiga was kept on the sidelines. By early December, West Ham had more goalless draws (six) than the entire Bundesliga (five).

Respite came in the League Cup. Having eliminated Cheltenham Town, Cardiff City and Burnley, the Hammers were drawn to play Tottenham in the quarter-finals. In an added twist, the match would be Tactics Tim Sherwood‘s first match in caretaker charge at Spurs. 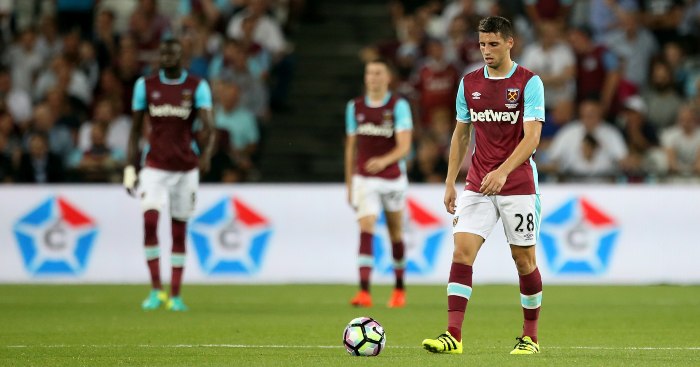 As if demonstrating the paucity of options available to him, or perhaps sensing an opportunity, Allardyce named Maiga among his substitutes.

The first half passed goalless and relatively uneventful. Tottenham were buoyed by the departure of Andre Villas-Boas and played with the energy of men who’d regained access to their beloved mayonnaise rations. Wisely, West Ham allowed Spurs to run down their levels of energy.

The match only came alive in the 67th minute from a moment of underrated genius. Emmanuel Adebayor, recalled to the squad by Sherwood, launched himself at Jermain Defoe’s cross and volleyed the ball in off the underside of the bar. After months of tedium and ineptitude, the White Hart Lane crowd rejoiced uninhibitedly. Progression to the semi-finals appeared inevitable.

But, they reckoned without Maiga. Introduced shortly before Adebayor’s opener, his presence on the field seemed to induce the West Ham players into some sort of trance. Taylor launched a howitzer of a shot that Hugo Lloris did well to keep out and the sense grew that the tide had turned.

This was confirmed 10 minutes before the end. Keeper Adrian launched a long punt downfield which Maiga headed down to Taylor. The midfielder found Matt Jarvis on his left and he scampered a couple of yards before firing home an unstoppable effort. Jarvis, another big-money flop at West Ham, had delivered his defining moment in east London.

However, the night would belong to Maiga.

Against all known convention, West Ham continued to look menacing and pushed forward. Ravel Morrison carried the ball around the edge of the Tottenham box until playing a Pirlo-esque pass out to Diame on the right flank.

Taking a touch to steady himself, Diame delivered a pinpoint cross into the crowded penalty area. Among the sea of heads, the ball was improbably met by Maiga who guided his header beyond the limbs of Lloris and into the net. Behind him, the massed West Ham fans enjoyed a collective orgasm. The resulting release of joy could be heard as far away as Barnet.

The striker wheeled away bashfully, perhaps having forgotten what scoring a goal felt like, and was soon mobbed by exultant team-mates. On the touchline, Allardyce patted down his hair and suppressed a smile having temporarily metamorphosed into Alf Ramsey.

Deliciously, Maiga should have added another to his tally after a rasping shot cannoned back off the crossbar. No matter, his place in West Ham folklore was already secure. The Hammers held on and were suitability rewarded with a 9-0 spanking by Manchester City in the semi-finals, despite Allardyce fielding 11 goalkeepers.

To focus on results alone would be to live in a black and white world, and Maiga’s time in east London demonstrated just that. Even if initial expectations are not met, it doesn’t mean that player cannot provide unforgettable moments of joy.

As Barry Davies once said, good meals can be made out of crumbs.