An ode to Patrick Kluivert, a proper striker who peaked too early 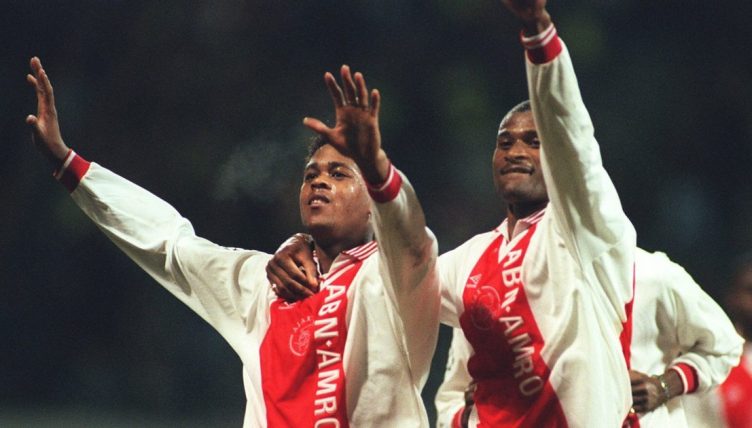 When we look at the likes of Kylian Mbappe and wonder how someone can achieve so much at such a young age, it’s hard not to think back to Patrick Kluivert.

In Mundial Magazine’s podcast ‘Giant’, former PSV Eindhoven manager Aad de Mos recalls that Louis van Gaal’s Ajax turned down a chance to sign Ronaldo in 1994 because they already had Patrick Kluivert on their books.

There was no need for them to gamble on a player from the Brazilian league, especially if it hindered the progress of one of their own. And even though Ronaldo went on to become one of the all-time greats, it’s hard to argue the Amsterdam side made the wrong call.

Kluivert was born two months before Ronaldo, but at the start of the 1994-95 season he was still waiting for his debut. And at the time, an 18-year-old having no senior games for such a youth-focused club didn’t exactly suggest future greatness.

After all, his contemporary, Kanu, had played a handful of games the previous season, while fellow teenager Clarence Seedorf was preparing for his third season as part of the first-team setup.

However, within the first half of the season, it felt like Ajax had held Kluivert back purely to show their rivals how far ahead they were; to reveal they could keep players in reserve who would be the best asset for plenty of other sides in the Eredivisie.

Indeed, his first goal arrived instantly, a volley on the stretch on his first-team debut to seal victory in the Super Cup.

In situations like these, it can be tempting to assign a level of cool to a player; for hindsight to make you read too much into an expression or movement. Here, the opposite is true – it’s just a kid, excited to have scored his first goal for his hometown club and losing any pretence of cool as he doesn’t know how to react. It’s refreshing to see.

By the time the Champions League final rolled around, Kluivert had scored the goal that helped win Ajax the title, but Louis van Gaal still started the more experienced Ronald de Boer ahead of him against Milan.

Kluivert was given 20 minutes late on to make an impact, replacing Jari Litmanen with the score still 0-0, but he only needed 15.

The winning goal showed the balance between confidence and disrespect. Yes, he ignored the run of Frank Rijkaard as the midfielder called out for a return ball but only because he knew he could go it alone.

As Kluivert slots the ball away, you can just about get a glimpse of Franco Baresi breaking character. The defender, usually so calm and composed on the pitch, seems just about ready to smash something. Fury at his team-mates’ inaction, or just anger at being left on the ground by a teenager?

It’s a wonderful moment for Kluivert, but it also raises an important question: if you achieve the pinnacle at 18, is it even possible to sustain motivation to hit the same heights throughout your career?

In a piece for The New York Times, A.C. Shilton makes reference to the concept of ‘arrival fallacy’, a term coined by Dr Tal Ben-Shahar which refers to “this illusion that once we make it, once we attain our goal or reach our destination, we will reach lasting happiness”.

Kluivert wasn’t even 12 months removed from his debut when he had a domestic and European title: while repeating the former was doable – and indeed something he did achieve – he could be forgiven for putting undue pressure on himself by assuming other successes would need to be just as instant.

Another Eredivisie title followed in 1996, but this was something he’d done before – it was time to ascertain whether international success could break the cycle, but that success never arrived.

Not for want of trying, of course. Kluivert converted his penalty in the Euro 96 shoot-out defeat to France, and his late equaliser gave the Netherlands an entire extra-time period to find a winner against Brazil in the World Cup semi-finals.

However, with every passing year, he moved further away from what was quickly showing itself to be the pinnacle. Suddenly the stakes were becoming higher, and the unthinking brilliance was sabotaged by self-awareness.

This brought the penalty miss against Italy at Euro 2000, and the needless handball which saw his Barcelona side lose their UEFA Cup semi-final to Liverpool the following year.

By the time Kluivert left Barcelona for Newcastle United in 2004, it felt like he was finished, yet he was still in his 20s and still scoring goals.

Goals like this lob against Athletic Bilbao, so impressive that goalkeeper Imanol Etxeberria gave up on worrying about it and just let the ball float goalward as he admired the skill.

Kluivert never stopped having this ability; the problem came from the fact that it often failed to lead anywhere in a larger sense.

His time at Barcelona was anything but unsuccessful on a personal level, as he consistently scored at a rate of once every two games, but his baseline had been shifted.

Trophies were scarce – again, he started with a title before having to make do without that glory resurfacing – and by the time he left it was nine years since his one and only European triumph.

If Kluivert’s goals and achievements had been arranged differently he’d likely be looked at with even more admiration. Two hundred career goals, titles with three clubs in two countries and more international goals than all but three players from his country – a great footballing nation – is a record not to be sniffed at.

The problem with hitting your pinnacle of success right away comes from the fact that you’re still around a decade later and people forget quickly. Even Ronaldo needed the redemption story of 2002, and even that had faded from memory a few years later when he was back in Brazil.

There are plenty of players whose quality increases with the benefit of distance. Calculating how far that distance needs to be is often the hard part.

The 13 most profitable youth academies in the world since 2015