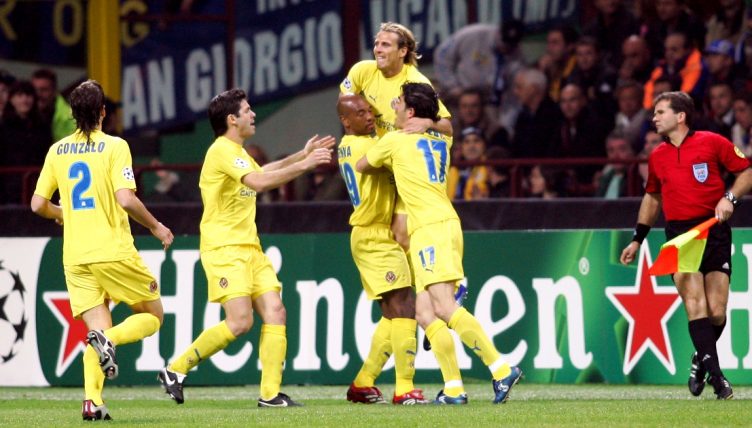 Villarreal have earned their fair share of admirers throughout their spell in Spain’s top-flight, as they consistently punch above their weight to compete with La Liga’s elite.

Based in the Castellon province just north of Valencia, with a population of 50,000, the ‘Yellow Submarine’ were relative newcomers to La Liga, first winning promotion in 1998 before going straight back down.

Following this initial setback, Villarreal established themselves as a regular top-half side despite their relatively small size compared to other clubs like Sevilla and local rivals Valencia, who boasted much larger stadiums, resources and reputations.

When Manuel Pellegrini took the helm in 2004, Villarreal had never finished higher than 7th, but the Chilean coach worked miracles, finishing 3rd in his first season. This meant that Villarreal qualified for the Champions League for the first time in their history.

First appearing in the third qualifying round, the Yellows controversially overcame Everton, after referee Pierluigi Collina ruled out a late Duncan Ferguson goal which would have seen the tie go to extra time.

After progressing from a group that contained Manchester United, Benfica and Lille, Pellegrini’s side would go on to knock out Rangers before facing Inter Milan.

Uruguayan hero Diego Forlan scored in the first minute of the first leg away at the San Siro, but goals from Obafemi Martins and Adriano meant that Inter headed to El Madrigal with a 2-1 aggregate lead.

However, Villarreal pulled off yet another shock underdog result, winning 1-0 to progress to the semi-final on away goals. A club from a tiny town, who 10 years earlier had never played in the topflight, was two games away from the Champions League final. 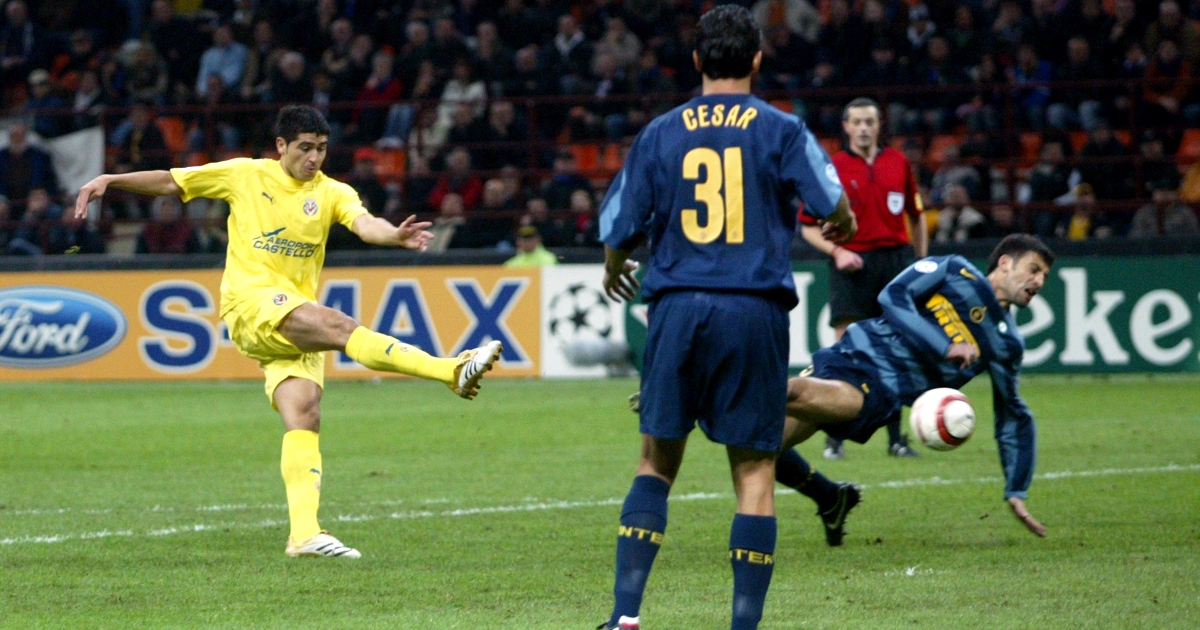 The only obstacle that stood in their way? Arsene Wenger’s Arsenal. Both teams were aiming to reach their first final, but after a Kolo Toure winner at Highbury, Villarreal headed home aiming to pull off another miraculous result. They came so close.

Dominating the game and creating chance after chance, including a glorious opportunity for Forlan, it was quite unbelievable how they had not snatched a goal. That was until the last minute of normal time: Gael Clichy pulled down Jose Mari in the box, and Juan Roman Riquelme had the chance to equalise from the penalty spot.

The mercurial Argentine playmaker placed his shot to the right of the goal, but was left in shock as goalkeeper Jens Lehmann guessed correctly and palmed it away. Arsenal had reached the final, but Villarreal earned plenty of fans during their run. A team that was relatively unknown had gone toe to toe with some of Europe’s biggest clubs.

Their 7th place finish that season meant that they had to wait another year before returning to the Champions League.

When Juan Román Riquelme gave Inter Milan the run around whilst at Villarreal in 2006… 🎩 pic.twitter.com/YUYAHPvKCW

Losing the Champions League semi-final in that manner was a gut punch for the club as they were heading into a season of change.

Juan Pablo Sorin and Riquelme both left the club, but the signings of Robert Pires, Matias Fernandez and Cani meant that there was a new look side heading into the La Liga season. Villarreal improved on their 7th placed finish, ending the season in 5th and four points off Valencia in 4th place.

The 2007-08 season was one of the greatest. Despite the departure of Diego Forlan to Atletico Madrid, the arrivals of Giuseppe Rossi, Santi Cazorla and Diego Lopez allowed Pellegrini to build a side capable of playing high-quality attacking football.

Predominantly using a 4-4-2 formation, Villarreal achieved excellent results throughout the season, including doing the double over Barcelona and Valencia.

A 5-0 loss to Real Madrid at the start of the campaign was quickly forgotten about as the side remained fairly consistent throughout. Six consecutive wins in the run-in meant that Pellegrini secured a club high 2nd place finish on 77 points, a record which still stands to this day.

Not many clubs of Villarreal’s stature have an alumnus as strong as the Yellow Submarine, and the Pellegrini era was notable for this.

Diego Lopez, Capdevila, Godin, Soriano, Cazorla, Senna, Rossi and Forlan all became international stars whilst at the club and some will go down in football folklore for their playing style and iconic performances.

Rossi was Villarreal’s record goalscorer until this season, when Gerard Moreno eventually overtook him, whilst Godin became one of La Liga’s greatest defenders at Atletico Madrid.

Soriano retired a one-club man after over 400 Villarreal appearances and Santi Cazorla spent a few years at Malaga and Arsenal before making an emotional return to the club where he spent his formative footballing years.

Gerard Moreno has now scored more goals for Villarreal (83) than any other player in the club’s history, breaking Giuseppe Rossi’s record.

Villarreal formed yet another iconic team in yellow in 2010-11 when they finished fourth under Juan Carlos Garrido, but suffered a shock relegation the following season.

Coming straight back up, the club from Castellon has embraced its underdog status, enjoying Europa League football on a number of occasions, before finally winning their first major trophy under Unai Emery.

Even though the 2000s saw no trophies, it remains a crucial part of Villarreal’s history, where club legends were born and the admiration of the football world was won.

READ NEXT: A tribute to Luis Garcia at Liverpool – and a connection you can’t fake