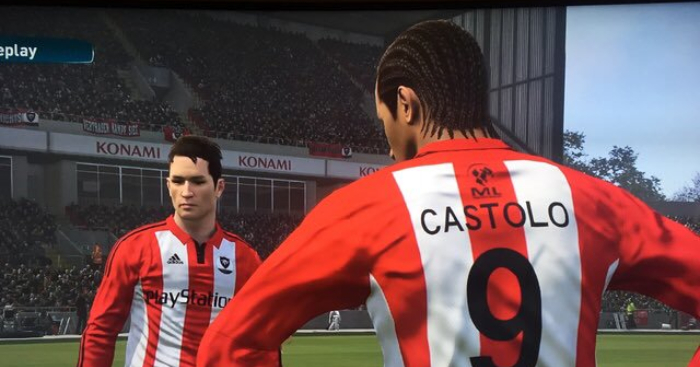 Growing up as a gamer and football fan in the 2000s there were really only two types of people: FIFA fans and Pro Evolution Soccer gamers.

And while FIFA had the official kits, familiar player names and fully-licensed teams, Pro Evolution Soccer – known colloquially as PES or Pro Evo – was the superior gaming experience, even if you were playing as Middlebrook or the Merseyside Reds.

Many an hour/day was lost to Konami’s flagship football sim, often in the company of friends from school, and later university, locked in seemingly endless cycles of “winner stays on” matches.

Something of a precursor to FIFA Career Mode by way of Football Manager, Master League put you in charge of a team of Mighty Ducks-style footballing misfits.

The aim was simple: to mould them into a winning team season by season or, at the very least, accumulate enough funds so you could go out and buy the Emperor in his pomp, Adriano.

A rag-tag team of diamonds in the rough, one-trick ponies and the occasional dud, the default Master League squad’s entirely fictional line-up remains a thing of beauty to anyone who has ever played and loved Pro Evolution Soccer.

Lining up in the default 3-5-2 formation, here is that classic line-up revisited in all its glory.

He may not have had the cat-like reflexes of his fellow Russian Lev Yashin, or even Dmitri Kharine for that matter, but Ivarov was a steady pair of hands between the posts well into his 30s.

All of which was great, because it meant you didn’t have to splash out on a new goalkeeper early on into your Master League tenure. Just don’t go relying on either of his back-ups– we’re looking at you, Kelsen and Zamenhof, with your crisp packet hands.

The best out-and-out tackler on offer in the team, Valeny was an absolute rock at the back and the defensive foundation upon which any debut season on Master League was built.

Strong, good in the air and versatile as either centre-half or as a full-back, Valeny also offered a John Terry-esque threat from corners and was a lot more likeable to boot.

The only real drawback was his age, which left you facing your first managerial dilemma as the game went on and he was increasingly off the pace.

The blonde-haired, blue-eyed Swede went by the name Stromer in some earlier incarnations of the game and even became German in some later versions.

Whatever the case, he added a certain authority to the backline and was another defensive stalwart during those rocky early days on Master League when the goals are harder to come by. Noted for his positioning, Stremer also often ended up taking an early bath after lashing out with a rash tackle late on in a 3-0 defeat.

Entirely his fault, of course.

One of the great joys of Pro Evo came with the taking of free-kicks on the game. While the likes of Roberto Carlos and David Beckham came complete with their trademark run-up, having a dead ball specialist on hand made a real difference to any team.

That was where Jaric came in. As a defender, he really wasn’t all that hot, but his wand of a left peg made him a valuable asset when it came to taking corners and free-kicks.

In that sense, he wasn’t all that dissimilar to Carlos. He also went by the names Dulic and Daric in earlier versions of the game. Either way, he was one of the first names on the teamsheet. 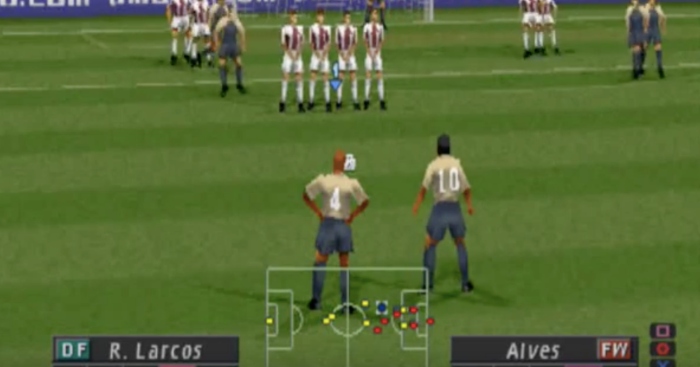 READ: An ode to R. Larcos, the best Pro Evo player who only sort of existed

Not to be confused with the real-life Inter Milan flop, Dodo was the hardman defensive screen blessed with possibly the only permed mullet to make it past the millennium.

A yellow card magnet during that early period of adjustment to the rigours of the game, the Brazilian could double up as a full-back if required but was far better deployed as a central midfielder, where he had a line in delivering David Batty-style justice to opposing players.

With a name best pronounced in the same way you would John Fashanu’s trademark “awooga!” on Gladiators, Iouga was the captain and heartbeat of any good Master League default team.

More of a ball-playing all-rounder than his midfield partner Dodo, Iouga could pass just as well as he could tackle and was capable of filling in at centre-back if required.

A no-frills, meat-and-two-veg kind of player for PES fans, he was also possibly the most iconic Romanian to play the beautiful game since Gheorge Hagi – and that includes Dan Pet Rescue.

The David Beckham of the Master League setup thanks to his striking good looks and shiny, golden locks, Espimas may not have had a cross in his locker to rival Goldenballs but, as a winger, he had pace to burn and was a great passer of the ball too.

Being an absolute workhorse took its toll on the Frenchman of course, and you would often have sub him off with a third of the game to go after you spent the previous hour of the running him at full pelt up and down the right flank.

Undoubtedly the coolest name on the team sheet, Ximelez sounded like the sort of player Newcastle United would have signed during Kevin Keegan’s ill-fated second stint as the club, as a favour to an agent friend of Dennis Wise. He played a bit like that too.

A capable enough winger, the fact is he was regularly outshone by Espimas, who was just better at everything. Even so, Ximelez was a useful enough addition to the team’s attacking midfield trident, even if he did have the fitness levels of Neil Ruddock combined with the injury record of Darren Anderton.

What a team this was on the first Pro Evo. Castolo the clinical finisher, Miranda the supplier and Ximilez the ginger wizard. pic.twitter.com/ibEM6PIhC2

The man who pulled the strings, Minanda was the undoubted jewel in the crown of the starting XI. The Portuguese playmaker was a heady mix of Andrea Pirlo and Juan Roman Riquelme.

Like Pirlo in his New York City days, Minanda’s pace and energy were almost non-existent at times but he still had a silky grace on the ball. Fortunately, like Riquelme in his Argentina pomp, he also had a keen eye for a through pass, with often sensational results.

Get the ball to Minanda and something magical could happen.

A target man by trade, Ordaz was the Niall Quinn to Castolo’s Kevin Phillips. A commanding presence in the air, he may have lacked some of the same poise with the ball at his feet but the Spaniard had a knack of popping up in the right place at the right time to score a tap in following a fortuitous goalkeeper parry.

Noted for a lack of pace, Ordaz’s curtains hairstyle gave him the feel of a 1990s throwback. Think Lee Chapman chuffing his way through those later spells with West Ham and Ipswich and you are pretty close to the Ordaz experience.

The man, the myth, the legend. Castolo was the flair forward who brought pace and ingenuity to the team’s frontline. While other players came and went as the seasons rolled by, Castolo kept his place thanks to his versatility as a striker, support striker or even winger.

Notable for his cornrow’s hairstyle, which was a super cool look at the time, Castolo was the team’s primary attacking threat thanks to some impressive movement and a certain swagger in the way he held himself on the pitch. He also proved the perfect foil when the day finally came to sign Pro Evo’s greatest player, Adriano.

Macco: The Welsh wide-man was a solid presence to bring on for the last half hour of a game, whether chasing a goal or looking to consolidate your position. Not the most spectacular of stars, you always felt like he was giving it his all.

Stein: A kind of crap version of Roy Keane in that he was an Irishman who played in central midfield, the various disciplinary problems incurred as a result of the multitude of yellow and red cards picked up by Iouga and Dodo meant Stein got plenty of game time.

Burchet: A wide-forward by trade, the fact that few formations on the game called for a player in this position made Burchet a bit of an anomaly. Still, the one thing he had in abundance was pace. Burchet was probably the fastest player in the whole squad. It’s just a shame that that was pretty much his only real asset – he couldn’t cross, he couldn’t pass and he certainly couldn’t shoot. Still, that pace…

Huylens: The Ole Gunnar Solskjaer of the team, Huylens often made a real, game-changing impact on proceedings when coming into the fray from the bench. Just don’t expect him to deliver week-in, week-out. For whatever reason, the Dutchman just couldn’t do it over 90 minutes and, like Samuel L. Jackson’s Nick Fury in the Marvel movies, was largely restricted to cameo appearances.

READ NEXT: An ode to R. Larcos, the best Pro Evo player who only sort of existed