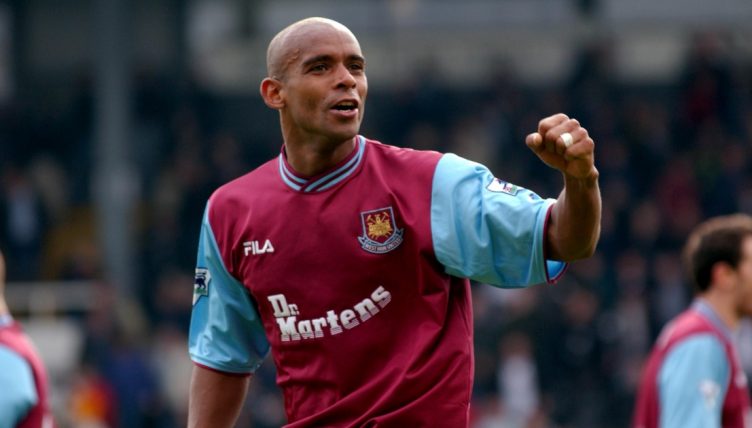 Trevor Sinclair is a name synonymous with overhead kicks – and one, in particular, has stood the test of time.

You can probably picture it now. A freezing cold afternoon at Loftus Road, probably the most Subbuteo-esque stadium around, the deep cross that hangs in the air like a hummingbird, Sinclair spinning on his axis as if enacting a cheat code on table football and the sweetly-struck ball looping over the goalkeeper before nestling in the net.

Yes, Sinclair’s goal against Barnsley back in the FA Cup Fourth Round in 1997 will always be regarded as one of football’s spectacular efforts. The awe-struck whoops of those in attendance, instantly aware that they’d seen something special, gave the game away in that regard.

In the intervening 25 years, every overhead or bicycle kick has been subconsciously rated on the ‘Sinclair Spectrum’ – for example, Wayne Rooney’s effort in the Manchester derby would rank as a four (shin) – and the player’s legacy has been secured.

But, outside of that moment, Sinclair was an underrated player with many more strings to his bow.

After making his name at QPR, the winger moved to West Ham in 1998 for the fee of £2.5million, while Iain Dowie and Keith Rowland were sent in the opposite direction.

The authorities would later fail to convict Harry Redknapp for having a bank account in the name of his dog, but they should have been able to nail him for the Sinclair deal.

He instantly made an impression at Upton Park. Notoriously hard to please, West Ham fans were taken by Sinclair’s work rate and unselfish play. Five goals in his first six appearances also helped.

Built like a middleweight boxer and possessing a backside that makes Raheem Sterling’s look like a stick insect, Sinclair was an explosive player who fitted perfectly into Redknapp’s band of enigmatic entertainers.

Fast forward to Boxing Day 2001 and Sinclair would score another overhead kick that nobody ever talks about but that’s equally worthy of celebration.

Perhaps that’s due to the unfashionable nature of the fixture or because the only surviving footage is a grainy YouTube recording made by a drunk Match of the Day cameraman on his day off. But it epitomised Sinclair’s eye for the spectacular better than his previous clip-show staple.

Redknapp had been replaced by Glenn Roeder and, after a slow start, West Ham were slowly regaining their best form before the visit of struggling Derby County.

The Hammers were already leading 2-0 before Sinclair scored a goal so outrageous that it’d be illegal in parts of North America.

Paolo Di Canio, whose own preposterous scissor-kick volley against Wimbledon had been created by Sinclair’s raking crossfield pass, chipped a short corner to the nearby Joe Cole.

Already the golden boy at Upton Park, Cole’s penchant for tricks and flicks was indulged by a bewitched fanbase. He may have been more effective at Stamford Bridge, but the Chelsea version of Cole would never have swept over a cross after taking a single steadying touch.

Sinclair was hovering at the back post. Despite the presence of three Derby defenders, he had the imagination to contort his body like a piece of Play-Doh and strike a brilliant volley past the startled Mart Poom.

The ball hadn’t touched the ground between Di Canio’s corner and resting in Poom’s goal. It was some way for Sinclair to end his year-long goal drought.

It was the kind of goal to catch Sven Goran Eriksson’s attention. The England manager had tried everybody from Emile Heskey to his local barman in the troublesome left-sided position and Sinclair found himself selected for the 2002 World Cup following a late injury to Danny Murphy.

Following another injury to, contain your shock, Owen Hargreaves, the Mancunian was called upon to face Argentina and was outstanding during England’s famous 1-0 win. He kept his place for the rest of the tournament, including the quarter-final defeat to Brazil.

His World Cup adventure was a fitting reward for a player who struggled to gain wider recognition at West Ham. It was almost as if Sinclair was typecast by that QPR goal and people refused to accept him as a great player in his own right.

But this was a talented winger who always looked delighted to be playing football and spread that joy wherever he played.

That was never more apparent than when scoring the best overhead kick you’ve never seen.