An ode to Antonio Valencia, the winger turned world-class right-back 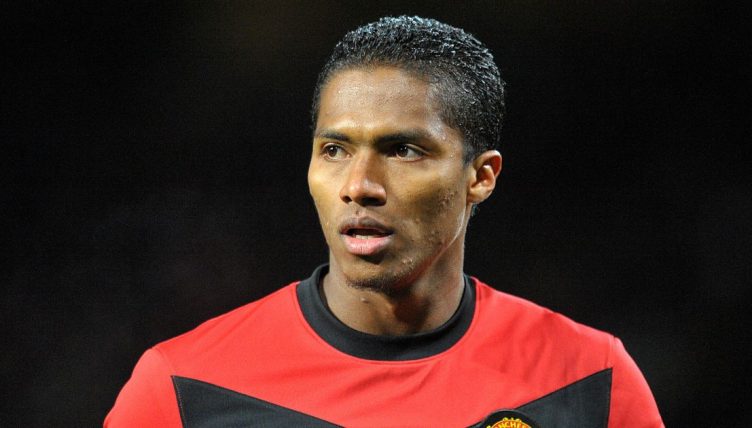 Antonio Valencia thought he was finished at Manchester United in 2015 – and there were many United fans who shared that belief.

“There was a time when I saw players of the class of Angel Di Maria and Memphis Depay arriving and wondered if my time was reaching an end,” Valencia said in 2017.

His concern was understandable. Di Maria and Depay were bought for big money, and both offered more variety and subtlety than Valencia’s raw pace and power.

However, Depay enjoyed the lifestyle and profile that comes with being a United player but rarely the graft and sacrifice demanded in return. Di Maria appeared to despise both.

To Valencia, the answer came naturally, more than it might to some modern players: “I just concentrated and trained hard.”

The result? The winger became “the best right-back in the world”, according to Jose Mourinho.

From the Special One, that is high praise indeed – and there has been plenty more. All of which is even more impressive given Valencia was a late convert to a position he excelled in but never regarded as his natural habitat.

Yet Valencia became one of Mourinho’s ‘blue-chip players’, as the Portuguese’s mentor Sir Bobby Robson used to describe his most trusted lieutenants. Alongside David de Gea and Zlatan Ibrahimovic, Valencia was one of the first names on Mourinho’s teamsheet.

An incredible physical specimen, who will play wherever required with minimum fuss and maximum effectiveness, it is easy to see why. The Ecuadorian is a coach’s dream.

Sir Alex Ferguson first identified those qualities in 2009, when he signed the right winger from Wigan for £16million. Valencia’s assigned task? Replace Cristiano Ronaldo, the World Player of the Year.

Resigned as supporters may have been to Ronaldo’s exit, his replacement hardly set pulses racing.

Yet he was still the club’s highest-profile signing during a summer in which ‘Glazernomics’ were seen to be taking effect. Following Valencia through the door came Michael Owen, Gabriel Obertan and Mame Biram Diouf. 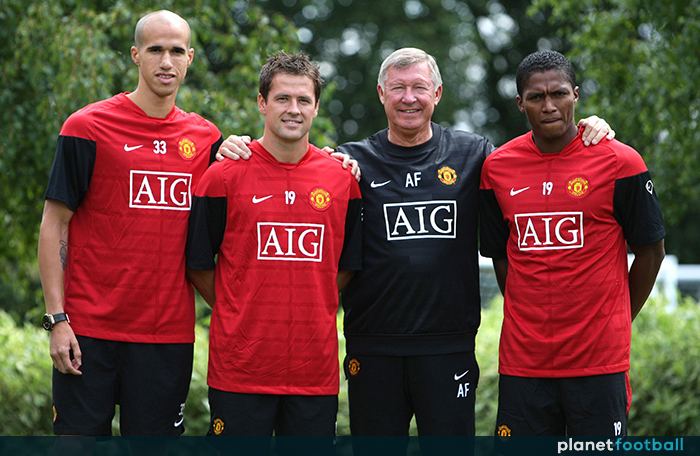 Not that following Ronaldo was likely to faze Valencia. The then 24-year-old already had enough self-awareness to know he could never emulate the Portuguese star – who could? – but he settled in quickly and got up and down the line like a freight train.

Some, though, said he changed direction like one too. Here was a winger who didn’t seem to have a trick in his locker, nor the ability to do anything with his left foot other than stand on it.

It didn’t matter initially. During his first season, Valencia contributed seven goals and 13 assists, many for Wayne Rooney, who thrived in stepping out of Ronaldo’s shadow by notching 34 goals.

It was all very simple. Like David Beckham before him, Valencia simply sought a yard, but his delivery was different. Rarely whipped, it was either dinked from the byline or smashed across the face of goal like an Exocet missile.

Nani was on fire against Bayern Munich on this day in 2010. #Mufc #UCLpic.twitter.com/hOKWr32CRW

Valencia was as functional as a winger could be. He was fast, powerful and direct, and even though defenders knew what was coming, that didn’t make him any easier to stop.

A dislocated and fractured ankle, however, halted Valencia in his tracks during his second season at Old Trafford, forcing him to miss six months of United’s campaign, though he still returned in time to help the Red Devils win their 19th league title and reach the Champions League final.

Valencia’s slow transition to right-back began in the 2011-12 season. While chopping and changing between Phil Jones and Rafael, Ferguson occasionally instructed the winger to play a more defensive role.

“The manager asked me to fill in at right-back because two or three of my team-mates were injured,” Valencia told manutd.com.

“I was obviously happy to do that, especially when he mentioned that it was only for a brief period! I am more comfortable in my own position.”

After winning United’s Fans and Players’ Player of the Season awards during Ferguson’s penultimate campaign, Valencia was handed the No.7 shirt. 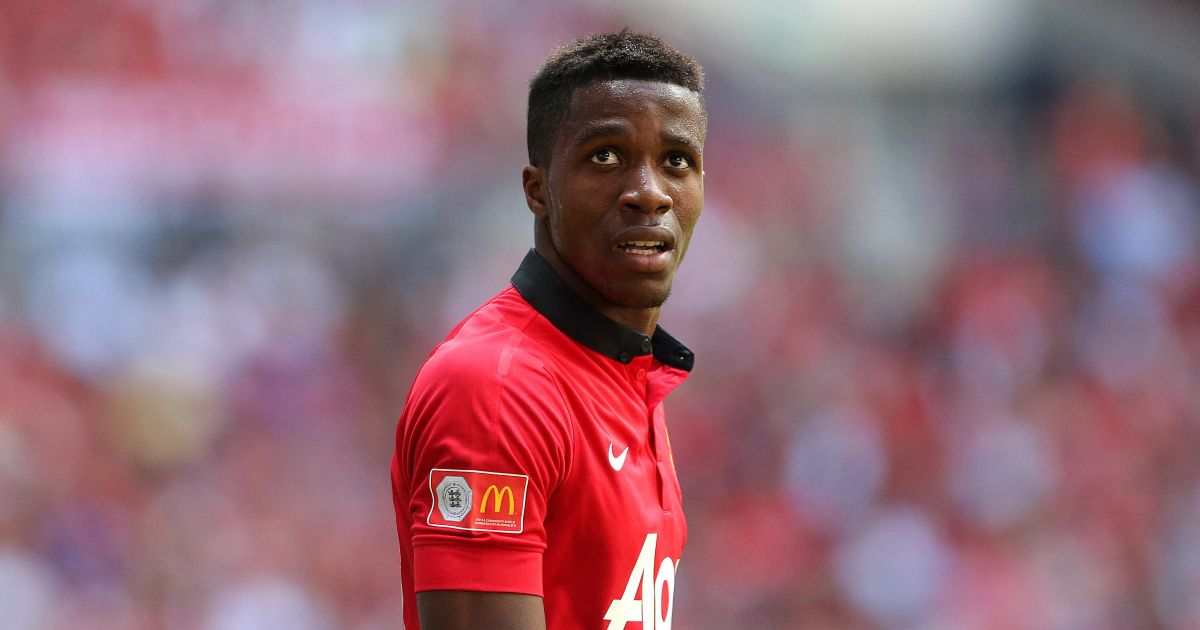 READ: Ranking every winger signed by Man Utd since Cristiano Ronaldo in 2003

With the jersey of Bryan Robson, Eric Cantona, Beckham and Ronaldo on his back, Valencia’s form dipped, with the winger contributing half the number of assists and a quarter of the number of goals he had the previous year, despite his role remaining the same.

Valencia reverted to No.25 when David Moyes showed up at Old Trafford in 2013. The new boss allowed the former Wigan winger to spend most of his playing time in his preferred role, but, perhaps having watched an increasing number of his crosses test the strength of defenders’ shins, Louis van Gaal immediately recognised the Ecuadorian’s suitability to a deeper position.

The Dutchman’s first season marked a watershed moment in Valencia’s career as he played more often at full-back than as a winger.

With Di Maria and Depay being recruited and Jesse Lingard emerging through the ranks, Valencia embraced the opportunity Van Gaal was offering.

The attacker-turned-defender was occasionally caught out position, which is to be expected of a rookie full-back, but unsurprisingly for a player who listens as hard as he works, the transition was relatively smooth. 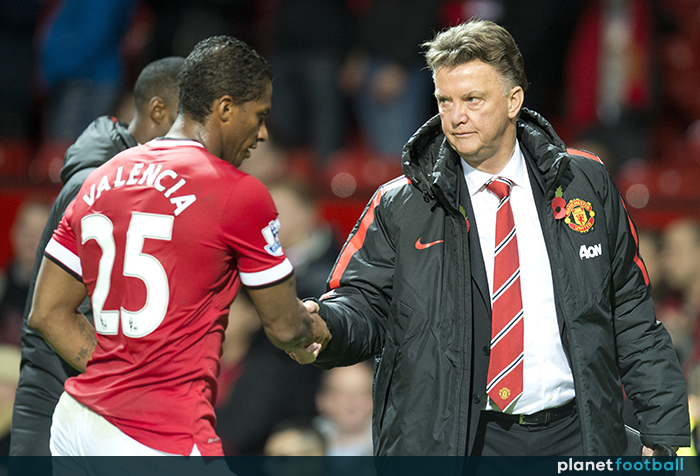 “I quite enjoy it, I’m happy there,” he said as Van Gaal’s first season drew to a close. “It works well and I’ve played a lot there this season.”

“This is different to the position I’m used to playing in, where you can be less cautious when attacking.

“It’s been a hard position to learn, but the key is to keep your concentration for the entire 90 minutes. You’ve really got to be on the ball for all that time.”

Having seen off Rafael, Valencia faced another challenge in the shape of Matteo Darmian.

But the Italy defender’s versatility appealed to Van Gaal, and that, combined with Darmian’s mixed form, gave Valencia the opportunity to again make the position his own.

Mourinho wasn’t especially impressed with Darmian, but he didn’t have to be. Valencia’s desire and strength – mental and physical – made him perfect.

Valencia fractured his arm during a Manchester derby League Cup tie but played on until the final whistle, then took just 24 days to recover from surgery before earning the man of the match award against Arsenal immediately upon his return. 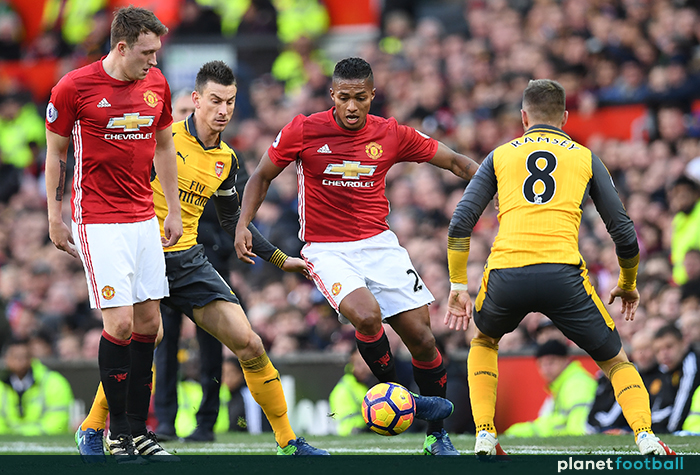 By this point, United’s opponents had long since stopped doubling up on Valencia when he received the ball to feet, and Old Trafford fans grew tired of the sight of the winger squaring up a defender one-on-one before taking the ball back across his body before rolling it back to a team-mate.

Running from deep, however, looking for overlaps and penetrative passes allowed him to get behind opponents and burst into space often without the need to outfox an opponent.

Mourinho should not be credited for turning Valencia into a flying full-back – that process began long before his arrival. But he walked through the door at Old Trafford with a plan for Valencia that was hatched a long time ago.

“I tried to sign Antonio when I was at Madrid,” Mourinho said. “Even though he was not playing right-back at the time, I thought he could be phenomenal in that position.”

It turns out he was right.