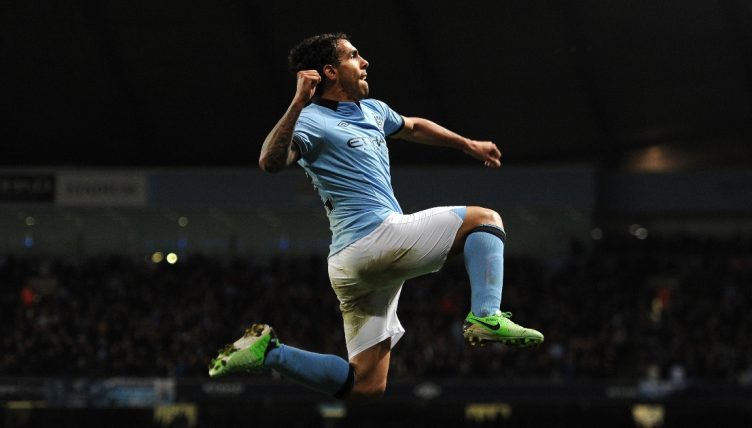 Over a decade has passed since that infamous ‘Welcome to Manchester’ post, and Carlos Tevez remains a controversial but ultimately brilliant footballer.

We will never know exactly what happened in the summer of 2009 when Carlos Tevez left Manchester United for cross-town rivals Manchester City. It was a messy saga of contractual loopholes, opaque transfer fees and, of course, the involvement of super-agent Kia Joorabchian.

Tevez claimed United failed to make an offer; United claimed otherwise. In the end, however, it was City who ‘welcomed’ the Argentine to the city in which he already lived, and in which he was already a hero.

One thing is for sure, though. Having won Premier League, Serie A and even Chinese FA Cup medals over the last decade, we can reasonably conclude that Sir Alex Ferguson was wrong about Tevez.

Wrong, obviously, to shun him for the less workmanlike Dimitar Berbatov. Wrong to think that a checked-out Michael Owen could fill his boots (and those of Cristiano Ronaldo).

And wrong, so very wrong, to say this: “The fans quite rightly have their heroes and I was happy to go along with the deal as long as it was the right one but, quite simply, he is not worth £25million.”

Of course, that may have been Ferguson’s pride talking. If Tevez turned down United for a better deal at City, it would be logical — if a little petty — for Ferguson to act like his side had been in the driving seat all along, autonomously declining the permanent option on the Argentine on the basis of it representing poor value for money.

But if the Scot truly saw better value in Antonio Valencia, Gabriel Obertan and Mame Biram Diouf, then time has cruelly contradicted him.

A career to envy

Tevez, for all his supposed controversies, has had a brilliant career. From his barnstorming early days in South America to his season-saving heroics for West Ham, all the way to his free-scoring stint at Juventus, the Argentine has time and again proved himself one of the most effective and unique forwards of recent times.

Goals, teamwork and an infectious tenacity even made him one of the highest-paid players in the world for a short while.

His career highlights are many and varied. At just 19, an electric Tevez played a huge part in Boca Juniors becoming champions of Argentina, South America and, arguably, the world. (That one depends on your feelings about the ‘Intercontinental Cup’.)

So good were his performances at the 2003 Copa Libertadores, he was named best player and won himself a free car.

At West Ham, his goal against Manchester United may have sparked a long-running legal wrangle, but it was a pure and iconic moment, with Tevez playing a role that seemed to suit him best: that of the underdog.

His English adventure didn’t stop there. Before things went sour at United, the Argentine formed one of the most feared attacking trios in Premier League history, linking up with Ronaldo and Wayne Rooney to win the Premier League and Champions League in his first season.

Berbatov’s arrival may have disrupted that balance, but Tevez went from strength to strength. Because although his reputation deserted him at City, his goalscoring touch did not.

Before and after his enforced gardening leave, Tevez was one of City’s very best players, and he was equally important to Juventus, for whom he contributed 50 goals and won two titles in just two years.

Perhaps what’s most strange about Tevez is the disconnect between his apparent motivational issues and the all-guns-blazing style he constantly showed on the pitch.

A player who defies his manager and refuses to come on a substitute should really play football like, let’s say, the aforementioned Berbatov: hands on hips, lazy frustration etched on his face, maybe even a cocksure slogan written on his undershirt.

Instead, Tevez played like a rabid dog, rarely standing still, rarely complaining to his team-mates, always making life difficult for his opponents.

#ThrowbackThursday to our pick of Carlos Tevez's top 20 goals in a City shirt on the day we signed the Argentinian! #mcfc #tbt 🔥🔥🔥 pic.twitter.com/et0xU3fC8y

And it’s this on-pitch attitude that should ultimately absolve him of any criticism. So what if he made a few transfers based on money? When there was a reason to care, Tevez cared. When there was something at stake, he gave a hundred percent, usually resulting in victory for his team. (To his credit, Man City were 2-0 down when he refused to warm up as a substitute.)

In fact, there’s something quite impressive about Tevez managing to balance his hunger with ice-cool pragmatism.

After he took a ludicrously lucrative deal with Shanghai Shenhua in 2017, he scored just four goals in 20 matches. (For context, his team-mate Obafemi Martins scored 13 times over the same period.)

He was overweight and contributed little to the team, and when he returned to Boca just over a year later, he gave a glorious explanation for being rubbish: “It’s fine because I was on vacation for seven months.”

He wasn’t really joking. In his first five matches back at Boca, he contributed three goals and two assists, helping to secure the fourth Primera Division championship of his career.

Worth £25million? Give him a reason to play for you, and Tevez becomes priceless.

This article was originally published in July 2019.