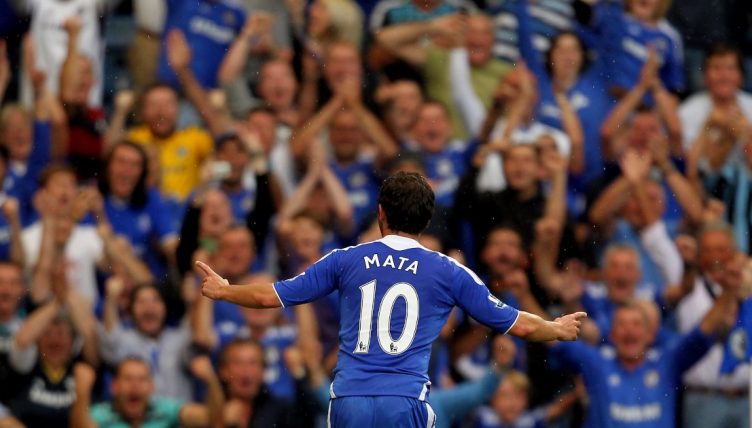 Juan Mata has been at Manchester United for so long now that you could be forgiven for forgetting just how good he was in a Chelsea shirt.

It’s easy to look at Mata as little more than an old family pet, the dog you cherished since it was a puppy and which you keep around for the smile it puts on everyone’s face.

There’s nothing wrong with that, of course. In these desperate times, we all need a friendly constant, but with each passing year as part of the furniture at Old Trafford, Mata’s past as a cold-blooded killer at Chelsea moves that bit further away.

When you consider how tumultuous things were at Chelsea at various points in Mata’s spell there, his ability to get any sort of momentum going is nothing short of a miracle.

Part of this was due to consistency, but he also reached some incredible highs – at a time when a creative Spanish player was still an exotic luxury in the Premier League.

There’s an argument to say United signed Mata simply to prevent him from playing against them, with a volleyed blast and a curling free-kick among the highlights of his displays against the Red Devils, but poor old Norwich suffered even more at the hands of the little maestro.

There was a Boxing Day belter to win at Carrow Road, not to mention the stoppage time strike just days after signing from Valencia, but the moment which best sums up Mata at Chelsea came in a different game against the East Anglian team.

Mata’s name translates [very] loosely as Johnny Kills, and there was something almost matter-of-fact about how he laid on Eden Hazard’s goal, very much in keeping with the noiresque alias.

Indeed, watching goals like this from towards the end of Di Matteo’s reign serve to let our imaginations run free while considering what more seasons of Mata and Hazard in tandem might have provided.

As Mata takes the ball forward following a Norwich attack, the defenders drop deep and stand off in the expectation this will make it harder for him to pick the lock. They couldn’t be more wrong.

In finding the one patch of space to feed his team-mate, his actions are akin to stealing a stranger’s wallet while reasoning with them to explain why such a thing would be impossible. Essentially, he’s flushing Norwich’s head down its own toilet after being invited into the house without even knocking.

Naturally, it didn’t end there. In the second half, with the game already effectively won, Mata went one better.

Some players need to take a couple of touches before laying on an assist. Others only need a single touch, provided they’ve adjusted their body first. Mata needs none of this.

When you’re Juan Mata, you can stand in one spot, stick out a leg, and let the ball do the rest of the work for you.

Is it a backheel? Is it a flick? It’s neither.

This is your mate from five-a-side who’s too lazy to move, except it actually worked. And in a professional football match.

He has often given the impression of a man who is too good to waste his talents on football, to the point where everything great he does seems like a special treat for those watching.

Each time he produces something like this, it’s him deciding we’ve been patient long enough and throwing us a cookie.

The moments of class – or indeed, moments in general – have become less frequent as his Man Utd spell has drawn on, but he shouldn’t be remembered just as the lovely man we all now know him as.